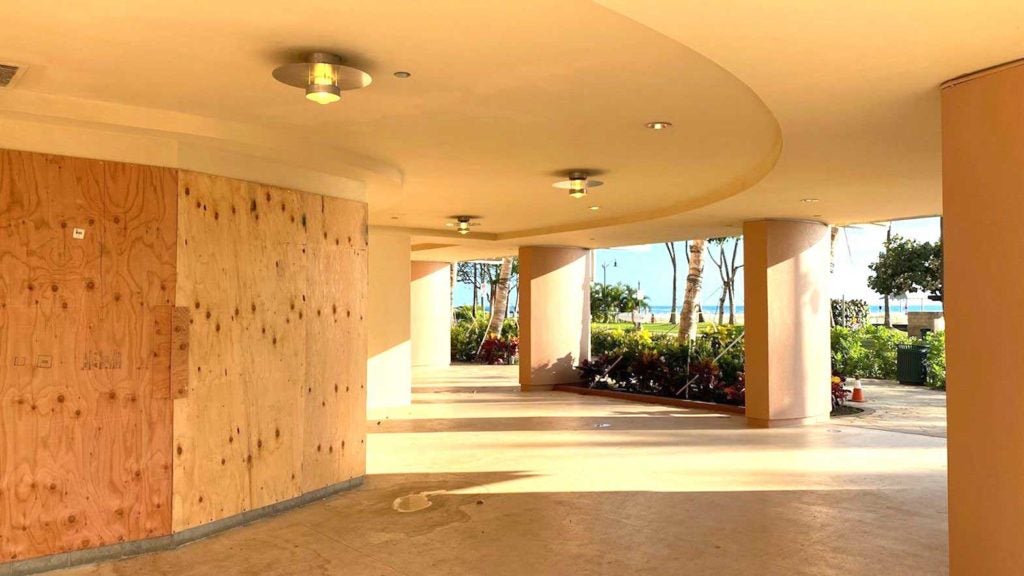 A boarded up hotel lobby in Honolulu. Filipinos make up 23 percent of the population. AP PHOTO

HONOLULU — Hawaii’s seasonally adjusted unemployment rate jumped to 22.3% in April, up from just 2.4% the previous month, as hotels, restaurants and retailers closed amid efforts to curb the spread of the coronavirus.

(Filipinos and part-Filipinos make up 275,728 or nearly 23 percent of Hawaii’s population. About 70 percent of Filipinos live on the island of O’ahu.-Ed.)

Nationwide, the jobless rate stood at 14.7%

The state Department of Labor said Thursday 487,550 people were employed in Hawaii during the month out of a labor force of 627,450.

Grayden Ha‘i-Kelly’s family on the Big Island’s Kona Coast is among those grappling with sudden unemployment. Both he and his wife work for hotels that temporarily shut down in late March.

Ha‘i-Kelly has been using up vacation time since the closure and was getting paid through last week. He’s applying for unemployment this week.

“I got to praise my wife, because she was so patient. Never, ever got angry or frustrated,” he said.

He’s glad they both didn’t apply for unemployment at the same time. Not having both incomes “would have been tough,” he said.

He said the pandemic has taught his family some life lessons, like slowing down more in life, strengthening the family and taking care of others. One thing they have been doing is waking up at 5 a.m. three times a week to go to a local eatery to help prepare food for those in need.

“These are some of the lessons I’ve been trying to teach my children. This is how we grew up. Things weren’t always easy,” he said.

By island, the statistics indicate unemployment is most severe on Maui and Kauai islands. The jobless rate on Maui was 36.1% in April on a seasonally unadjusted basis. On Kauai it was 34.4% and on the Big Island, it was 24%

Ha‘i-Kelly said he wishes he had learned from his grandfather how to fish — and is grateful that he has friends who do and who will share their catch if he needs.