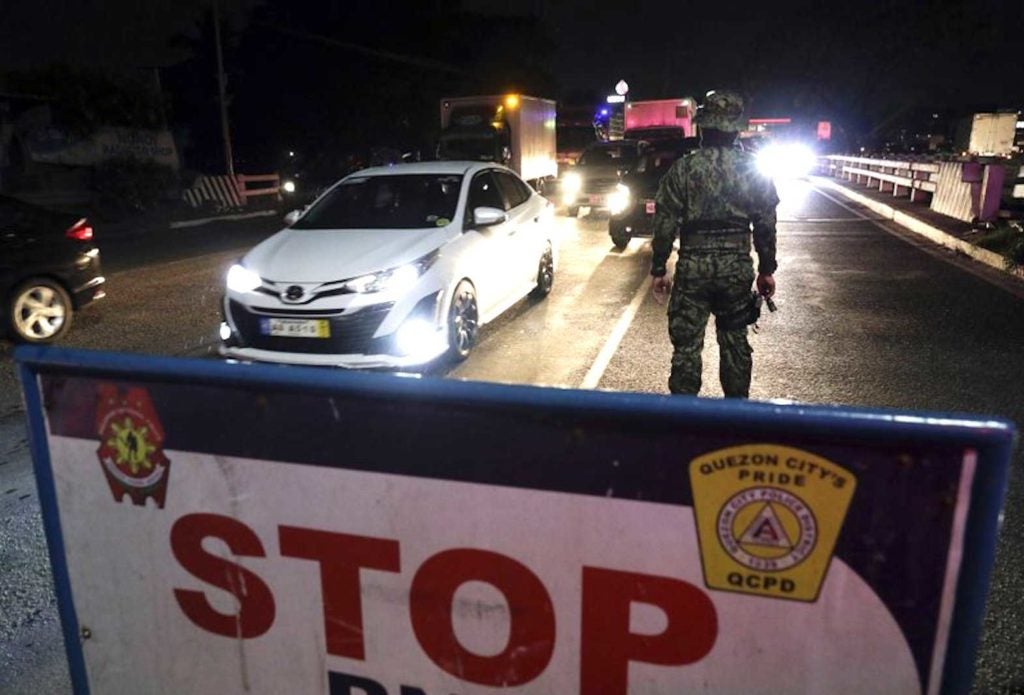 A policeman stands at a checkpoint in Quezon city, metropolitan Manila, Philippines early Sunday March 15, 2020. Thousands of Philippine police, backed by the army and coast guard, have started sealing the densely populated capital from most domestic travelers in one of Southeast Asia’s most drastic containment moves against the coronavirus. (AP Photo/Aaron Favila)

NEW YORK—While the efforts to contain the pandemic can be accurately described as a war, no one seriously thinks it is a war that can be won through bullets and bombs. And while the pending US arms deal worth $2 billion to the Philippines is ostensibly for Manila’s counterterrorism drive, in reality, the deadly weaponry that will include—if the deal is approved—twelve attack helicopters, hundreds of missiles and warheads, guidance and detection systems, machine guns, and over eighty thousand rounds of ammunition, will largely be utilized against dissent, most of it legitimate. Profiting will be Boeing, Lockheed Martin, Bell Textron, and General Electric.

Critics of the proposed arms sale argue that this will only lead to further repression of any and all opposition to the Duterte regime, including and most especially peaceful and democratic voices.

The US is the world’s top exporter of weaponry, as well as being home to the largest weapons manufacturer in the world: Lockheed Martin, which in 2017, had arms sales of $44.9 billion. Another behemoth, Boeing, looks to the Pentagon for a third of its sales, and this past April, was awarded a relief package of $882 million for continuing work on an Air Force project.

From 2013 to 2017, the US was responsible for 34 percent of global sales, selling weapons to at least 98 countries. Saudia Arabia was its biggest client and continues to be a major one, the main reason the Trump administration essentially ignored the CIA’s conclusion that kingdom’s barbaric 2018 killing of Saudi journalist Jamal Ahmad Khashoggi in Istanbul was carried out on behalf of Crown Prince Mohammad bin Salman, whom the victim had been critical of in his columns for The Washington Post.

It’s no secret that the Pentagon and the private defense industry feed off each other. War and bloody conflict, in their view, make for great business—profits before people!—and human rights can and should take a back seat. The defense industry couldn’t give a damn about Duterte’s dismal record on human rights. His war on drugs—really a war on the poor—has caused approximately 27,000 lives lost. The most recent example of his suppression of legitimate dissent has been the shutdown of ABS-CBN, the object of Duterte’s furious broadsides, and this coming at a time when the public more than ever needs ongoing information on the pandemic.

Counterterrorism in the Dutertean context has meant the assassination of human rights activists, peasant and labor organizers, journalists, and environmentalists, with the killings believed to be carried out by the military, the police, and vigilantes operating with protection. The pandemic and the ensuing lockdown—or Enforced Community Quarantine (ECQ)—has provided a convenient excuse for further human rights violations, with orders to shoot quarantine violators. In one instance, Junie Dungog Piñar, a farmer in Agusan del Norte, Mindanao, was shot and killed by police for a lockdown violation. More than 30,000 people have been arrested, some placed in dog cages, others jailed in already overcrowded facilities, that will likely help spread the virus rather than contain it.

The principle is simple in the Duterte mindscape: state violence is the surest way of keeping order. Fascism, plain and simple.

With Duterte obsessed with militarization, there has been little centralized planning for health care, food, and economic relief, so millions are desperate. According to the Center for Strategic and International Studies, while the total number of the COVID-19 cases in the country is 13,597, approximately only 225,000 tests have been administered out of a population of 104,900,000.  The number of those infected, and of the dying, is sure to rise.

The arms deal must be approved by Congress which therefore has the power to stop it. Democrat Representative Ilhan Omar of Minnesota last February introduced the “Pathway to PEACE (Progressive, Equitable, and Constructive Engagement),” a package of seven bills that seeks to reorient U.S. foreign policy and rethink the country’s approach by centering human rights, justice, and peace as the bases of America’s engagement with the world. Military action would be a last resort.

If Congress has any sense, it will, it must, approve, this bill. Ordinary, peaceful lives depend on it.  Copyright LH. Francia 2020