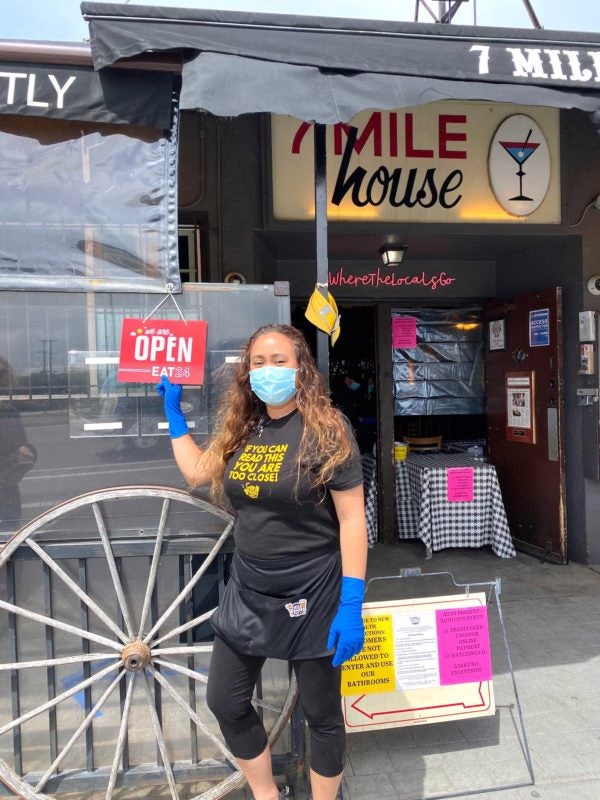 BRISBANE, California –Filipino-owned historic bar-restaurant 7 Mile House reopened for curb side pick-up and delivery service after shutting its doors for nearly two months following the statewide “shelter-in-place” order due to the Covid-19 pandemic.

“Obviously, we needed the funds, but it felt like the right time,” says its owner Vanessa Garcia. “People already know what the rules are, unlike the first few weeks when some restaurants started closing down because nobody was following the rules. So, we didn’t have to endure all that.”

Garcia decided to close down 7 Mile House to protect her family from contracting the virus, especially her 72-year-old mother who lives with her. “And it just seemed like the right thing to do. We didn’t really want to contribute to the spread of the disease, and it was just really scary.”

The sudden winding down of business in the days prior to the announcement of the “shelter-in-place” order also signaled it was time to close down.

“I felt how slow it would have been if we continued to open. We were mega busy before that. I was thinking, I can’t continue… I can’t remain open if it’s going to be this slow. The first month would have been so difficult for us. We wouldn’t have been able to survive. I thought I made the right decision.”

Built in 1858, the 7 Mile House is the last remaining mile house in its original location. Denoting the distances from either the Ferry Building or Mission Dolores in San Francisco to San Jose during the California Gold Rush, mile houses served as rest areas for travelers and their horses. These miles houses, part of a stagecoach line, evolved into thriving businesses that catered to the needs of travelers on their arduous journey through the peninsula that the time took at least nine hours. 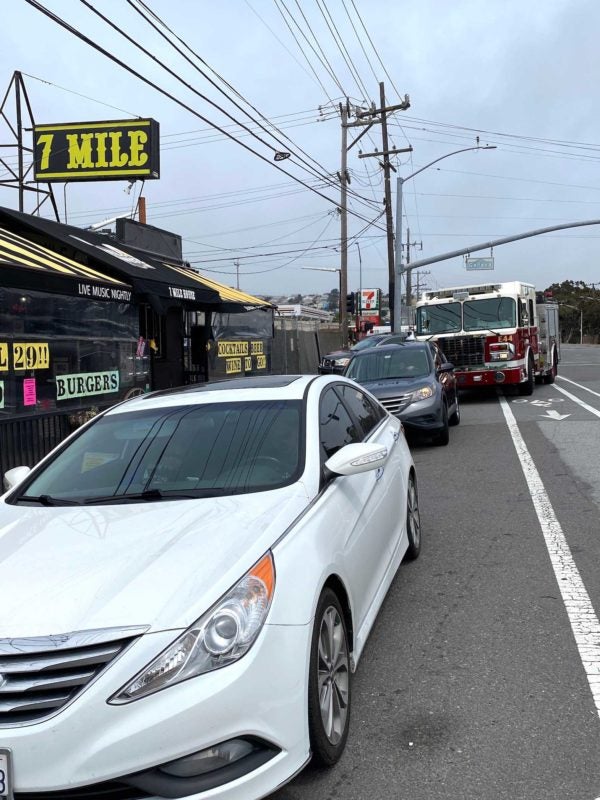 In its 160-year history as one of the oldest bars in the San Francisco Bay Area, 7 Mile House has evolved from a simple stagecoach stop to a “live music venue and a family/dog-friendly bar and restaurant serving American, Italian, and Filipino food.”

It has had its share of notoriety, spicing up its rich and colorful history, with its various incarnations as a hub for gangsters, a brothel, a speakeasy during Prohibition, and as an illegal gambling den.

It has also survived catastrophes within the last two centuries, two major earthquakes, two world wars, and is now in the middle of another pandemic after the flu of 1918. “It’s definitely a very interesting time… something to tell your grandkids about,” says Garcia.

In closing down, 7 Mile House’s 40 employees lost their jobs. But Garcia did not just leave them hanging and worked with them on ways to survive the crisis. “I’ve helped them with unemployment, I’ve helped them speak with their landlords to give them a break, I’ve lent them money so they can pay their rent… I’ve been in close contact with everybody.”

Not all of Garcia’s employees are eligible to apply for unemployment benefits, and this became another reason for her to reopen. She has brought back a few of her employees while keeping in mind social distancing rules. “I’m doing this for them. The people I have right now are just like a fifth of my staff. We’re keeping it just to that core staff so that we have less exposure to each other.”

Garcia considers it “a really good time to rethink our business.” As a bar, restaurant, and live music venue, orders for take out and delivery were not a big part of operations in the past, but now is an essential part of keeping her business open.

“You just have to be really creative and resilient. Just think out the box. If we were only a live music venue and we didn’t have good food or we’re only a sports bar and we only had drinks where would we be now? At least we have our food to lean on.”

Part of her business survival is due to the simple yet often hard act of asking for help, especially in times of need. “I called all my vendors and asked for extension, forgiveness, everything. And 90 percent of them gave me a break. I think a lot of entrepreneurs don’t do this, to just ask, and when I asked, I was given. It’s amazing how all this goodness that’s coming out and people just voluntarily giving you a break.” 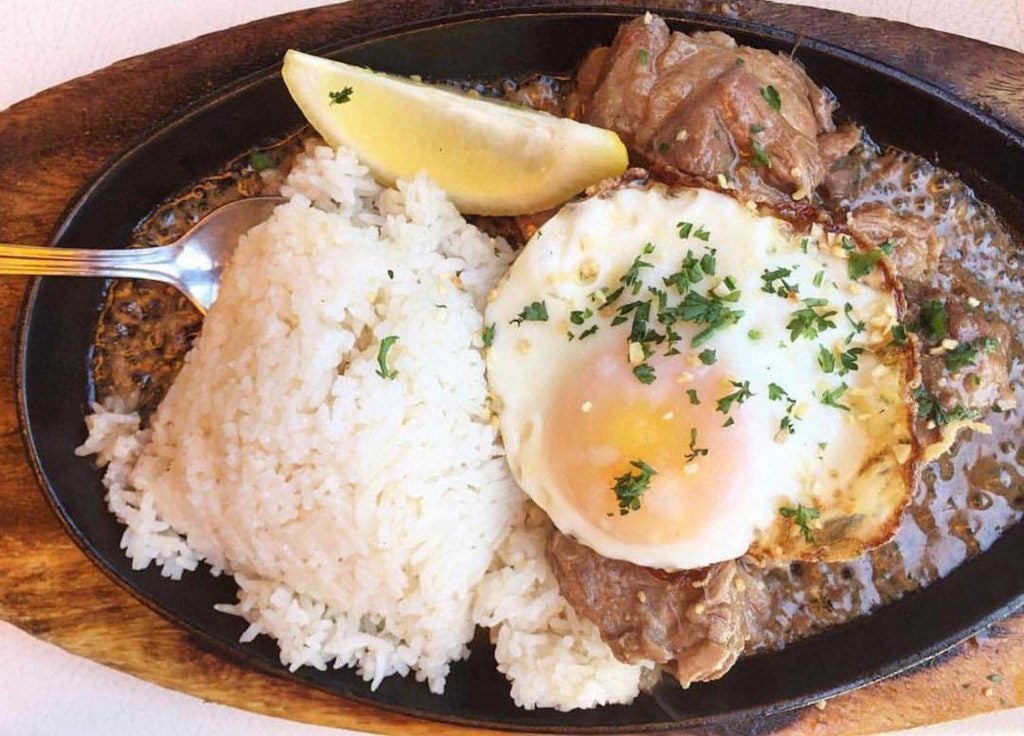 Through social media, Garcia has kept in touch with her customers, many of them regulars and long time patrons. “I want people to know what we’re going through; how we feel for other people, other restaurants. We maintained that connection for two months. I was connecting with everybody. I really don’t want to lose that connection, because to me that’s really important.”

7 Mile House reopened its doors on April 29 to overwhelming support from customers eager to partake of the good food as well as the goodwill Garcia and her business have brought to the community.

“When the day came, we were busy the first day, and then the next day we were busier, and then the next day we’re busier… And I was like, ‘holy cow!’ It felt like this is the culmination of the 15 years of work that we’ve done. The community really came together and helped us out. I cried. I was floored. I really did not expect it at all. I know we make people happy, but to have this connection with my customers deeper than I thought is just unbelievable. It brings us joy to see everybody come back, and is the reason why we do what we do.” 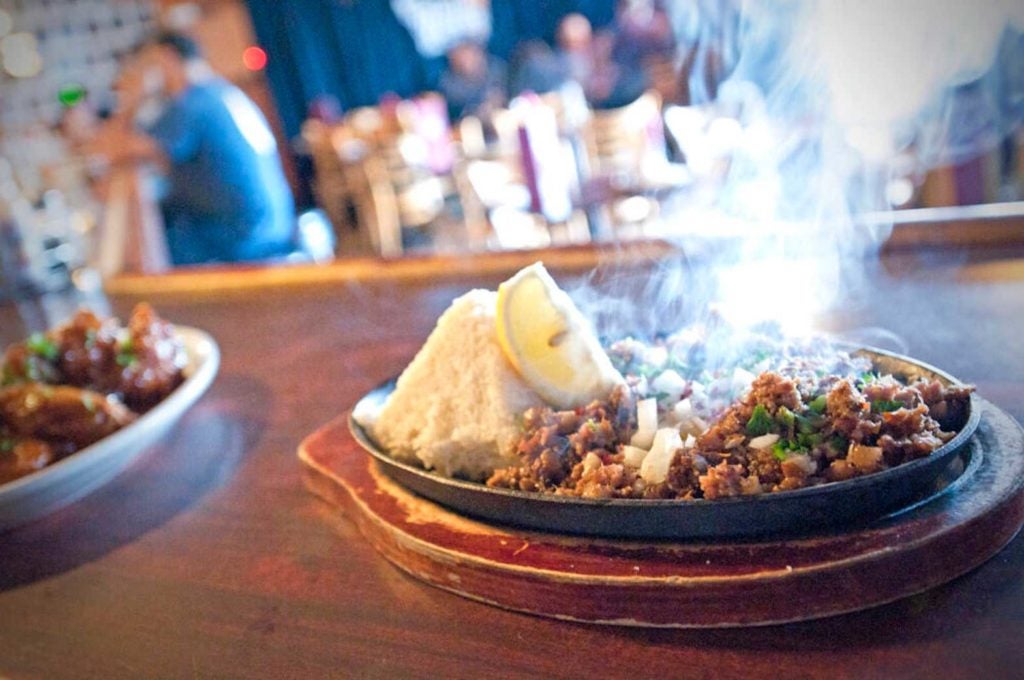 7 Mile House is open from 12 p.m. to 8 p.m. from Wednesday to Sunday for pick up and delivery of online orders from a revised menu, including cocktails to go. It now also has an online “micro-store and liquor store” for pick up only, called The Corner Store, that sells grocery items, fresh produce, pantry items, frozen goods, and more.

With the unavailability of mass testing for Covid-19, Garcia and her crew are doing the best they can in observing the recommended safety guidelines in dealing with customers, orders and delivery.

“On the health side, we’re really careful. I bought that forehead thermometer, so we’re checking everybody every day. We are wearing masks and gloves and doing the temperature thing… but we can only do so much.” 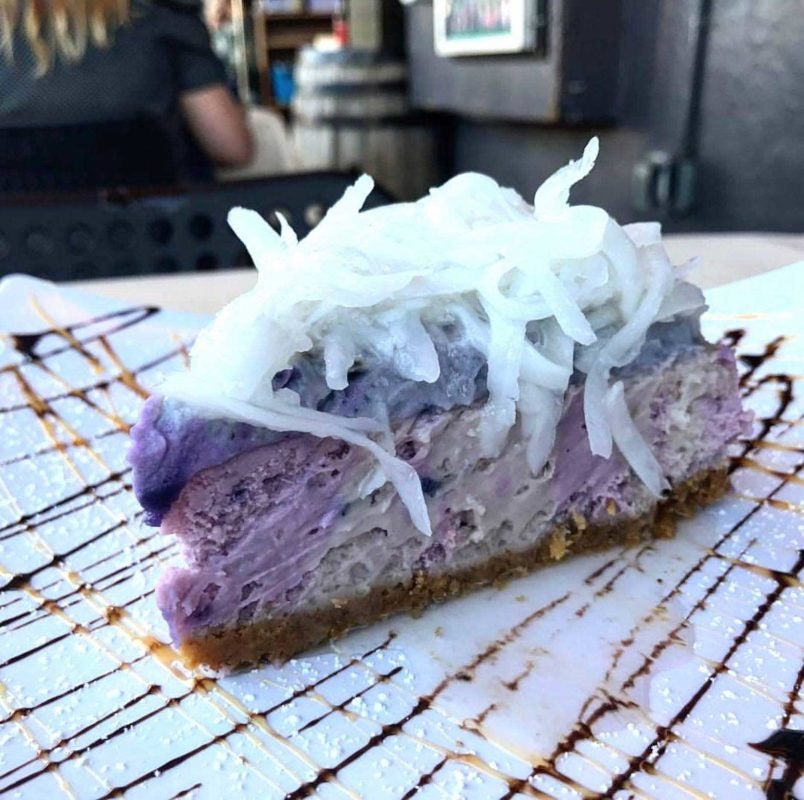 Garcia considers adaptability to change as the key for a business survival in times of crisis. “If you see that change is coming, you have to embrace it, because you have, many times, no control over your environment. You have to be nimble in business.”

Being a small business also has proved advantageous. “We can make decisions on the fly. I don’t have a boss. It’s always my fault, yeah, but I can make a decision right away and use it to my advantage.”

Above all, the unexpected pay off in this time of crisis came from Garcia’s good relationship with customers that has been an integral part of her operations.

“You’re not just cooking for them, you’re not just selling them something. You might want to have a relationship with them because it will actually not just bring better business, but it’ll bring you more meaning in your life.”