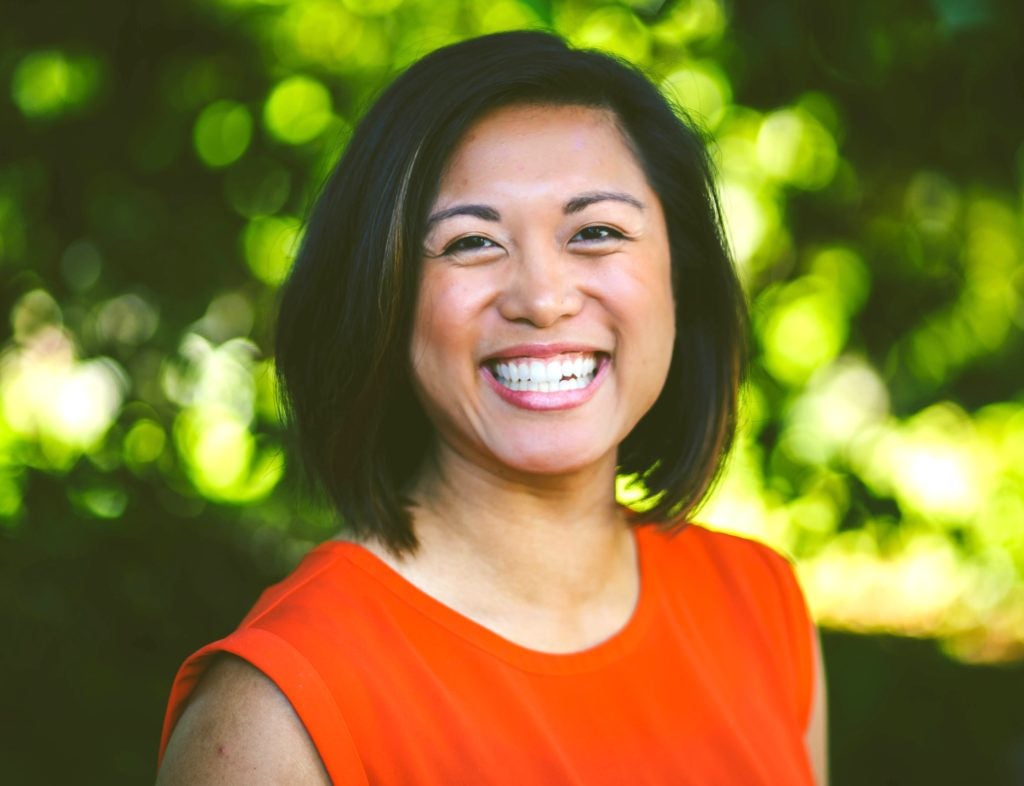 SEATTLE — Filipino American actor, director and playwright Mara Elissa Palma will be performing a one-woman show about words starting with the letter F.

“The tagline is ‘a first-generation Filipina finding her way through family, friends, and fantasy,'” she says. The work will be the result of her involvement in Intiman Theatre’s Emerging Artist Program, an annual summer training series where she’s one of 12 participants.

This year’s theme is “illustrating the new American dream,” where the participants will be creating and performing autobiographical pieces.

“I’ll be tackling my own struggle with growing up under many strong female role models and coming into my own femininity using what they taught me,” she says.

She’ll also incorporate her complicated relationship with her father as well as “some other male figures in my life, who have not been positive influences.”

“I will tackle how make-believe and imagination came to play a big part in who I am as a person.”

Currently based in Boston, Massachusetts, Palma was born in Quezon City and moved to California with her family when she was six years old.

Her acting credits include “The Real Inspector Hound” for Bad Habit Productions, “House of Blue Leaves” for Wellesley Repertory Theatre, “Yellow Face” for Office of War Information, and in an all-female cast of “Winter’s Tale” for Maiden Phoenix Theatre.

Palma has had one of her short plays, “Love Told Pain,” produced. Other works include one-acts “Boston: A Morality Play” and “Octavia and Kleopatra,” and short play “Civil Hands”; the latter two of which are expressions of her interest in historical and documentary-dramas.

Palma discovered Intiman’s program through a college friend who’d joined it last year. After filling out and sending in her application, she was called in for an in-person audition with this year’s program co-curator and artistic lead, Sara Porkalob, alongside other Intiman Theatre officers.

“It was actually a really crazy process,” she says of flying from Boston to Seattle to audition for the program while balancing her time between a show she’d been as she was working in her day job. “But sometimes that’s the life of the artist! You’ve got to chase your dreams.”

“I think about my family who picked up everything and left home to come to a new country, and moving from the east to the west coast isn’t so scary when I put it into perspective.”

The distance away and available time from her usual routine has been helpful to her artistic process. “It’s also been helpful to be working with a completely new artistic community because it means new people, new ideas, and new ways of doing things.”

“Every single day has been incredible! I have never been part of an artistic community like this one where I feel like I am being celebrated, supported, and challenged every single time we meet.”

“Isn’t that mind-blowing? I didn’t realize it was something I wanted, or needed, in my life until I got to Intiman. Sara Porkalob is inspiring in her work and leadership of our program, and I really see her as a mentor and role model.”

While the showcase will feature the participants’ initial works-in-progress via five to eight minute excerpts, the objective is to help them build the foundations for full-length versions.

“The focus is on solo performance pieces and not so much ‘traditional’ scripts. I’m leaving room for it to change as time goes on, as one often does with artistic pursuits.”

“The dream is to someday be able to take that show to Seattle, the Philippines, and even London someday.”

“By writing this solo performance piece, I hope to empower other immigrants, Filipino, Asian, and Asian American women of color to realize their voice matters and that they should tell their stories, too.”