Catching up with self-reinventing ex-actress Aiza Marquez in NY

Catching up with self-reinventing ex-actress Aiza Marquez in NY 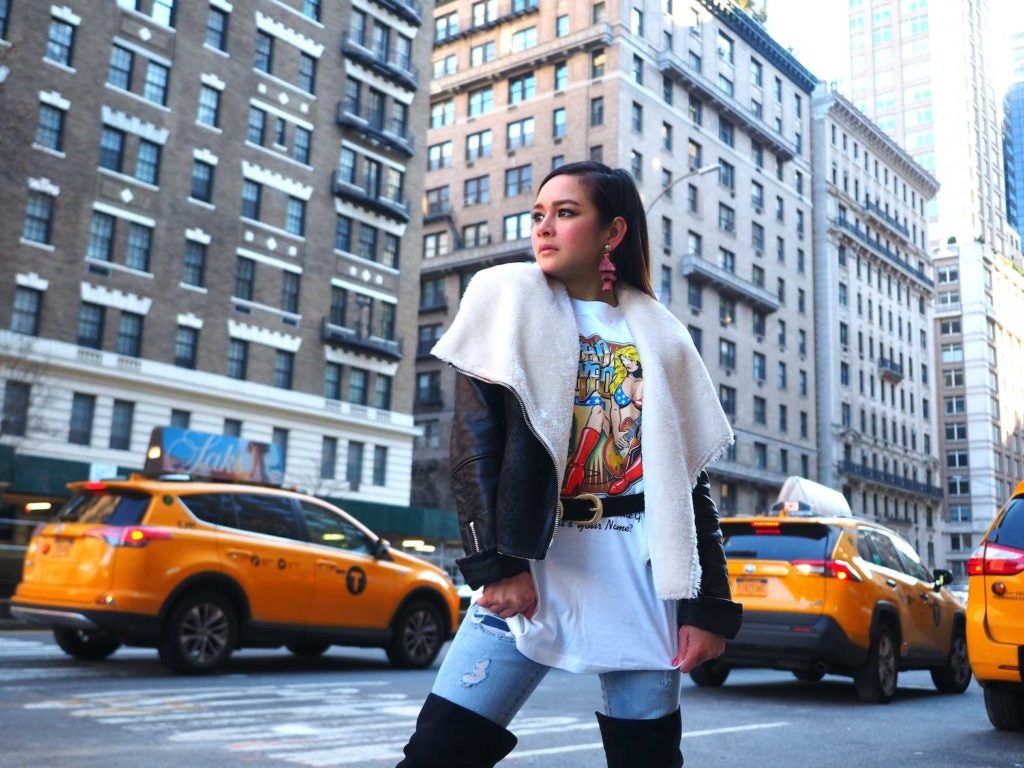 NEW YORK — Covid-19 does not stop us from reminiscing our teenage years in the Philippines in the ‘90s. As we all spend most of our time re-watching old movies from Netflix and streaming from the internet, we rediscover actors who have long found another life outside of Philippine Cinema. We often wonder what has happened to them, especially those whose presence in the silver-screen is so exceptional they are missed.

As a photographer and an artist based in the US, I was able to meet an actor who left Philippine showbiz even before she lost her glitter. With strings of blockbuster movies, television series, and a nomination for an Oscar-equivalent award, it is not easy to just forget the name and face of an artist who could have been the next superstar. And who would forget TGIS (Thank God, It’s Sabado) at GMA-7, a young adult-themed television series in 1995-1999?

When I frequented Manhattan’s East Village, a neighborhood that boasts a great selection of restaurants run by celebrated and award-winning chefs, I had a chance encounter with someone I had seen on Filipino television and the silver screen in the mid-‘90s. It happened over a late dinner with friends in Ugly Kitchen, a Filipino restaurant that turns into a good nightlife spot on the East Side of Lower Manhattan.

We asked the table beside us to take our group photo. The gracious impromptu photographer turned out to be the charmer Aiza Marquez. A good laugh erupted after we realizes we just asked someone more used to being photographed and not the other way around. I introduced myself to her and younger sister who was with her that evening. I did not even realize that she had been inactive in showbiz for almost a decade, raising her two kids as a single parent in Queens, New York.

She still had that radiant charisma at 36 years old. The movie star glow never faded. She was very warm, as if you had been her long-time friend. During my short visit to New York last March, before the Covid-19 lockdown, we had a chance to catch up and shoot some portraits near my hotel in Park Avenue in the Upper East Side of Manhattan.

Aiza Marquez and I had been constantly exchanging messages posts on Instagram after that random evening in July 2019. It’s a delight that we talk with no filters and the Tagalog slang we use makes her more accessible. The similarities in how we navigate our lives as immigrants in the US make us know each other better.

Aiza Marquez began in the industry as a commercial model for print and television when she was 12. She transitioned to acting.  She was launched as one of the most popular teenage girl trios in the late ‘90s in the Philippines, her peers being Bernadette Alyson and Anne Curtis. They were featured as the third batch of the TGIS (Thank God, it’s Sabado) television program from August to November 1999. She worked with directors like Peque Gallaga, Lore Reyes and Eddie Garcia. Aiza simultaneously acted in three television dramas towards the end of the year 2000.

She cemented her place in the industry with an acting nomination from FAMAS in 2003 for a supporting role in the movie, Noon at Ngayon helmed by the late award-winning director Marilou Diaz-Abaya and penned by celebrated screenwriter Ricky Lee. Despite a career that gave her celebrity and her family a comfortable life, Aiza ultimately left Philippine showbiz to move on and reinvent herself. 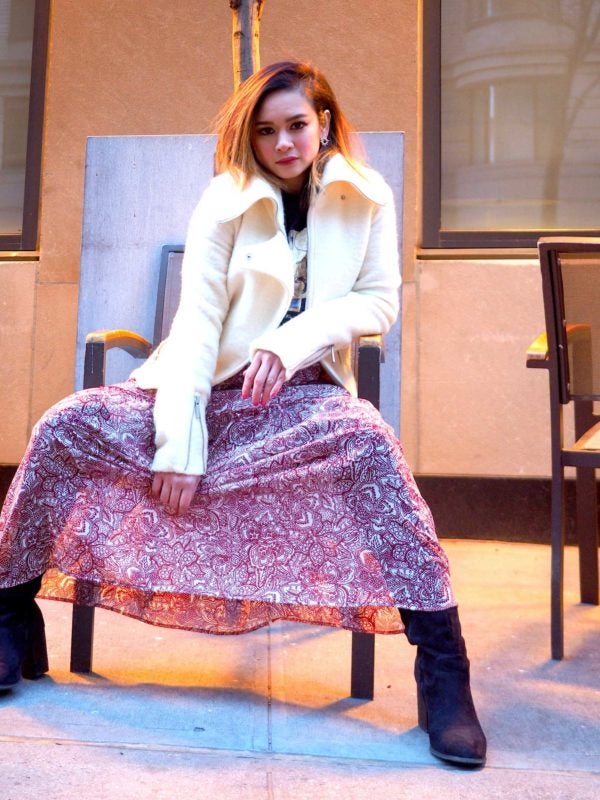 Like a plot in a Filipino teleseryes or movie, she fell in love, followed her heart, and left her acting career. She moved to the US in 2011 after giving birth to her first daughter, who is now 9, with her former husband who was then based in San Diego, California. Unlike her movies, Aiza’s love life did not end happily ever after.

Does she miss being famous?

“To be honest even in the Philippines, I never had the mentality that I’m famous. It’s a job for me,” Aiza says.

Her life in New York City may not be as glitzy as her life in the Philippines, but Aiza relishes every moment as a learning experience she hopes she can impart to her kids.

“My daughter is 8 and my son is 3. I am raising my kids mostly on my own. I don’t feel the challenge of being a single parent,” Aiza says. The kids stay with their father every other weekend.

Like most people in America, Aiza does everything that needs to be done at home. Even when she find a nanny, she still makes sure that everything is prepared.

“Wherever you go, you have to take them with you because no one is watching them. I commute with them, we ride the bus, subways,” Aiza narrates.

Aiza works at The Lambs Club in Midtown Manhattan. The place is owned by Iron Chef Geoffrey Zakarian.

Despite being away from showbiz for quite some time, Aiza still dreams of acting, but she also admits she is far from fulfilling it.

“Maybe to be in a Broadway show just because it’s fun. Singing, dancing and acting at the same time and you’ll have immediate reaction of the audience. That is the best feeling after a whole day of work. It doesn’t matter what . Just being on stage is an amazing feeling,” Aiza laughs.

She is currently dating a dashing Colombian guy. She recently shared a photo of them on Instagram before the lockdown. While she enjoys her time with her two kids during the lockdown, she is learning to be more creative with cooking.

To those who consider moving on, Aiza advises:

“If you want to reinvent yourself in a new place, think it over. Weigh the consequences of your decisions. You have to be open to new things. Be observant but not too trusting.  Know the people around you. Learn from them.

“Be open to changes. It’s going to be a roller coaster ride wherever you go. When you open your heart and mind to things, you will grow. It will mold you as person.”

Avery Cefre is a multimedia lens-based artist working between Detroit and New York City. He describes his art practice as the intersection of his sociological lens and his work in advertising and public relations. His work is largely a commentary about consumerism and self-identity being a gay Filipino immigrant in America. He is currently a Master of Fine Arts candidate at Cranbrook Academy of Art in Bloomfield Hills, Michigan.