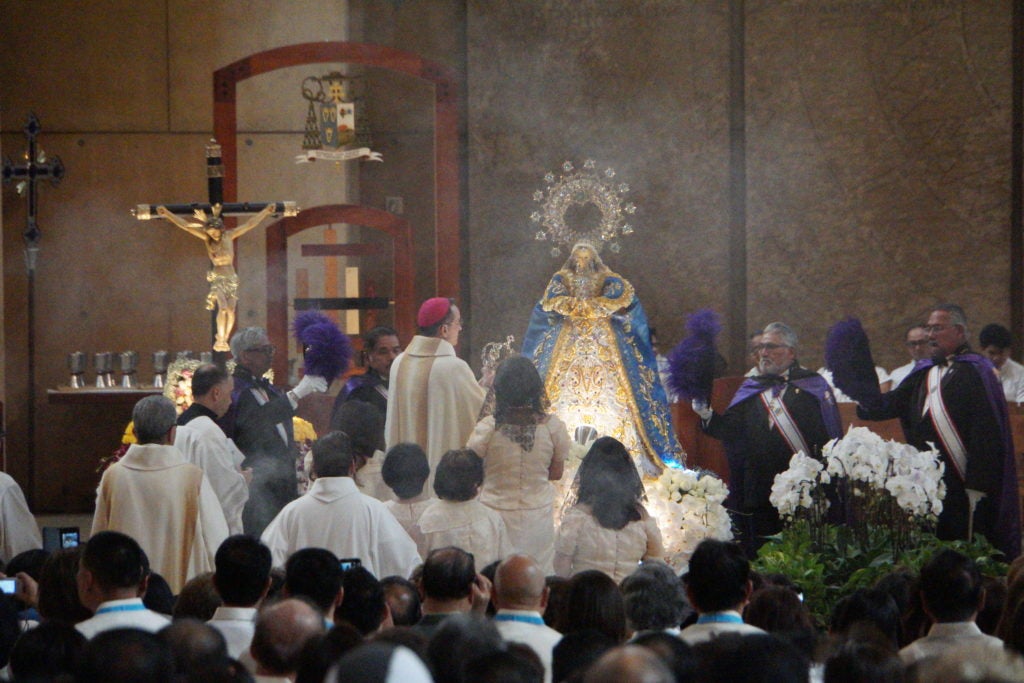 A past celebration of the Virgin Mary.  CONTRIBUTED

LOS ANGELES — Thousands of worshipers are expected gather at the Cathedral of Our Lady of the Angels on Sunday, Sept. 17, for the annual coronation of Virgen de los Remedios, a tradition introduced by Kapampangans in this city a decade ago.

The afternoon festivities will commence with a procession by both Latino and Filipino devotees.

In 1956, Pope Pius XII bestowed the canonical crown to the revered image in recognition of Kapampangans’ devotion to Mary. Numerous miracles and answered prayers have been attributed to the intercession of Virgen de los Remedios:  marriages strengthened; families reunited; the sick healed and disputes settled.

The people of Pampanga held their faith during the 1991 devastation of Mt. Pinatubo eruption and have turned to the Virgen in times of social conflicts, natural calamities, political destabilization and personal difficulties.

Filipinos’ widespread devotion to the Blessed Mother goes back to the Spanish times, during the galleon trades between Mexico and the Philippines.  In 1571, the Augustinian missionaries brought the oldest Marian image of Nuestra Senora de Guia.  Pope Gregory XIII and Pope Clement VIII decreed, in 1578, the erection of the Manila Cathedral in honor of the Immaculate Conception. 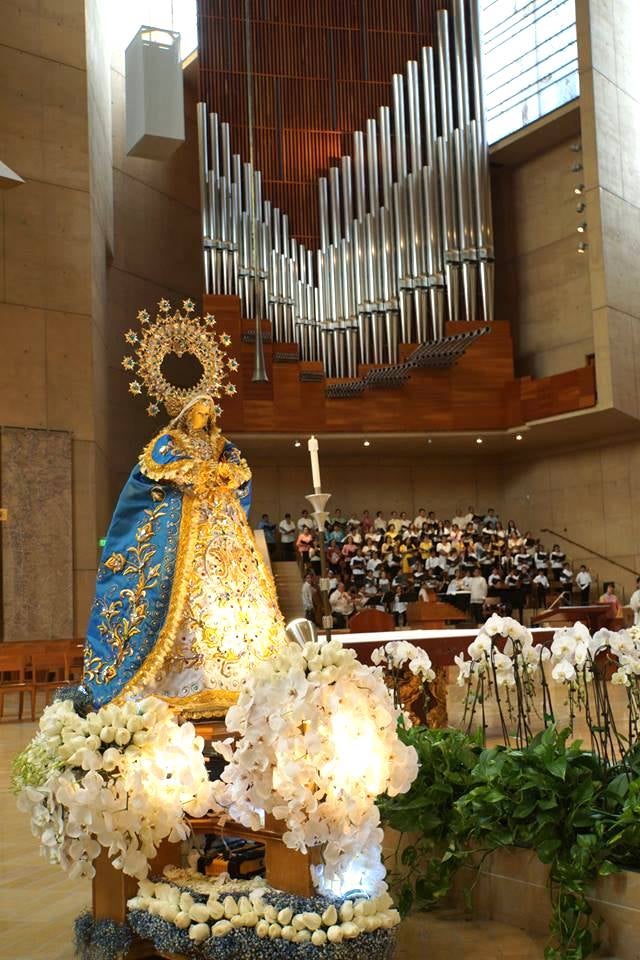 The image of the Nuestra Señora del Rosario. CONTRIBUTED

The image of Nuestra Senora del Rosario was brought by the Dominicans in 1587. She has become a national treasure and symbol of peace after Spanish forces pushed back the Dutch invasion in 1646. One of the first churches built in 1588 was under the title of Nuestra Senora de los Remedios located in the Malate district.

With a growing communist movement in 1952, Bishop Cesar Maria Guerrero, the first bishop of Pampanga, entrusted the province to the patronage of the Blessed Mother.  He sent out the image of Virgen de los Remedios to every village, town and city so that people could gather in prayer.

Lubaoenos of Southern California are hosting this year’s celebration, which coincides with the 445th anniversary of the coming of Catholic faith to their hometown. Everyone is invited to come in national costumes and organizations are encouraged to bring their banners in procession.