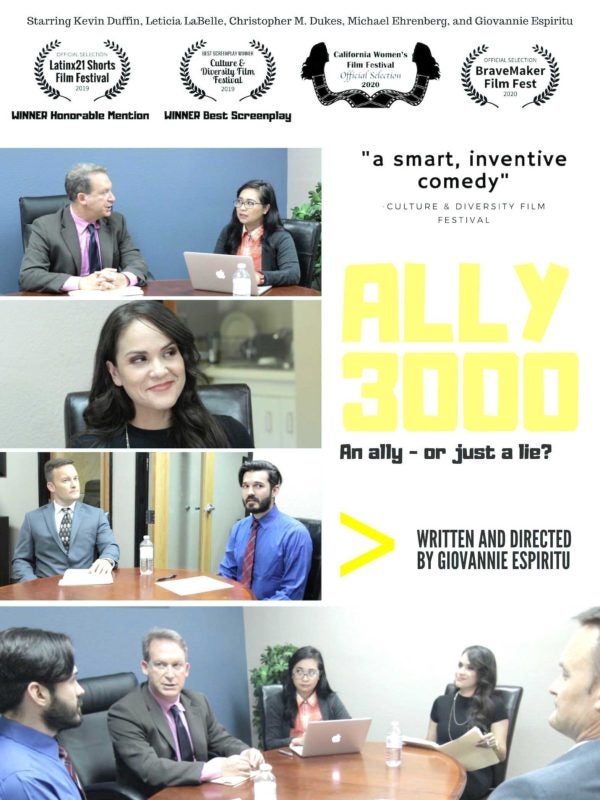 LOS ANGELES  — Filmmaker and actress Giovannie Espiritu began writing as an outlet to battle the constant sexism and undermining she experienced as a person of color in the film industry. Her new film, “ALLY 3000,” tells the story of a technology company CEO who is trying to be a good ally for the people of color in his company.

The satirical short will be included at the BraveMaker Film Festival, https://www.bravemaker.com/onlinefest which “celebrates diversity and aspires to foster inclusion across communities through guided discussions and powerful, authentic storytelling through films.”

Because of the shelter-in-place restrictions, the film was shown online April 13-19, with Q and A scheduled with Espiritu,. It will have a physical screening later in September.

The film has already received an Honorable Mention at the LatinX21 Film Festival and a Best Screenplay award at the Culture and Diversity Film festival which praised ALLY 3000 as a “smart, inventive comedy.” It was also shown at the California Women’s Film Fest as an intro to the NAACP award-nominated documentary Pushout.