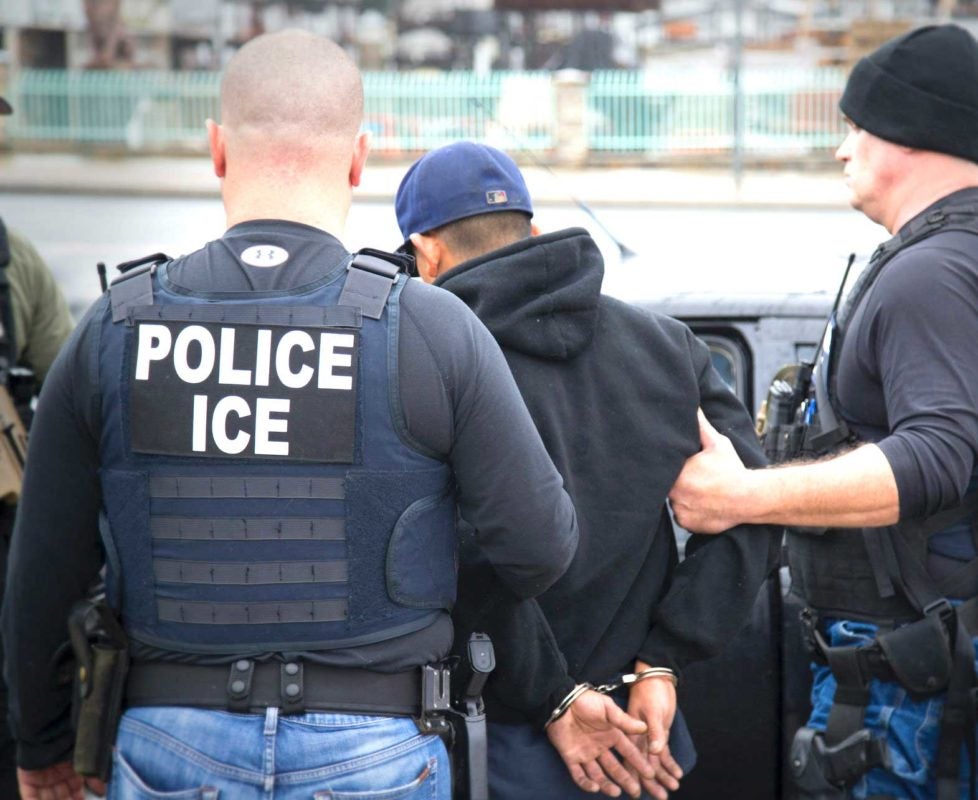 LOS ANGELES — The “police” officers at the door look the part: flak jackets, tactical gear, guns, and the word POLICE emblazoned on their outfits. They even announce they are “the police.”

But they are not the police, according to a recently filed class action lawsuit: “They are U.S. Immigration and Customs Enforcement (ICE) agents relying on deception to trick community members to open their doors and allow agents into their homes without judicial warrants. It’s a tactic that undermines trust in the real police. And it violates the Fourth Amendment to the U.S. Constitution.”

The lawsuit was filed on behalf of Osny Sorto-Vasquez Kidd, a resident of Hacienda Heights who is a recipient of Deferred Action for Childhood Arrivals (DACA), and two community organizations: the Inland Coalition for Immigrant Justice (ICIJ) and the Coalition for Humane Immigrant Rights of Los Angeles (CHIRLA).

“The Fourth Amendment does not permit ICE to enter a home without a warrant or valid consent,” said Michael Kaufman, Sullivan & Cromwell senior staff attorney with the ACLU SoCal. “ICE is impersonating police to make an end run around the Constitution.”

ICE agents conducting warrantless home immigration arrests could be using any of the following common scripts:

The class action lawsuit includes stories of 10 individuals and their families who were victims of illegal home searches and arrests. In Kidd’s case, the agent at the door identified herself as a “detective” with a local police department. She said she was investigating a dangerous criminal using the family’s address. Kidd’s mother, frightened for the family, let the “detective” — followed by several more agents — inside.

“It’s not right how ICE impersonated police officers and lied their way into my family’s home, Kidd said. “I’m so grateful to have DACA because it is supposed to offer protections, but what they’re doing is just wrong.”

Jennaya Dunlap, deportation defense coordinator with ICIJ, said, “In recent years, ICIJ and other groups have been working to ensure our community members are prepared to assert their rights when ICE shows up at their door. Frustrated, ICE agents have resorted to unconstitutional ruses.”

The cases spotlight the trust local police departments have attempted to build for decades in immigrant communities to make people feel safe to report crimes and aid in investigations. In 1979 the Los Angeles Police Department (LAPD) adopted Special Order 40 that prohibits its officers from questioning community members about their immigration status.

More recently, the City of Los Angeles made its position clear in a 2017 letter signed by Mayor Eric Garcetti, City Attorney Mike Feuer, and City Council President Herb Wesson. It stated that ICE was not welcome to impersonate police officers in the city, saying the ruse “undermines decades of work” by the LAPD and “erodes public safety.”

Still, “ICE has continued its home arrests tactics even at a time when residents have been ordered to shelter at home due to the COVID-19 pandemic,” said Annie Lai, co-director of the UCI Law Immigrant Rights Clinic. “Tragically, entire segments of the community cannot feel safe at home due to ICE’s reckless conduct.”

Shannon Camacho, a CHIRLA Rapid Response organizer, said: “Local police depend on a good relationship with the entire community to investigate crimes. Immigrants won’t report crimes if they feel police will put them in a deportation pipeline, and then we all will suffer. We need to keep ICE in their lane.”

The filing of this lawsuit is accompanied by a major campaign to continue informing people of their constitutional rights when encountering ICE at their homes. More information on the campaign can be found at http://icenotwelcome.org/.

“This lawsuit seeks to require ICE to act openly, honestly, and in accordance with the Fourth Amendment and ICE’s own regulations,” said Munger, Tolles & Olson attorney Terra Castillo Laughton. “We are challenging ICE’s practices of using false pretenses to enter community members’ homes and surrounding areas without consent or a warrant.”