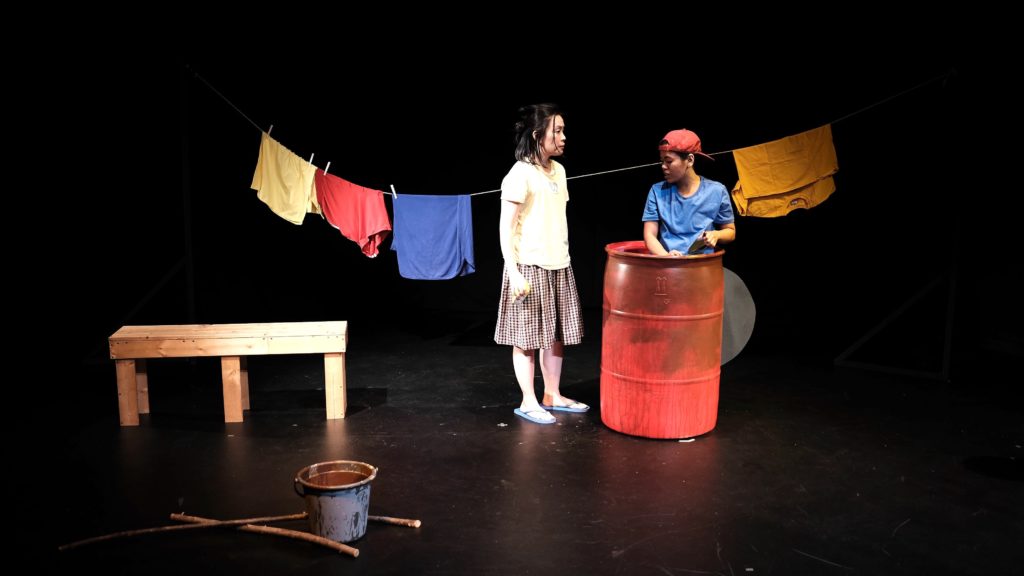 SAN FRANCISCO – A collection of three one-act plays written and performed in the most widely used language in the Philippines and the diaspora, Tagalog 2017 is the second in a series of annual productions at Bindlestiff Studios in collaboration with playwrights from the Philippines. The results are highly nuanced and multi-layered stories told in an all-too-familiar language that cuts deep.

The use of projected supertitles for the benefit of audience members unfamiliar with Tagalog, instead of distracting, preserves the flavor and feel of each story.

The accents and emotional nuances rendered by the mostly native English-speaking Filipino American cast are on point, honoring the language and the stories from their motherland. They tell the stories with convincing acting that makes it seem like you are watching theater somewhere in the Philippines.

Kung Paano Ako Naging Leading Lady (How I Came to be the Leading Lady), written by Visconde Carlo Vergara and directed by Allan S. Manalo, is a hilarious genre-bending satirical piece about sibling rivalry. Beneath the surface it is a multilayered exploration of the Filipino psyche and society, from colonial mentality and classism to the struggle to survive, symbolically portrayed as a clash between good and evil. 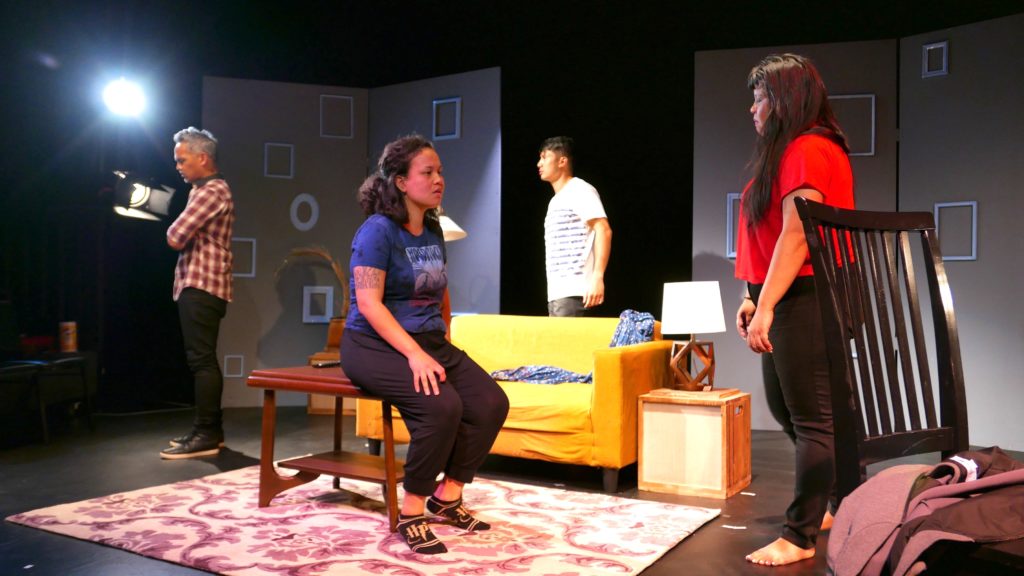 Manalo’s treatment incorporates the best of Filipino humor that makes us laugh at hidden, embarrassing, not to mention disturbing, aspects of ourselves. It’s a great combination of irony and tongue-in-cheek humor.

Known for directing and acting in comedic pieces, Joe Cascasan tackles drama with Ang Bata sa Drum (The Child in the Drum) written by Dominique Beatrice La Victoria. Cascasan clearly has a strong grasp of the material: a haunting meditation on the life of two siblings with traces of Samuel Beckett wrapped with tension and foreboding underlined with sadness.

It is serious drama with a somber subject matter in stark contrast in tone and emotional shift with the other plays, although with a thematic exploration that seems to linger a little too long from an otherwise strong and poignant piece.

The dialogue, a mix of Tagalog and Cebuano, is delivered well by the actors, who switch between each with ease and precision, a reminder that the Philippine’s languages are as numerous and diverse as its islands.

Changing Partners, by Vincent A. de Jesus and directed by Aureen Almario and Tonilyn Sideco with musical direction by Rhoda Gravador, is a musical about the complexity and tragedy of romantic relationships regardless of age or gender. It is fresh, with a formalistic approach to an otherwise age-old theme, effectively told with a mix of dialogue and songs laced with the right amount of humor and melodrama. 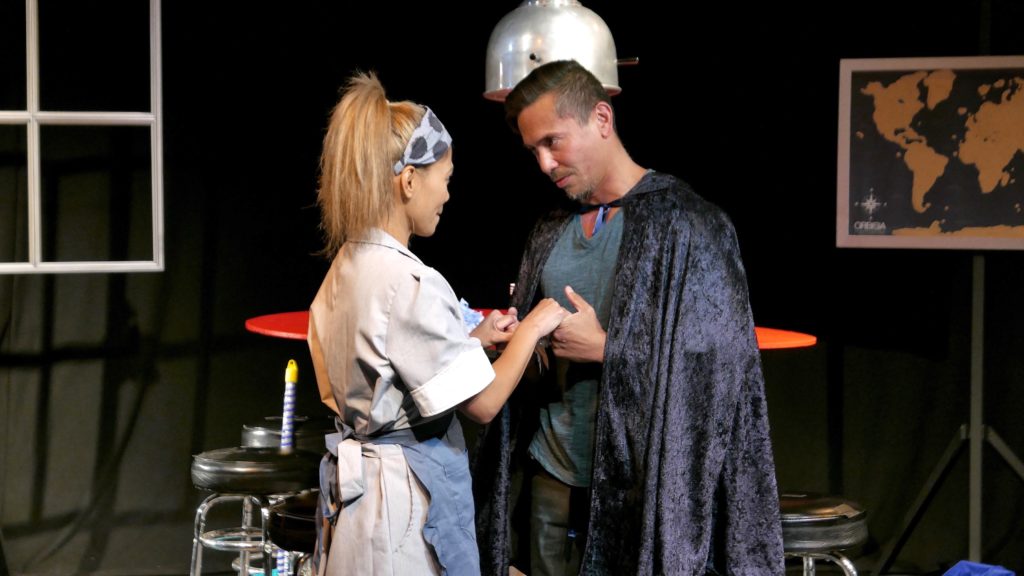 Mely Ruselle-McDermott and the Superhero Lee Robin Salazar in “Kung Paano Ako Naging Leading Lady” (How I Came to be the Leading Lady.” PACIANO TRIUNFO

The characters shift among four couples, blurring lines of distinction, the resulting dissonance serving as an outward illustration of the complexities of relationships. It brings to the forefront the universality of manipulation, deception and eventual heartbreak of an ill-fated romance.

Tagalog 2017 is the most “Filipino” theatrical production in San Francisco to date. Performed in the native tongue at the heart of SOMA Pilipinas, the Filipino Cultural and Heritage District, it is a collection of plays that will leave you satiated, like eating home cooked adobo done right. Go see it.