The real tragedy of not having enough COVID-19 tests

The real tragedy of not having enough COVID-19 tests 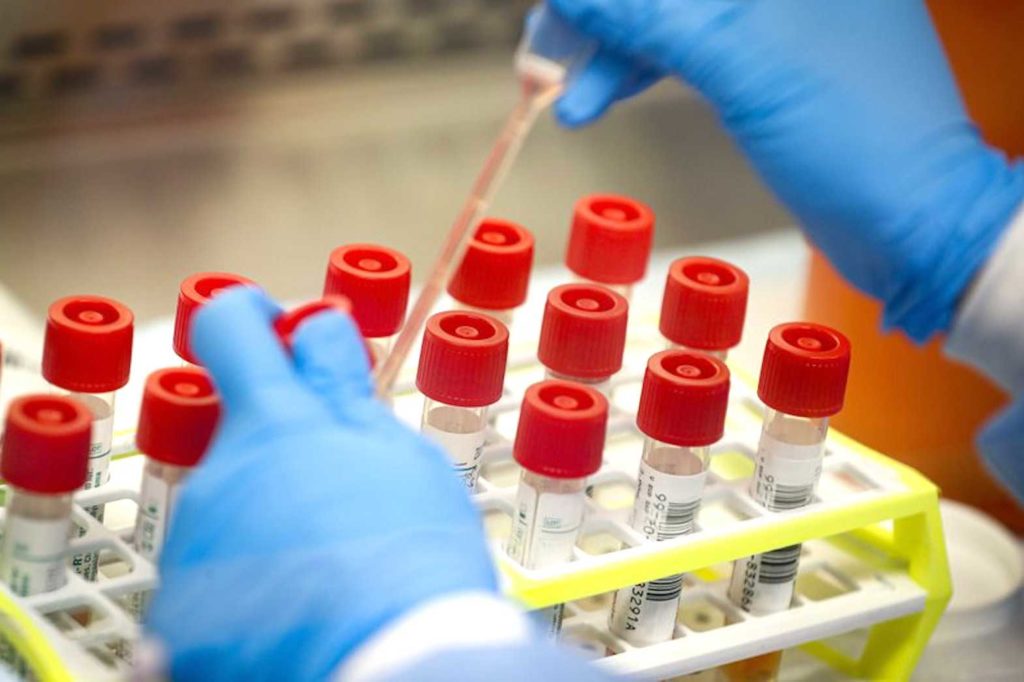 A technician prepares COVID-19 coronavirus patient samples for testing at a laboratory in New York’s Long Island. A series of missteps at the nation’s top public health agency caused a critical shortage of reliable laboratory tests for the coronavirus, hobbling the federal response as the pandemic spread across the country like wildfire, an Associated Press review found. (AP Photo/John Minchillo)

President Donald Trump said late last month that he hadn’t “heard about testing in weeks.” But today — let’s face it — tests are being rationed in many parts of the country.

Of course, the seriously ill and essential front-line personnel like doctors, nurses and police officers require and deserve to go to the front of the line for testing.

But hundreds of thousands more people should have been tested by now, if only more tests were available. Testing them — and getting results — might have vastly changed their behavior, their self-care at home and (perhaps most important) our understanding of COVID-19, so that when it flares locally we would know how to respond in a more nuanced way, rather than shutting down society.

As of this writing, I know nearly a dozen people who are “presumed COVID.” None of them were tested because they were not sick enough to be admitted to a hospital — though all were quite symptomatic. Here’s a partial list:

Three 20-something roommates in Brooklyn, two with mild symptoms. One sick enough to visit a hospital, short of breath. No tests. All were told, “Assume you have it.”

Also “presumed COVID”: a colleague’s daughter and her boyfriend, though he had a rough two-week course, including pneumonia. His oxygen levels, measured at home, never got quite bad enough for admission (hence, no testing).

And, finally, a reporter in San Francisco, who went to a clinic with high fever, total body aches and cough, was “presumed COVID.” She was sent home. The following day, her strep test came back positive. “Assume you have COVID, too,” she was told.

It is true that a positive COVID-19 test would not have changed any of their immediate medical treatment. They got inhalers and the medicines they needed. Not knowing probably didn’t increase their risk of death. So I don’t fault the doctors for not administering tests during a time of limited resources.

But here is what is outrageous: This resource should not be in such limited supply three months into a global outbreak. Widespread testing has a hugely important impact, not just for individuals, but also for society.

For example, if people knew they’d had COVID-19, and therefore possessed at least some immunity, they could volunteer, once fully recovered, for groups like Meals on Wheels, which is struggling to deliver food to people who can’t — even in the best of times — fend for themselves. People with immunity could serve as helpers in nursing homes, whose staffs are stretched thin and where the elderly are living in isolation.

Knowing the result of a test allows rational individual decisions. If a person living in a house with others knows whether he has the coronavirus versus a common cold (and, remember, the symptoms of COVID-19 may be very mild in younger people), it greatly affects how he interacts with family members and housemates.

If he is COVID-19 positive, it makes sense for him to totally isolate in one room and use a separate bathroom. An elderly relative might be moved out. If he has a common cold, less disruptive precautions are needed.

In this season of allergies — sneezes and sniffles — and when the country is trying to control the spread of a virus that can produce only mild symptoms in many of those infected, it would be good to be able to test as many “essential workers” — broadly defined — as possible to see if they had contracted the coronavirus.

This is not just a reference to health care workers, police and firefighters or utility workers. It is also not helpful for a food delivery person or the guy at the grocery counter, for example, to work with it, given how many people depend on their services.

We test for things like strep and sexually transmitted diseases not just because knowing test results influences treatment — should antibiotics be prescribed? — but also because the results influence the care and advice for patients’ activities and contacts.

Finally, and perhaps most important, widespread testing of all those “presumed COVID” patients who are not hospitalized gives us a far clearer picture of this new viral disease, which we currently have so little data about.

It would allow us to calculate how many people who are infected with the virus get really ill and how many die (the true case fatality rate). We are still more or less clueless about those things and, because of uneven testing, fatality rates vary widely by city, state and country.

Finally, widespread testing would allow us to have a better sense of how transmissible the virus is after more casual contact. We know that the intense exposure of health care personnel in a hospital setting often leads to transmission. But what about the co-worker who sat across the office from you and rarely interacted with you?

Long after his graduate school classes were canceled, my son was belatedly notified that one person in his German class had fallen ill with COVID-19. How many others did, but were never tested?

After this period of lockdown, COVID-19 is likely to come back in lesser waves, and robust testing data would be hugely important in fashioning a targeted response that could be less expansive than the miserable and economically devastating shutdown we are now experiencing. If one student falls ill in a class, should universities once again send all students home and cancel a semester — or just close a building? Or even cancel just one class?

Thank goodness that countries like South Korea are doing far more testing than we are, which might give us clues about how to respond. But we should be doing much more ourselves.

There have been countless explanations for the lack of tests. Our public health labs are not primed to do testing and the Centers for Disease Control and Prevention was slow to react to a virus many knew was likely to come our way. The agency initially distributed test kits like Senate seats — equally to each state lab, rather than where they were most needed. Then the first test kits didn’t work.

The list goes on. The Food and Drug Administration only belatedly allowed private and university labs to contribute without the normal regulatory tape. There was a shortage of swabs and a shortage of personal protective equipment for people conducting the testing. Most recently, an Abbott quick test device that Mr. Trump had applauded as a solution — “a whole new ballgame” — turned out to be only 5,500 tests, distributed nationally. Yet many millions are needed.

All are plausible explanations and many are true. But no one should be satisfied with them in this, the richest country in the world.

There are concerns, to be sure, about the accuracy of the new tests, with reports of false negatives. But that is no reason not to use what we have; the specificity of newly developed tests can improve with understanding and use. It would be wise for people who test negative to continue rigorously following good COVID-19 hygiene. But it would be a mistake to not expand testing aggressively simply because of reports of false negatives.

“Presumed positive” may be needed during a period of rationing and shortage. But “Assume you’re positive,” as so many New Yorkers are doing, is not good individual health care — or good policy.