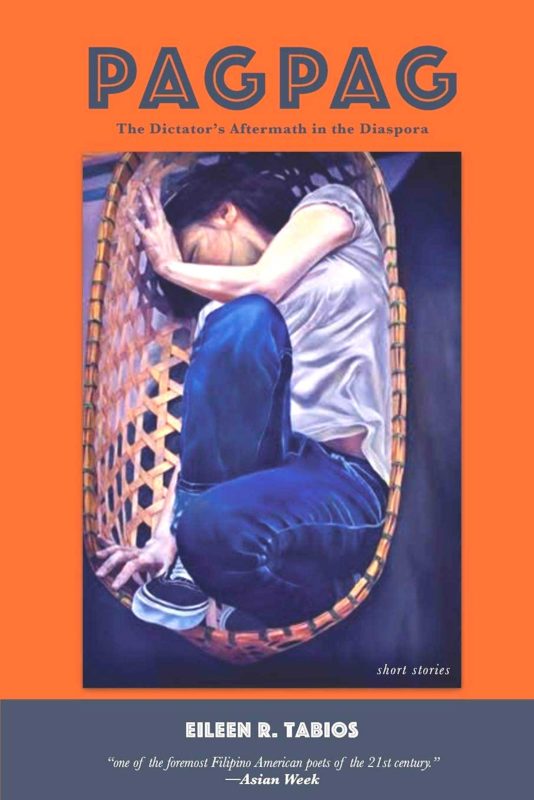 The book includes “protest stories” against martial law in the Philippines that Tabios had written in the latter half of the 1990s appended with a story she wrote in 2019 as a coda.

The stories are presented from the viewpoints of children who had been removed from the Philippines because of the Ferdinand Marcos dictatorship. Children who grew up watching and listening to adults remembering the homeland they left behind and who, as adults, can more fully articulate the effect of their histories.

Pagpag is the practice of scavenging through trash heaps for thrown away leftover food that is then cleaned and re-cooked for new meals.

In a statement, Paloma Press describes “pagpag heart-wrenchingly symbolizes the effects of a corrupt government unable to take care of—indeed, abusing—its people. Pagpag‘s stories, while not overtly addressing this radical torture of cuisine, relate to what lurks within the stew created by a dictator’s actions. 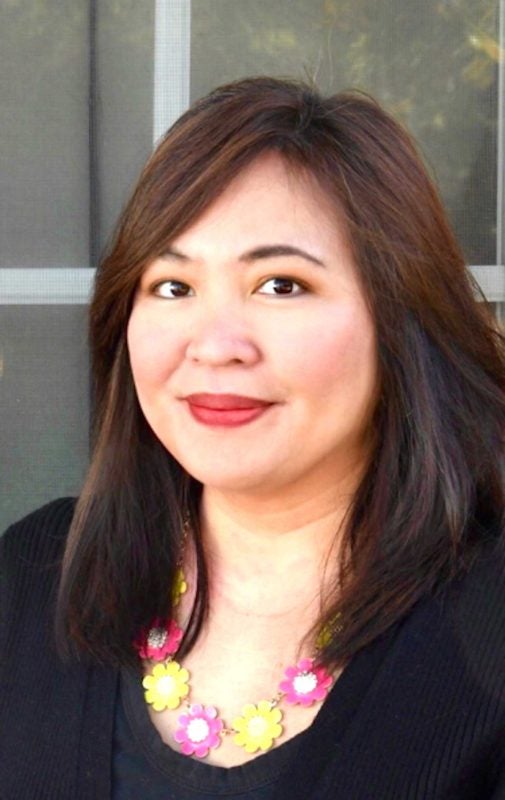 The aftermath is not always obvious like the imprisoned, the tortured, or the salvaged (i.e. murdered); the aftermath goes deep to affect even future generations in a diaspora facilitated by corruption, incompetence, and venality.”

Paloma Press founder and publisher Aileen Cassinetto says that Tabios pitched the book to her.

“For years she had these short stories gathering dust in her files. With the escalation of political turmoil and increased suffering among the poor during our current time, hence the reference to ‘pagpag,’ she thought to dust them off for publication and wrote a new story as a coda to bring the collection together,” Cassinetto explained.

“The painting is in Eileen’s collection and she thought the image could symbolize loss as well as missing the homeland. Loss is a theme that permeates the lives of characters in the book,” she says.

Cassinetto was inspired to go into book publishing after she and her sister once thought of creating personalized, handmade books for children.

After making one for a nephew and another one for a niece, they quickly realized that their dream was not very feasible at the time, but they had “knack for creating and reimagining art objects” and that they could still create books through printing using conventional methods.

They laid the groundwork in 2016 and released their first book—the illustrated poetry book Blue by Wesley St. Jo and Reme Grefalda—a year later. Including Pagpag, Paloma Press has since published 19 titles.

The publishing house’s name was inspired by the title of a poem “La Paloma,” which means “The Dove,” that Cassinetto had written when she was newly married and living on a street called Paloma Avenue.

The publishing house has a history of civic engagement. It has previously released fundraising poetry collections Marawi, to support relief efforts in southern Philippines, and After Irma After Harvey, to support hurricane-displaced animals in Texas, Florida and Puerto Rico.

Cassinetto’s response to the COVID-19 pandemic has been to provide free online access to the ebook format of essay anthology Humanity. (The print format is still available for purchase.)

“‘Humanity’ gives us an ‘overall picture of strength and fragility, of empathy, and myriad hopes.’ It is, thus, a timely read, I feel, given our current crisis,” she says.

“We released his critically acclaimed novel The Good Mother of Marseille in 2018. When Christopher pitched Joyous to us, we felt that it is a good fit for the kind of poetry we wish to publish,” said Cassinetto.

Paloma Press has a slate of poetry titles for release throughout this year. Visit Palomapress.net.