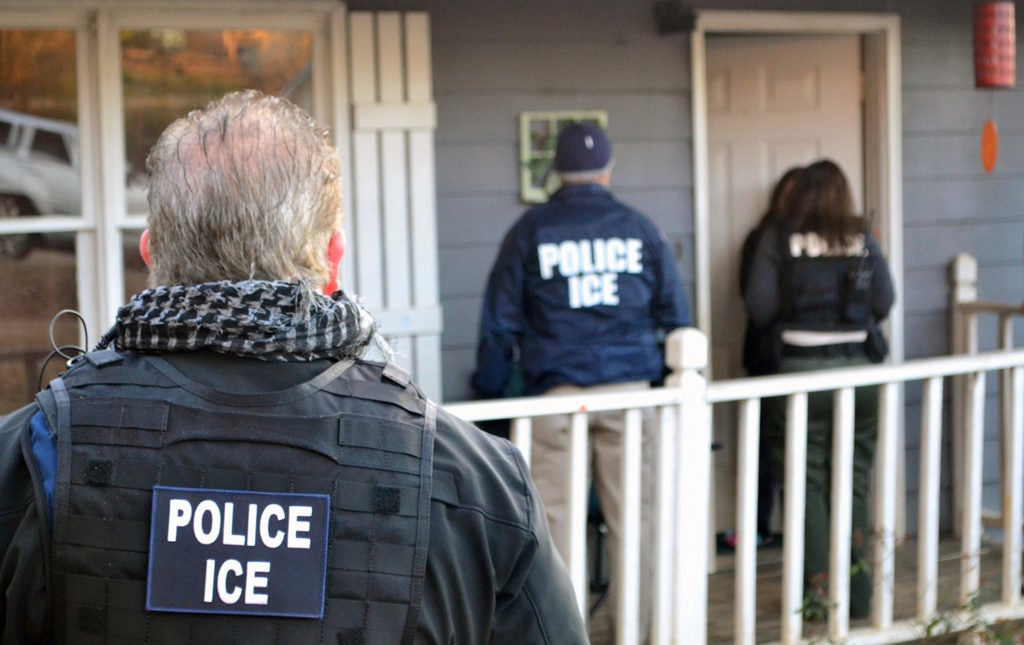 SAN FRANCISCO — More intense immigration enforcement conducted since President Donald Trump took office is greatly affecting the lives of immigrant families, not just in their homes, but also in workplaces, according to a national press briefing by Ready California and New America Media.

With intensified enforcement “the number one way of identifying individuals for removal proceedings is still the very deep cooperation between federal immigration officials and local law enforcement,” according to Grisel Ruiz, staff attorney with Immigrant Legal Resource Center (ILRC),

“Law enforcers continue to go to an individual’s home to pick him up and, unfortunately, in those circumstances they may pick up that individual’s loved ones as well,” Ruiz added

Mohan Kanungo, director of programs and engagement at Mission Asset Fund (MAF), reported that due to the uncertainty posed by increased raids and deportations many immigrants are not buying homes or building their businesses.

“The average national cost for a immigration-related bail bond is $10,000 and legal help at the bond hearing that would mean an additional $3,000-5,000 or more,” Kanungo explained.

“For transfer of guardianship just in case the family wants someone else to take care of a child in the hands usually of a family member, that another $2,000-4,000. And if somebody finds themselves in removal proceedings, and they are going through the process of changing their status, that attorney-related costs or fees could be between $5,000-25000 or more,” Kanungo added.

Recently, the Mission Asset Fund released a Financial Emergency Action Plan for Immigrants, which gives families and business-owners practical tips on how to protect their assets in uncertain times.

Among the practical tips:

“It’s not just about the burden of the immigration-related costs,” observed Kanungo, “but the dual burden that comes up with maintaining a household with a loss of income from a family member.”

Cal Soto, a national workers rights coordinator at National Day Labor Organizing Network (NDLON) confirmed that immigration agents or police officers have approached people on their way to church, school or even in courts and government offices to inquirer about their immigration status.

These unwelcome interactions strike fear and restrict the movements of individuals, including workers who have benefit or wage claims to pursue. “These workers may decide ‘it’s not worth it for me (to be exposed) for it may make me lose my job, and I cannot afford to be deported for I am the only breadwinner for my family. If I am gone, my whole family would be facing this incredibly very precarious situation,’” Soto explained.

Ruiz reiterated that constitutional rights protect everybody regardless of immigration status.

“We must remember that we have the right to remain silent and the right not to allow ICE agents inside the home by keeping the door shut. They are required to have a judicial warrant, which they very rarely do, and it is also important not to sign anything that you don’t understand, or sign anything before speaking with an immigration attorney first,” Ruiz insisted.

Since employees in business places are also being targeted, employers are also reminded that workplaces remain private properties, and employers could deny ICE access to the premises, if they want to protect their employees.

“We can’t regulate federal immigration law. But we can regulate employer behavior. We can say that employers have an obligation to protect their workers and they have to take certain actions to make sure those rights are protected,” Young added, explaining that AB 450, the California Immigration Workers Protection Act, now making its way in the state legislature wants to do precisely that.

Introduced by California State Assembly Member David Chiu and co-authored by five Assembly Members including Rob Bonta, the lone Filipino American in the state assembly and State Senator Scott Wiener, AB450 would require employers to ask for a warrant before they allow immigration enforcement agents into the worksite. Employers would also not be able to hand over any private information about workers, such as social security numbers, without a subpoena.

The bill passed the Senate Judiciary Committee 5 to 2 recently and will go to Senate Appropriations Committee in late August.