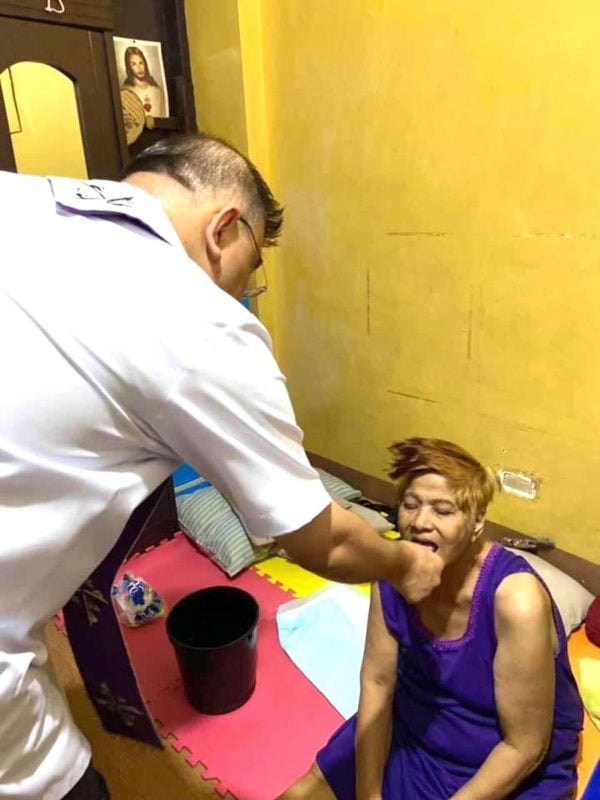 Sad. Dioceses in Northern Italy have reported the deaths of more than 30 priests due to the deadly virus. The clergy everywhere are now strictly following the social distancing rule and the emergency protocol of isolation, temporarily staying away from their flock until the times normalize.

Other spiritual leaders put stress on the wisdom of prevention, which is better than cure, and what they do is sustain the priestly and prophetic duties (online, away from the flock) and suspend all pastoral duties. But, if I may ask, can cura animarum, “the care of the souls,” or its more archaic translation “the cure of the souls” be suspended? So, I muse, what does the flock need most in times like this? Isn’t the physical presence of the shepherds bringing the Sacraments?

The parishioners – the vulnerable, the elderly, orphans, and the sick, in self-isolation in a lockdown situation, or the lowly ones deprived of their livelihood, hanap-buhay – are dead worried about tomorrow, almost in desperation. Does this sort of socio-physical crisis of deprivation lead to psycho-emotional and spiritual crisis?

If yes, what do they need most? Food, hanap-buhay, and cura animarum! If yes, then a spiritual battle rages because the Devil, rearing its ugly tail, drools to see 410,000 bishops, priests, and ordained auxiliaries of the Supreme Pontiff separated, petrified, and helpless to reach out to the flock of some 1.5 billion Catholics around the globe.

Baptisms and weddings, of course, you can postpone them. But death and burial? And to whom do they go when illness or the passing away of a loved one occurs in the community? The priest! The Tokyo Olympics? International flights, concerts, and business conferences? For sure, you can suspend them. But hopelessness and depression? Can you suspend them too?

With the closure of churches and suspension of Masses unfortunately imposed, when more and more tanods and police officers patrol the streets, chasing families and friends back to their homes, the flock, mostly marginalized, is left alone, feeling abandoned. And guess who’s that person the flock hopes to be there for guidance and spiritual support? Their shepherd!

In the secular battleground against COVID-19, hundreds of thousands of brave doctors, nurses, social workers, hospital workers, police officers, the army, and barangay tanods (God bless their souls) are the frontliners. They are frontliners precisely because, every single day, they are the first to risk their health and lives in doing the solemn duties to serve humanity, for which we are grateful from the depths of our hearts.

In the spiritual-pastoral battlefield, bishops and priests are frontliners too. Celibate like Jesus, the bishops and priests are more than prophets, for, first and foremost, they are the living witnesses of eschatology and are prophets of the mystery of death, judgment, and the reality of heaven and hell (cf. Pius XI, Ad Catholici Sacerdotii, 1935).

Immersed and yet transcendent, rooted on earth and yet yearning for heaven, the Catholic clergy prepare themselves and God’s faithful people for the parousia, the second coming of Christ, the end of all things visible. Priestly celibacy, in this sense, is a singular sign of that witnessing, a sign of heaven, “in which the children of the resurrection neither marry nor take wives” (Luke 20:35).

If the health and security frontliners, who have spouses and children waiting for them, need to contain their fear of being contaminated, which is always a big possibility, should the frontliners in the spiritual-pastoral battlefield, who are without a spouse and children to worry about, fail to continue their pastoral ministry?

This is where “pastoral faith” comes in, something that is beyond reason but not unreasonable. Armed with pastoral faith, the celibate priest relies only on the Omnipotent God of Daniel who saved him from lions, on YHWH God of Job who, in the midst of sufferings and pain, was able to say, “even though he slay me, I will trust him still” (Job 13:15).

Pastoral faith makes the shepherd of souls go out and reach out to the wala-nawala-binalewala (last-lost-least) sector of the flock, discerning it’s not a jump of “faith that is blind” after all. Pastoral faith is beyond what the Italian priest, Giuseppe Corbari of Robbiano, did when he celebrated Mass in front of photos of his parishioners that he taped to the empty pews. His was sentimentalism.

Pastoral faith pushes the cura animarum (covered with face mask and armed with PRUDENCE and sanitizer) to actually walk side by side with the flock in their pilgrimage (keeping the one-meter distance), giving special attention to those who have limited resources, ministering to the prisoners in city jails, blessing the dead and comforting the family of the dead, reading the Bible with the orphans, and bringing the Viaticum and Anointing the sick with oil even when the shepherd himself is scared sh… of the coronavirus.

Finally, pastoral faith makes the celibate priest better appreciate the words of Jesus when he said, “The good shepherd lays down his life for his sheep” (John 10:11). When Jesus said it, he was not online.

Jose Mario Bautista Maximiano ([email protected]) is the author of THE SIGNS OF THE TIMES AND THE SOCIAL DOCTRINE OF THE CHURCH (Salesiana, 1991) and THE CHURCH CAN HANDLE THE TRUTH (Claretian, 2017).