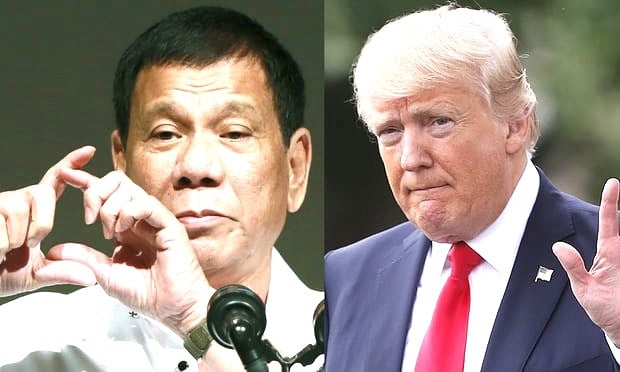 President Donald Trump has praised his Philippine President Rodrigo Duterte, left, for his “war on drugs” that has left thousands dead. AP PHOTOS

Donald and Ivanka Trump’s companies use a law firm managed by a Philippine government official, which poses the latest in a string of potential conflicts of interests due to the Trumps’ global business empire, the UK’s Guardian has reported.

Elpidio C. Jamora Jr. is one of four named partners at the Manila-based law office that acts as a representative to register trademarks for both the Trump Organization and Ivanka Trump’s personal brand.

Jamora is also the chairman of the Philippine National Construction Corporation (PNCC) the country’s largest state-owned and run construction company.

By hiring a law firm managed by an important member of the Philippine government, Trump is vulnerable to charges of paying a foreign official to serve the interests of his private business, the Guardian argues.

As an example, the Philippine government may try to delay or expedite Trump’s trademarks as a policy leverage, Jordan Libowits from Citizens for Responsibility and Ethics in Washington, DC, told the newspaper. 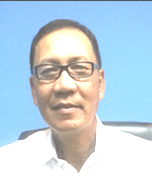 PNCC Chair Elpidio C. Jamora Jr. manages a law firm that the Trumps use in the Philippines. PNCC

Ivanka Trump’s (she’s an assistant to the president) company, Ivanka Trump Marks LLC, raised eyebrows after it was granted seven trademarks in China since her father rose to power. Three were granted on the same day Trump met the Chinese president, Xi Jinping.

Trump has been using Jamora’s law firm since 2007. The firm reportedly represented his daughter Ivanka Trump, for three pending trademark applications for her fashion and accessories line in the Philippines since Trump was inaugurated.

“If she gets these [registrations] because of her position in government or relation to the president, that becomes a very serious issue,” said Libowitz. He added that while Trump’s relationship to Jamora is “not a smoking gun, it’s a red flag.”

The vast Trump corporation presents an unprecedented problem for US foreign policy. Trump has not liquidated his holdings or put them in a blind trust, as previous presidents have done, to avoid this problem.

Another potential conflict of interests: Trump is opening a Manila skyscraper built by developer Jose EB Antonio, who was named as special trade envoy to Washington last year, making the US president’s family and a Philippine government appointee business partners.