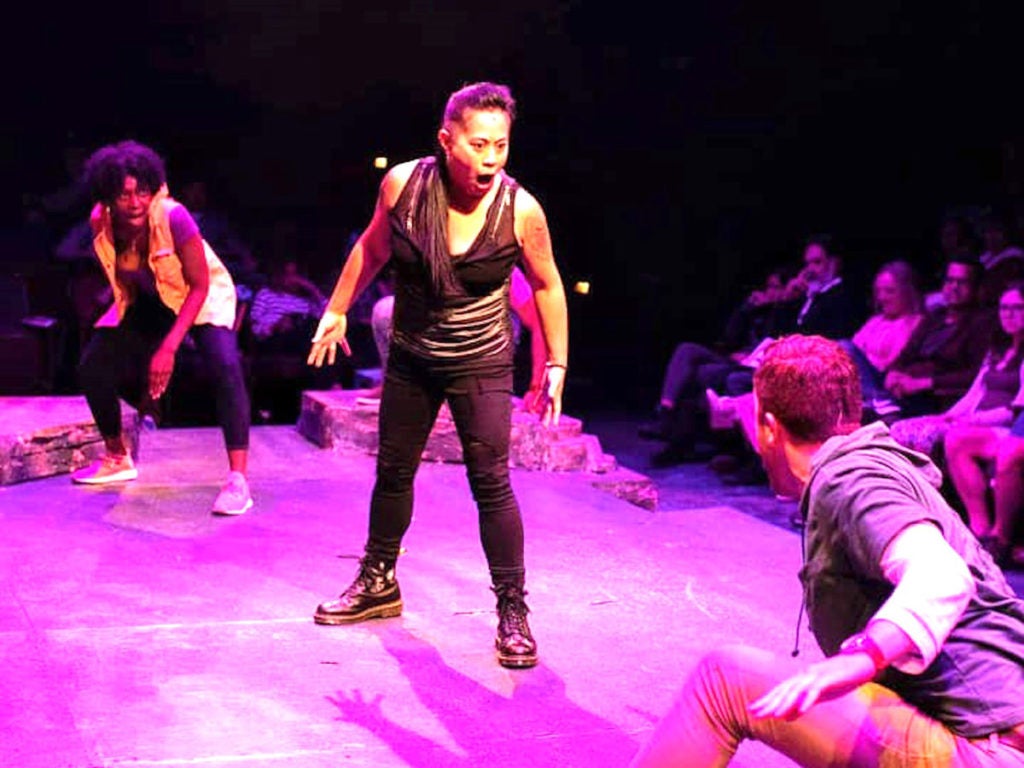 A scene from “The Last World Octopus Wrestling Champion.” CONTRIBUTED

Huertas wrote and composed the pop-rock musical about a Filipino American family whose matriarch is a wrestler of octopi from the Pacific Ocean. It was staged last year by ArtsWest Playhouse and Gallery.

Lapid Munter received the award for Excellence in Performance in a Musical as a Lead Actor for playing the titular wrestling champion.

Huertas received the award for Excellence in Local Composing.

The production received the award for Excellence in Production of a Musical. It was helmed by ArtsWest artistic director Mathew Wright, who commissioned Huertas to create the musical. 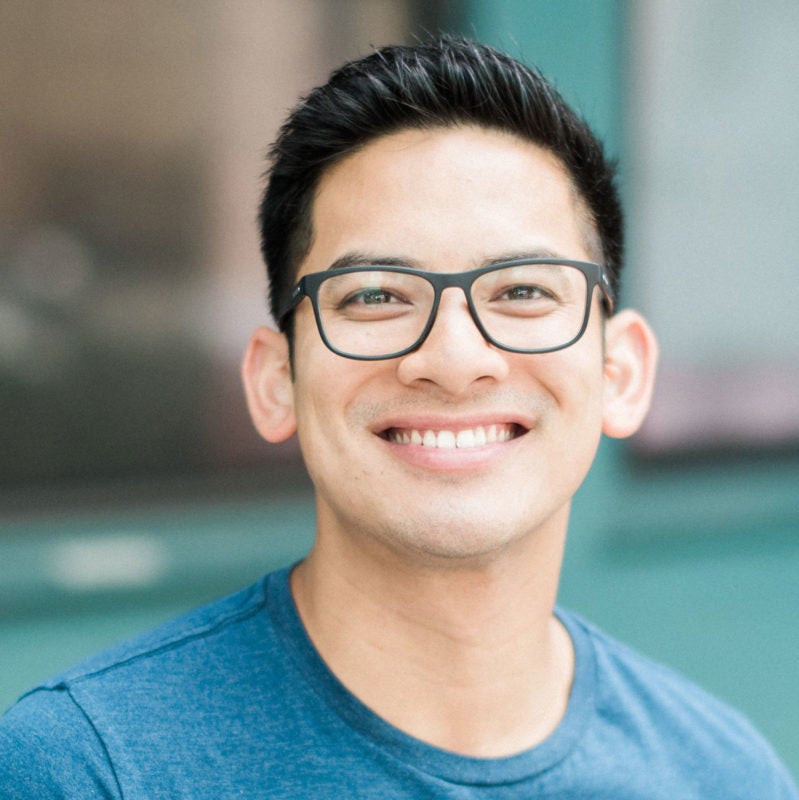 The awards are given annually by the Seattle Theater Writers group in 33 categories in two divisions (Large Theaters and Small Theaters). ArtsWest Playhouse falls under the Small Theater division.

“I’m so, so proud of this musical. For my work here to be recognized in this way is wonderful,” says Huertas.

For the show’s Excellence in Production award, he credits his collaborators. “All of my work usually incorporates fantastical, comic book-ish elements like telekinesis or tentacle hands. I rely on my directors and choreographers to imagine how that will be realized on stage. In this case, it was director Mat Wright and Fil-Am choreographer Alyza DelPan-Monley working with me to bring this crazy story to life.” 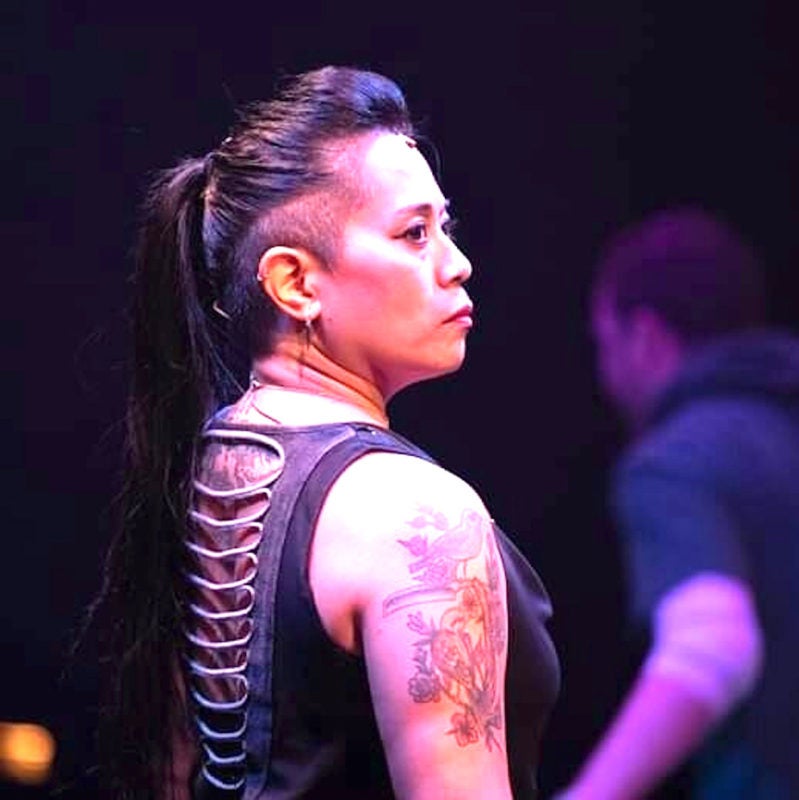 Fil-Am Lex Marcos was the set designer. Lapid Munter says, “The production team we were so fortunate to have was top notch. Our cast was unbelievably perfect for this show.”

“I was so proud to be seen, appreciated, acknowledged. heard. This was the first show I have ever worked on that truly gave me the feeling of Pinoy pride,” Lapid Munter says.

Huertas said that this musical was his first time creating a Filipino American family for the stage. “I was intent on … including things from my own experiences. Like my own titas asking ‘Did you eat?’ every time they see me. Or the cheap and reliable meal of Spam and eggs.”

He says that the opportunity to work with other Fil-Am theater makers “enhanced the creation” process of the musical.

“Actor Christian Quinto helped me translate some lines of dialogue into Tagalog. Choreographer Alyza put some Filipino touches into the movements, like a ‘mano po’ blessing in the opening scene.”

Huertas and Lapid Munter are both elated to report that audiences appreciated their efforts.

“Audiences loved it. I was really happy to see Filipino American and Asian American families come and immediately relate to this family and their dynamic,” says Huertas.

“Still, this story and this dynamic has intentions of universality, so I was also glad to see that families of other cultures saw themselves in these characters, too.”

Lapid Munter shares, “One of my favorite things to do every night was to peek through the curtains and watch the audience fall in love with every character on stage. There was someone on that stage for every audience member to relate to. The most common feedback I got was ‘I have never felt so seen before.’

“I will never forget one evening, after a show, a woman came up to me and said she had a friend visiting. Although her English wasn’t very good, she had to speak to me.

“Her friend grasped my hands, looked me deeply in the eyes and said, “The world needs to see this show. This show can fix the world. This is what the world needs more of.”