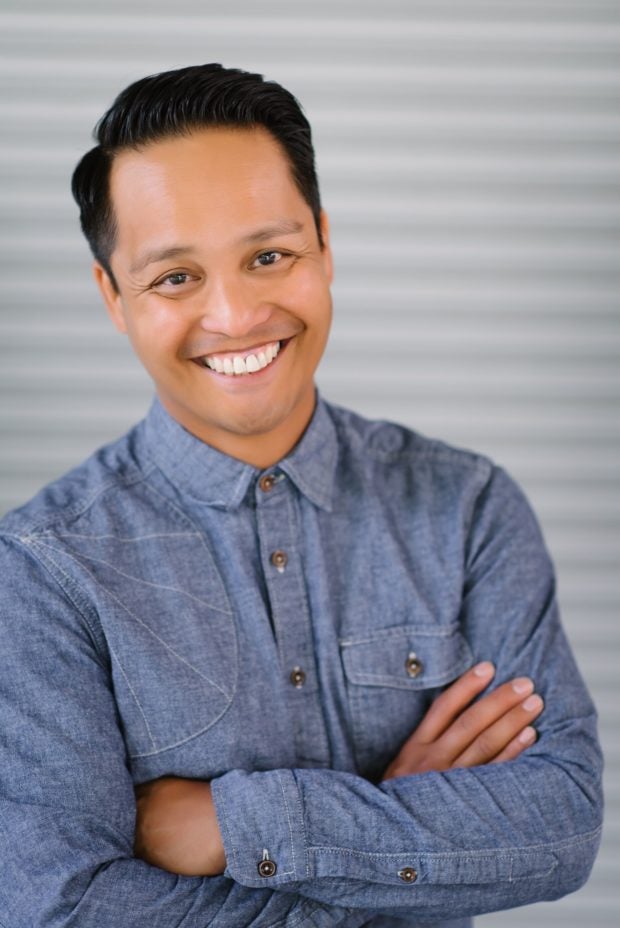 Jojo Abaoag has won the 2018 Gypsy Rose Lee Award for Excellence in Performance in a Play of a Supporting Actor for his work in “An Octoroon” for ArtsWest Playhouse and Gallery. CONTRIBUTED

SEATTLE — Filipino American actor Jose “Jojo” Abaoag has won the 2018 Gypsy Rose Lee Award for Excellence in Performance in a Play by a Supporting Actor for his work in “An Octoroon” for ArtsWest Playhouse and Gallery.

The awards are given annually by the Seattle Theater Writers group in 33 categories in two divisions (Large Theaters and Small Theaters). ArtsWest Playhouse falls under the Small Theater division.

“I was quite surprised honestly,” Abaoag says of his achievement. “There is so much good work being done in the city. The people I have the privilege of working with are generous, talented and forgiving. We don’t do it for awards.

“I keep doing theater because I like telling stories. I like the work and the sense of community from working with other artists.”

This is Abaoag’s second Gypsy Rose Lee Award. He’d won in 2013 as Lead Actor for his work in Fil-Am playwright A. Rey Pamatmat’s “Edith Can Shoot Things and Hit Them” staged by Seattle Public Theatre (Large Theater division).

“My wife Miko is incredibly supportive and grounds me. She does a lot of things behind the scenes to make this all work so that I can appreciate it more. I approach my work and any recognition for it for what it is, an honor at my age to still be a working actor in Seattle.”

Born in Garden Grove, California, Abaoag was frustrated by his attempts at basketball for his school elective and instead chose an improvisation class. “I remember feeling so alive up there. I could just make it up and be creative with how I reacted to others.” 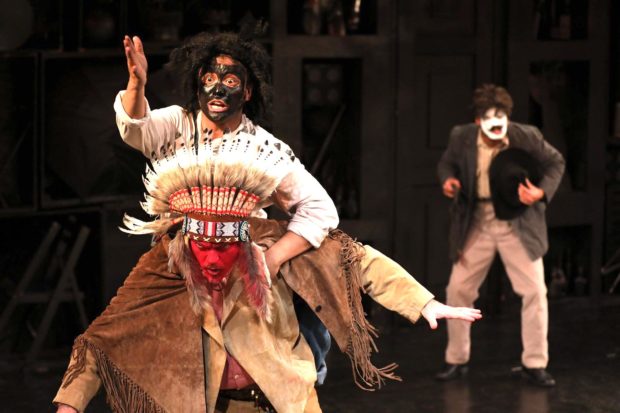 Abaoag (top, left) struggled with the racially-charged material of “An Octoroon.” CONTRIBUTED

His teacher was directing “The Adventures of Huckleberry Finn” at the local community college and suggested he join the cast.

“I got to hang out with older actors, see them work and rework the story, and hung out with them outside of rehearsals. I started to understand how you become a community of actors and stage crew and you all do something that’s exciting.

“It wasn’t competitive like in sports. You have a family of really interesting and different people to hang out with for a few weeks. I was hooked.”

He went on to study Theatre at Cornish College of the Arts. Credits include “The Cherry Orchard” (A Contemporary Theatre), “The Last Days of Judas Iscariot” (Sound Theatre Co.), “Hotel on the Corner of Bitter and Sweet (Book-It Repertory), among others. He’s currently the Marketing and Community Partnerships Manager at Seattle Children’s Theatre.

Wokring on “An Octoroon, written by African American playwright Branden Jacobs-Jenkins, was very challenging for Abaoag.

“The play required a lot of focus with quick changes and supporting each other with difficult material. I thank my castmates and my director for this experience and for so much support.”

With a story immersed in racial matters, the play’s male actors have to perform in blackface, whiteface and redface.

“‘An Octoroon’ asks actors to go deep into these American stereotypes and paint their faces the color of other races. But the play requires you to commit to this so that the audience gets the full impact of the play. This is where I struggled the most. 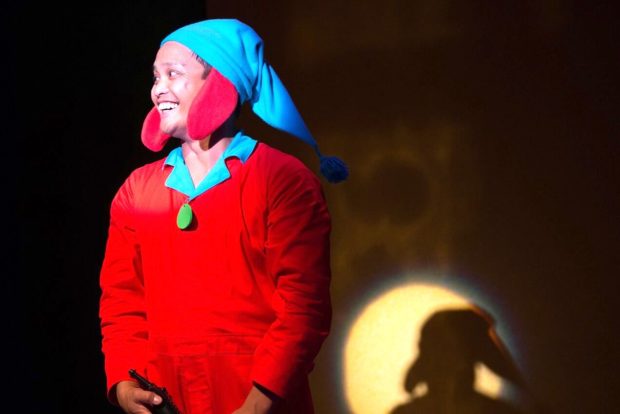 “I had to say racial epithets at my castmates. They were wonderful and very supportive but I still had to get past myself. I went through numerous voices and approaches in the rehearsal process but I pushed through because I knew that, ultimately, the play’s impact was far more important than an actor’s anxiety of presenting racial stereotypes in blackface to audiences. Discomfort is the point.”

Fortunately, things are getting a little bit more comfortable in the real world, or with the diversity of Seattle’s theater scene at the very least.

Abaoag says, “It is getting better. Having been in Seattle since 1994, there is no denying it. I’ve tried to make a go in other cities and I chose Seattle as my artistic home for this very reason.”

“What’s encouraging is that there are just more actors of color, particularly Asian Americans, in the Seattle theater scene. They are trained and they are good.”

He hopes to see continued improvement and more collaboration. “It has gotten better but there are still missteps by many Seattle theaters that still need to be addressed. Some still tend to cast shows or pick their productions through a white lens.

“There needs to be real effort and conversations with artists of color and theaters in Seattle about what stories we’d like to see and how we can help grow the audiences to get more people of color into seats. I have no doubt that the audiences will come if this conversation is followed by action.”