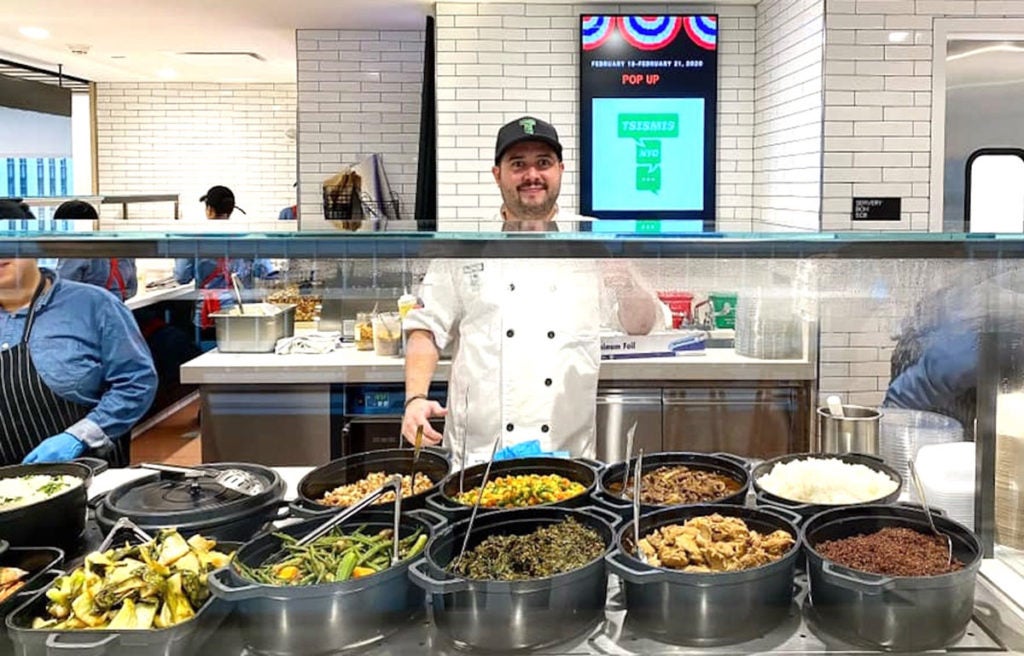 NEW YORK – Filipino food has curiously found its way into the heart of America — baseball. For the week of February 21, Tsismis Restaurant catered Adobo, Sisig, and Pinakbet to the corporate officers and employees of Major League Baseball, the piquant aroma of ‘ginisa’ – sautéed onion and garlic – mildly floating throughout the corridors of MLB’s headquarters on Park Avenue.

“We were proud to be the first Philippine restaurant to have a pop-up at their canteen,” Tsismis chef and Director of Operations Jappy Afzelius told The FilAm.

Jappy served traditional dishes like Chicken Adobo, Beef Steak Tagalog, Sisig, Laing, and Pinakbet. It was an introduction to Filipino food for many at MLB. For Jappy it was a wonderful opportunity to explain the history, characteristics, and ingredients of food from the country’s thousands of islands.

The most popular dish came as no surprise: Chicken Adobo simmered in soy sauce, vinegar, peppercorn and garlic. The origin of this Philippine national dish remains debatable with some saying Adobo was introduced by the Spaniards during the colonial period and others insisting it is indigenous, with Filipino ancestors traditionally soaking their meats in vinegar and spices before cooking.

The Sisig was another MLB favorite, said Jappy. Commonly paired with beer, Sisig is a spicy dish made from the chopped parts of a pig’s head and chicken liver.

“They loved the food so much that most returned every day,” he said. “Some clients came back every day for the whole week and are now curious to come to the restaurant.” 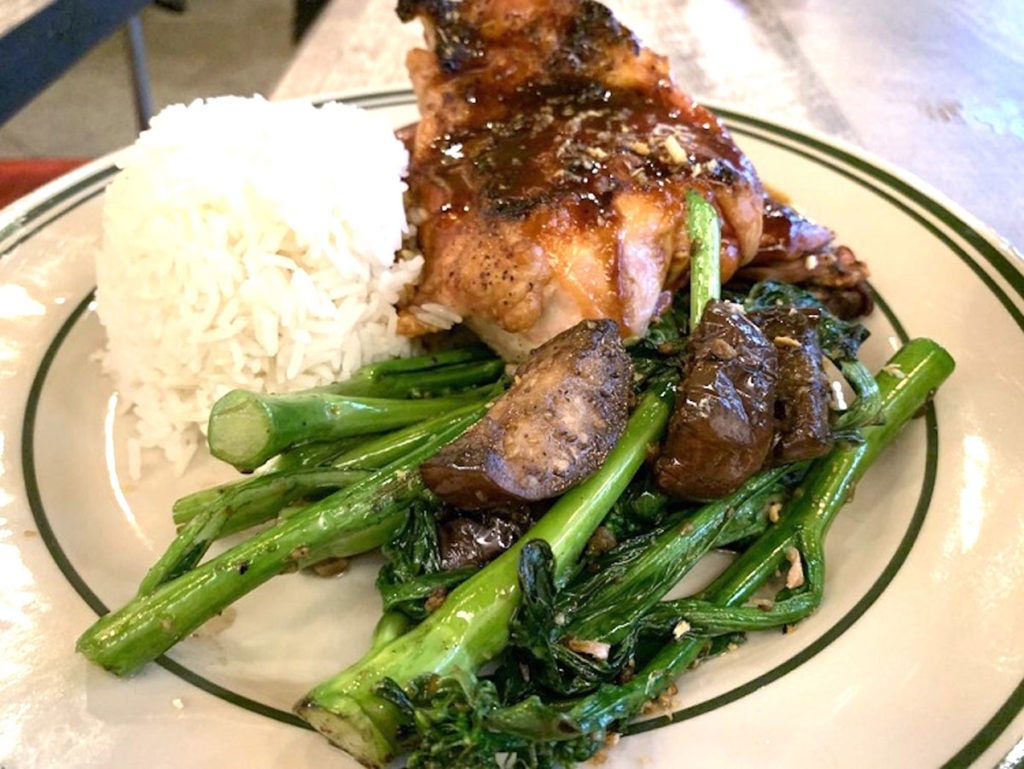 Chicken Adobo, the most popular dish at the MLB canteen. YELP

Tsismis restaurant and wine bar opened on June 7, 2019 at 143 Orchard Street in Manhattan’s Lower East Side. The word “Tsismis’ is derived from the Spanish word “chisme,” meaning gossip. The owners selected the name with the idea of introducing a casual gathering place to bring people, food and drinks together.

The Dumaguete-born Jappy was trained in restaurants in San Francisco and Paris before moving to New York. The financial crisis of 2008 steered Jappy’s career as a mortgage banker into the culinary world. He lost his job and began to work in various restaurants around the Bay Area, starting from the bottom. He got interested in cooking, returned to the Philippines and attended culinary school at Enderun Colleges.

His internship was spent in the kitchen of Chez Allard in Paris. He came to New York and became Executive Sous Chef at Manila Social Club in Brooklyn. He has a master’s degree in Food Culture & Communications from the University of Gastronomic Sciences in Pollenzo, Italy.

Weeks before guest-catering at MLB, Tsismis was invited to do a pop-up at Fox News. “They liked the food so much there and I was recommended by a friend (to do the same at MLB),” he said.

For Jappy, doing pop-ups in places where Philippine food is largely unheard of is a great opportunity to be able to “share the culture.” @The FilAm

LATEST
Solon wants PWDs with mobility impairments included in home vax drive
New Zealand PM sets out plans to reconnect with post-pandemic world
Turkey calls on Muslims to take clear stance over Gaza
Israeli president warns of civil war as Jews, Arabs clash over Gaza
‘We are fed up’: Thousands pray at Portugal’s Fatima shrine for world without COVID-19
MOST READ
usa Dogecoin price prediction – will it rise back?
usa How long do hardboiled eggs last?
usa On May 13 – remembering Our Lady of Fatima
usa Anti-Trump Republicans threaten to form third party
usa WHO recommends how we can stop the next pandemic
usa Healthy Keto air fryer recipes to try
usa Shows like Game of Thrones