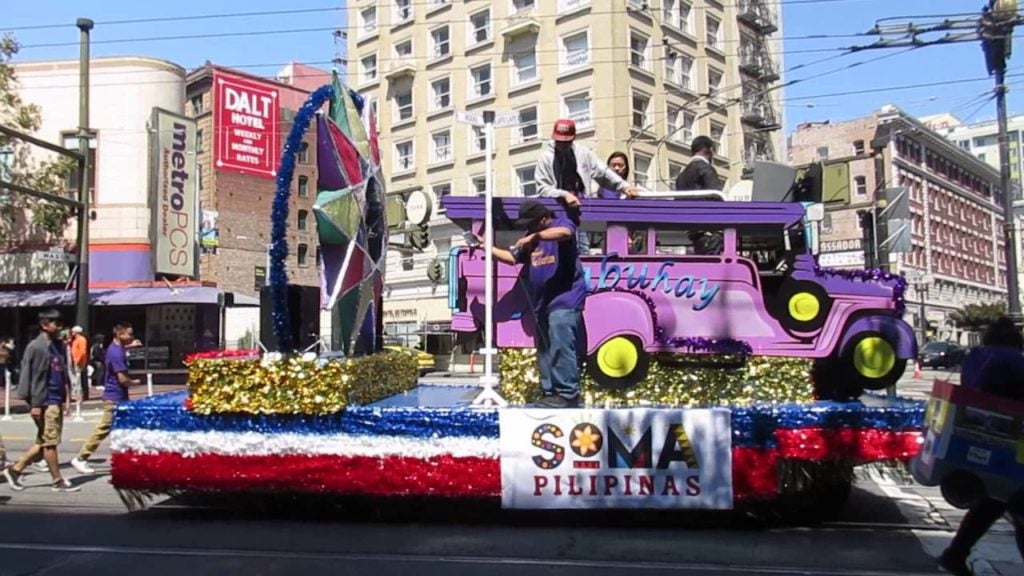 A Cultural District is a well-defined geographic area with a high concentration of cultural resources and activities. The 14 districts that comprise the program’s first cohort were selected with variety in mind, to meet the complex makeup of the state.

Calle 24 Latino Cultural District and SOMA Pilipinas will receive the designation for a period of five years, per state legislation. Designation includes benefits such as technical assistance, peer-to-peer exchanges, and branding materials and promotional strategy. The California Arts Council has partnered with Visit California and Caltrans for strategic statewide marketing and resource support.

In these neighborhoods, city agencies partner with community based organizations, small businesses and residents to push strategies that support affordable housing production, reduce the displacement of area residents and small businesses, strengthen local serving businesses, and increase pathways to employment.

“These important cultural assets are a testament to the work of our partners and residents who embody the values of San Francisco. These communities will shape the future of culture districts in the state and beyond,” stated Mayor Ed Lee. Originating with the adoption of Assembly Bill 189, authored by Assemblyman Richard Bloom in 2015, the California Cultural Districts program aims to raise the visibility of local artists and community participation in local arts and culture and promoting socioeconomic and ethnic diversity. Districts also play a conscious role in tackling issues of artist displacement.

It is home to unique cultural institutions such as Kularts, one of the nation’s premier presenters of contemporary and tribal Filipino arts, and Bindlestiff Studio, a renowned, community-based performing arts venue dedicated to showcasing emerging Filipino American and Filipino artists. SOMA Pilipinas is committed to socio-economic equity and community empowerment.

“We are so honored to be among the first cultural districts to receive State designation,” said Raquel Redondiez, Project Manager of SOMA Pilipinas.

“The Calle 24 Latino Cultural District, in the heart of the Mission, is anchored by the 24th Street corridor (Calle 24), a vibrant, commercial, tree-lined corridor known as “El Corazón de la Misión” or “The Heart of the Mission.”

The Mission District in San Francisco is known worldwide for its bounty of colorful murals and is considered the birthplace of the regional mural movement. The 24th Street corridor, with nearly 200 small businesses, is a bustling enclave of Latino owned and operated shops, including colorful specialty stores, restaurants, taquerias, Mexican bakeries, fresh produce grocers, butchers, cafes and art galleries.  Calle 24 hosts some of the largest annual festivals in San Francisco, drawing hundreds of thousands of visitors to the community.