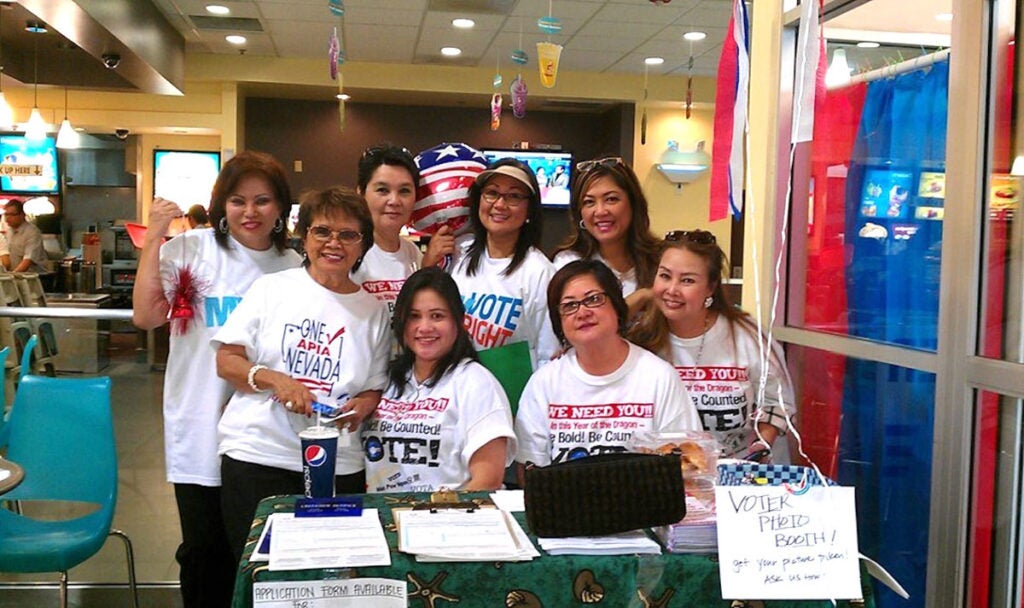 After the South Carolina Democratic primary, here’s the lesson/question for Super Tuesday on March 3.  When will the pandering begin toward Asian Americans?

Don’t we deserve something special, considering all the years we’ve battled the “model minority” tag? That’s not just a tongue-in-cheek comment.

Thanks to black voters, Joe Biden won in South Carolina, and all because of what I call “positive pandering.” Doesn’t always work. Tom Steyer mentioned reparations in the South Carolina debate on CBS last week, spent nearly $23 million in ads in the state, and has nothing to show for it. When the polls closed Saturday, Steyer finally had the good sense to drop out and return home to California–not as a candidate, just a voter.

Biden, in the meantime, mentioned Obama at every turn. Plus, he had a secret weapon: South Carolinian and Congressional Black Caucus stalwart Rep. James Clyburn, who gave a last minute shove to Biden just days before the primary. It was all that was needed to supercharge the former veep’s campaign.

Biden went from slightly ahead of the pack to an explosive victory, winning by almost 30 points over rival Bernie Sanders. Playing a critical role in Biden’s success, Rep. Clyburn has been a monster when it comes to electoral patronage. His people are super loyal. On Clyburn’s say so, Biden’s ills were submerged. What about that busing gaffe exposed by Kamala Harris last summer? Or how about Biden’s treatment of Anita Hill in the Clarence Thomas hearings? Clyburn’s blessing was all Biden needed to save his political life from the past, which is great if he were running for president of the Palmetto state.

But what about all the rest of us, especially as we look to the big day March 3, Super Tuesday?

If pandering works with black voters in South Carolina, when will we see some “positive pandering” toward Asian Americans in the most Asian state in the nation? In California alone, we’re worth 415 delegates to somebody next week

So far, I haven’t really seen Biden say much about Asian Americans anywhere. We come up like an afterthought. In fact, it looks like post-South Carolina, Biden will employ a nouveau “Southern strategy,” concentrating on states with more than 25 percent black electorates (Alabama, North Carolina, Tennessee, Arkansas, and Virginia). That might give him one last hurrah. Just not in California.

So let’s give kudos to Sen. Elizabeth Warren, who is really reaching out to Asian Americans and has named New Yorker Roger Lau as her campaign manager– believed to the first AAPI to head a “major” presidential campaign.

“Major” is debatable at this point, because Warren was at 7 percent of the vote on Saturday and won no delegates. Heading into Tuesday, she’s sitting fourth with 8 delegates.

Lau says Warren’s going to be aggressive in California in advance of the March 3 primary. Time for some “positive pandering,” I asked Lau, who laughed at my original coinage. He said Warren knew all about the diversity of the Asian American community (which presumably means she knows a Guillermo is Asian and not necessarily Hispanic). Lau said she was going to be meeting with the community and that the candidate was a nerd about the need for the disaggregation of our community’s data to really know our issues. (How else to tell the needs of Chinese vs. Filipinos vs. South Asians, etc.? See my column on this topic.)

Lau said from the early electoral battles, it’s clear the Democratic party wants a progressive nominee” and that Warren “has rock solid progressive credentials and a record of fighting the tough fights.”

Then I asked if it was possible for Warren to pull out of the race without a positive showing on Super Tuesday.

“We have a plan to go all the way through,” Lau answered. “This is going to be a long race. I don’t think any candidate in this race is going to wind up with a majority of the delegates needed to secure the nomination before the convention. We’re fighting this delegate by delegate.”

Can the Sanders’ math beat Berniephobia?

And that brings us back to Bernie Sanders. His math makes sense. And he’s built it by being the real candidate of hope and change for all disenfranchised folks in America. To his credit, Sanders always seems to make a point to use inclusive language in his speeches. It’s no small thing to mention Asian Americans at every chance in what I call the “diversity litany.”

On Saturday, he was gracious in defeat and congratulated Biden for his win. But Sanders may not be impaired by the South Carolina loss. In pre-Super Tuesday polls touted by CNN, Sanders leads California with 35 percent, ahead of Warren (14 percent), Biden (13 percent), and Bloomberg (12 percent).

In Texas, the polling showed Sanders has a 29 percent lead, ahead of Biden (20 percent), Bloomberg (18 percent), and Warren (15 percent).

Between California’s 415 delegates and Texas’s 228 delegates, that’s 643 delegates (out of the 1991 needed to win). A win in both states could be the thing that overcomes what I’ve called “Berniephobia,” the irrational fear that Sanders cannot win in November.

It’s not a flattering look for Democrats, especially after 2016. It’s sort of un-Democratic. Not when the people say one thing and the party bosses another. But South Carolina gives Biden a boost and the political establishment a figurehead to rally around.

In solidarity with South Carolina, I voted live in California on Leap Day. There weren’t many who shared my enthusiasm in advance of Super Tuesday.

But California’s been voting for at least a few weeks. Given Biden’s performance prior to Saturday, I’m not sure if he gets a momentum push on Tuesday to make a difference. The Sanders poll numbers suggest the real allure of a “new America” coalition: a diverse collection of younger progressives and liberals, a new generation of people of color, and a strong union-oriented working class.

Biden, by contrast, seems so yesterday. He may be nicer, more empathetic than Trump. But is it enough to be a more palatable, corporate establishment type who plays by the norms? Given the inequality of our times, is something more needed?

One thing on the California ballot, it’s loaded with names of people no longer running. Deval Patrick, the former Massachusetts governor, and Sen. Michael Bennet are the first two names on the ballot. Then comes Michael Bloomberg, who wasn’t in the South Carolina race and is poised to make a last stand, but not to win. An earnest push by Bloomberg could bring Biden back to earth, leaving the big prizes on Tuesday—-to Sanders?

Another person on the California ballot is Andrew Yang, who suspended his campaign and is encouraging the others with no math to win to get out. Last week he revealed the Bloomberg folks have inquired about being the billionaire’s running mate. Yang hasn’t rejected the possibility, which could very well be an example of “positive pandering” to excite Asian Americans.

Yang did say that Bloomberg may have miscalculated by not entering South Carolina and allowing Biden to re-enter. On Saturday night after the primary, the only ads running in my California market were from the two billionaires, Steyer, now out, and Bloomberg. If Bloomberg continues aggressively to the very end, he may be Biden’s undoing.

That’s what makes this primary season so critical this early, especially in two of the largest AAPI states in the country that could hand someone more than 600 delegates.

Be sure to mark your ballot and be counted.

Even if no one comes pandering.

Emil Guillermo is an award-winning journalist and commentator. He writes a column for the Inquirer.net North American Bureau. Twitter @emilamok