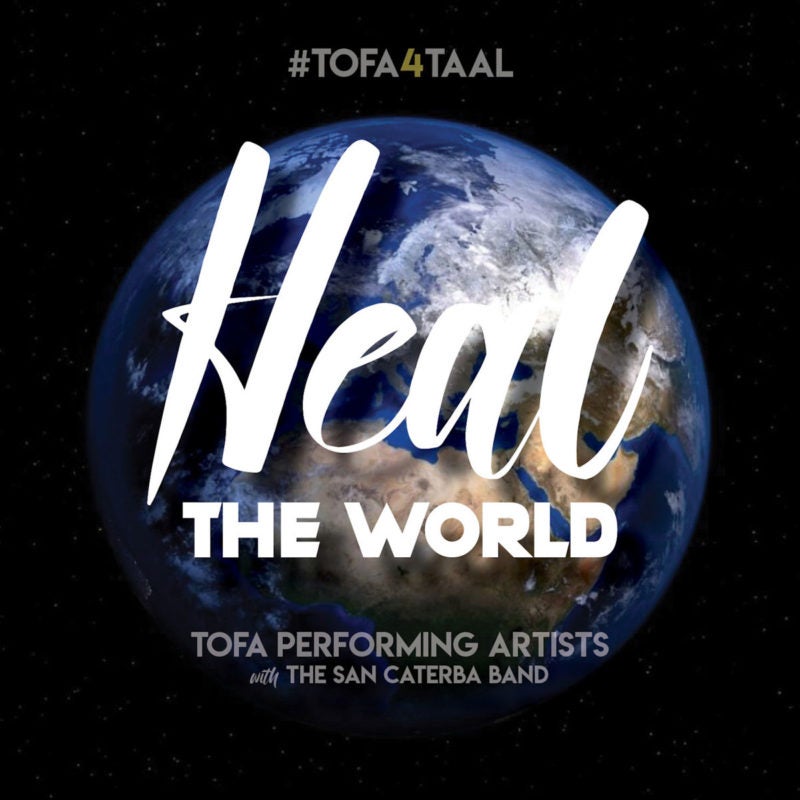 NEW YORK—Moved by the plight of kababayans displaced by the eruption of Taal Volcano in January, New York-based Filipino American artists banded together in a genre crossover to record the Michael Jackson hit “Heal the World.” A production of The Outstanding Filipinos in America (TOFA), the music video was released on February 25 on YouTube.

“Life turned upside down for almost 500,000 Filipinos when Taal Volcano erupted. Many remain stranded in evacuation centers to this day. Their homes, farms and livelihood are gone. As Filipinos living overseas, we are reaching out to our kababayans through the Philippine Red Cross and invite everyone to help us make a difference in their lives,” the TOFA4TAAL producers noted in the music video.

Aside from TOFA founder Elton Lugay, executive producers of the TOFA4TAAL cast recording are Jeremy Newcastle of WhatsOnFilAm Music, Bessie Badilla of Brinoy Music and music video editor Erwin Pajarillo. It was recorded in Brooklyn, N.Y. at the Kamoken Recording Studios with Cheff Loncher serving as master of the audio mix.

“Taal Volcano’s eruption caused damage to infrastructure and agriculture exceeding 3 billion pesos, not counting the loss of homes and livelihood in one of the most progressive areas of our homeland. This struggle is very real to many New Yorkers, as the Tri-state area hosts a sizeable Batangueño community,” Lugay said.

“Yet another disaster is in the offing. The first coronavirus death outside of China happened in the Philippines last February 1, and the number of possibly infected people is rising fast.” he added.

Meanwhile, the music recording was done at the Frequency Recording Studio in White Plains, N.Y. with Lugay and Badilla as executive producers; Newcastle as producer; and Rich Fabrizio as sound engineer. The San Caterba Band provided the harmony as directed by Maestro Ed Dee, who was also on the keyboard; Henry Tan on lead guitar; Ver Kapunan, guitar; Ed Borras, guitar; Bong Fullon, bass; Dodi Tan on drums; and Badilla and Titchie Sarabia on percussions.

“We stand united as Filipinos letting our kababayans know that they are not alone. Whether they are in an evacuation center somewhere in Batangas or quarantined in Manila fearing for their lives, there is always hope. We, the Filipino Americans of New York, our families and friends, are reaching out to our homeland with hearts full of love, wishing recovery for every displaced person in our homeland,” said Newcastle.

The TOFA4TAAL music video was also a contribution of AE Video Aerial with Pajarillo serving as director and Angelene Coronel, producer. All proceeds from its sales and downloads will accrue directly to the Philippine Red Cross. The material can be accessed through this link: https://www.youtube.com/watch?v=-wlNkZ_nTo8&feature=youtu.be