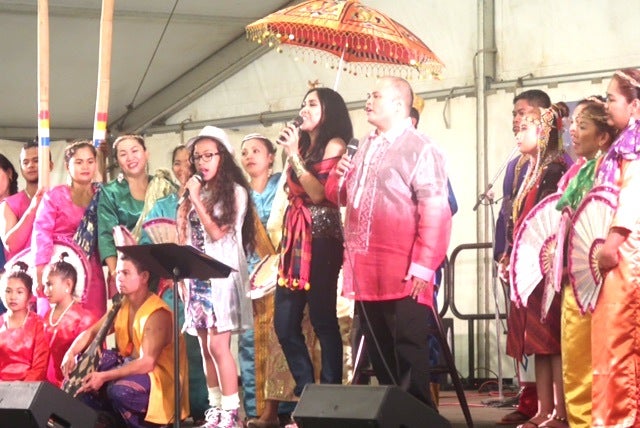 HONOLULU — Summer has officially arrived, and just about everyone on the island of Oahu has the 50th State Fair on their summer to-visit list. KPHI radio 96.7 FM figured that this longtime family affair at the Aloha Stadium, an annual carnival of games, rides, food and of course, shows, would be the perfect venue to present Filipino culture to a vast audience.

“E.K. Fernandez Shows, Inc. came to us looking for an attraction to bring in people to enjoy the fair,” stated Allan Alvarez who does his own mid-day show on KPHI.

At first, the planning committee considered featuring major artists, but they became too expensive. After thinking about Hawaii as a whole, Alvarez suggested doing a Filipino Cultural Night.

“We thought about celebrating the Filipino culture because there are so many Filipinos here in Hawaii.” When Alvarez presented the idea and tentative program to the EK Fernandez team, they approved and went with the plan.

Many of the acts come from the local Filipino community, including Tekniqlingz, Jezbhel Leano and A-Trust Band. 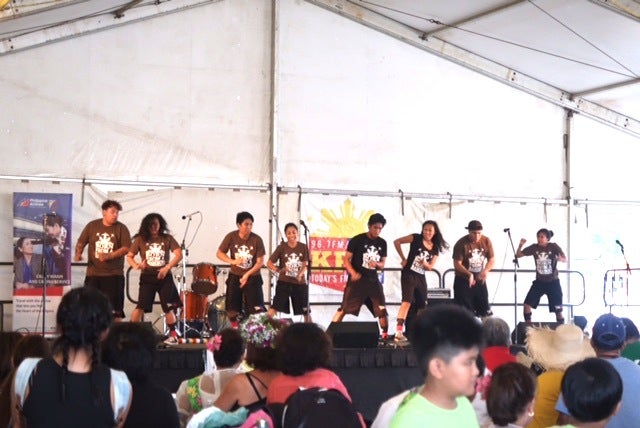 Alvarez chose the acts based on what would make a good mix of both past and current artists that the audience would enjoy.

“The theme of the show is Then and Now, also known as Noon at Ngayon. We mixed traditional, modern and contemporary into the program.”

Alvarez claims that not many Filipinos in Hawaii have a strong understanding and familiarity with their own culture, so KPHI wanted to give them a taste of it, “old and new at the same time,” as Alvarez puts it.

From songs and dances to a colorful fashion show, the audience members of the 50th State Fair experienced the first Filipino Cultural Night since the fair began in 1903.

One of the performances came from a popular Filipino talent show “The Voice Kids Philippines.” Yssa Marie West, who competed in the third season of the show, proudly displayed her Filipino American upbringing and aloha spirit as she competed and trained under Coach Lea Salonga. 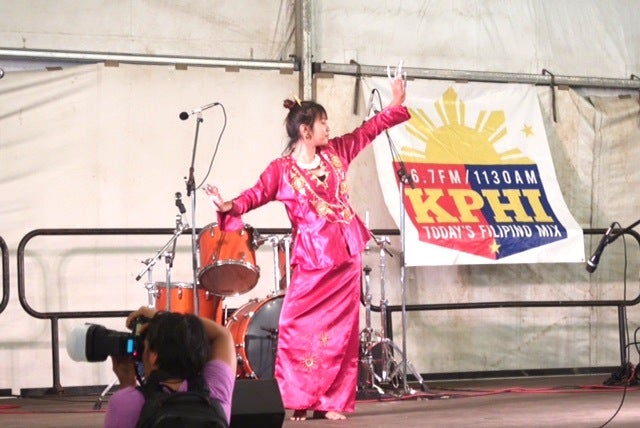 Making it to the overall top 24, West has returned to her home and continues to perform, taking every opportunity that comes her way. The young artist sang her heart and soul out on the stage, leaving the audience in awe.

“I feel mixed emotions. I’m so blessed because all these people came. My friends and family came, even my teacher came. The crowd clapped and it makes me feel happy. I love to sing and to share my talent.”

Another part of the event showcased the fashions that the Philippines has to offer, under the guidance of Iris Villacrusis, a Filipino designer from the Big Island. Ranging from the Maria Clara dresses to malongs, Villacrusis shared all of his collection with the crowd.

After realizing the absence of Filipino fashion in mainstream media, Villacrusis traveled to the Philippines numerous times to collect different pieces from all over the country so he could share it with the community around him. 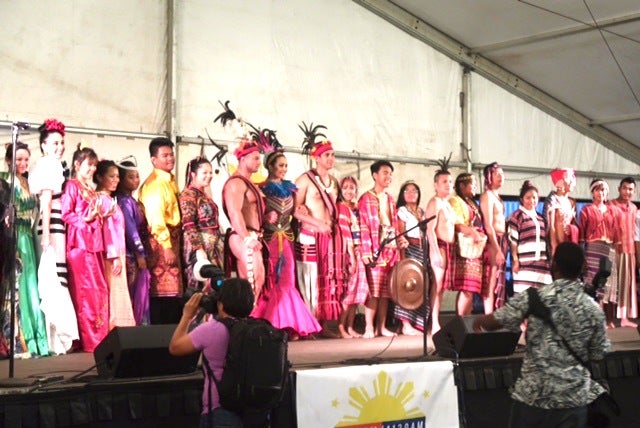 “I don’t see it in the mainstream. One of the worse things as a diaspora, we are scattered all over the world and there are people who say that they are proud to be Filipino but they’re not proud to look like one. My motto is wear Pinoy, be Pinoy.” The fashion show even ended with Villacrusis’ modern take, with the female model wearing a revealing bra with a barong and skirt.

The 50th State Fair gave people a glimpse of what Filipino culture encompasses, from dancing, singing, fashion and even food trucks outside the tent.

Alvarez hopes that the Filipino Cultural Night’s huge success will convince E.K. Fernandez Shows, Inc. to host another event next year and the following years.

“The Filipino community is underserved and under-recognized here in Hawaii because we work so hard. We just work and work and work, we don’t really have time to enjoy,” Alvarez observes.

“I want the rest of the public to know that Filipinos want to have a great time too. We want to enjoy as well and we have a rich culture that we want to share with many, many people.”