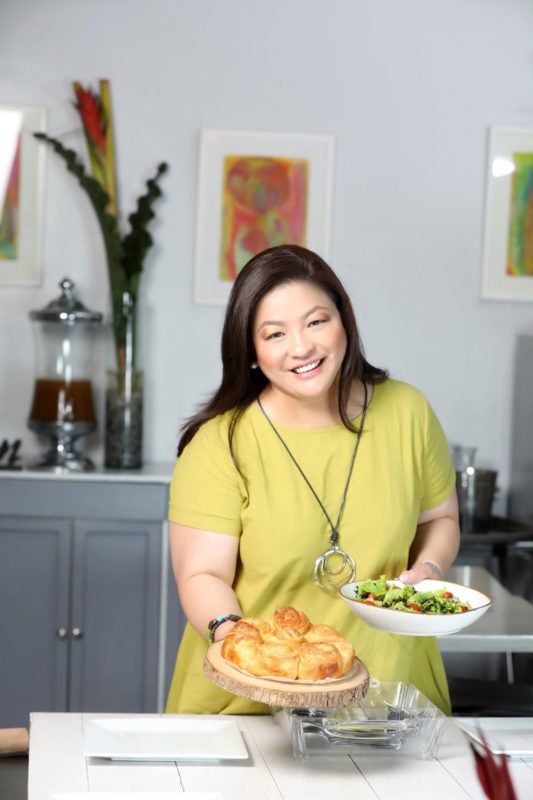 When you say Filipino food or Pinoy cuisine, in the United States or anywhere else in the world, people immediately think of adobo, pancit, lechon, or sisig. But have you heard of lomo-lomo, batil patung, pinataro and sinanta? Probably not.

In her book, Connecting the Pots, published in 2019, Malou Perez-Nievera, an Ibanag from Tuguegarao, Cagayan, writes about the Ibanag cuisine and childhood recipes, alongside her family’s stories and her migration from the Philippines to Melbourne and eventually to America.

“The recipes I shared in my cookbook are both traditional and my modern take on Filipino food.  I have been developing recipes that are true to Filipino flavors but look different in its execution,” Malou explains.

In a 2019 survey by YouGov, a UK-based company, showed Filipino food as among the least popular of cuisines from 24 countries. Chinese, Japanese and Thai food are the top favorites.

“I don’t think it is one of the least, but rather people are not just familiar with our cuisine. My goal has always been to transition it from ethnic curiosity to educating them and make the crave for Filipino food,” Malou says.

From Manila to America

Who would believe that this culinary expert once set off a fire alarm when she tried to cook fried chicken? Malou laughs at memories of a DIY (do it yourself) life when she arrived in New York in the ‘90s.

In the Philippines, Malou’s family had helpers. When her in-laws migrated to the US, they encouraged her to try living in America. With her three kids, she flew to New York where her husband was a graduate student.

“Back in the Philippines I designed my own clothing line called Northern Crew.  My brother and I had stores across the Metro and in the South.  I also had a catering business and I managed stores of a

In her big family, Filipino spaghetti and fried chicken — aside from traditional Ibanag food — are mainstays of every gathering. But oftentimes, especially when the kids were growing up, their food became a source of some “embarrassment.”

“One evening, my son’s friends rang the doorbell while we were having dinner, enjoying dinuguan (pork blood stew) with rice. We opened the door, and when we came back to the table, we were surprised that the bowl of dinuguan suddenly disappeared. My son hid it under the dining table so his friends would not pass judgment on our “different” cuisine,” Malou shares.

Malou started the blog Skip to Malou in 2009. Not only a passionate chef, Malou also has a gift for story-telling. Each dish has a story to tell, with which every Filipino viewer from around the globe can connect.

Malou launched her YouTube Channel “Skip to Malou, Cooking with a Filipino Accent” on August 17, 2012 with “how to cook fried chicken a la Jollibee.” It is a 10-minute step-by-step guide to frying chicken close or very similar in taste to that of the most loved Philippine food giant, Jollibee. It garnered more than 700,000 views and 350 comments. Presently, her channel has more than 10 million views and 54.7 thousand subscribers. 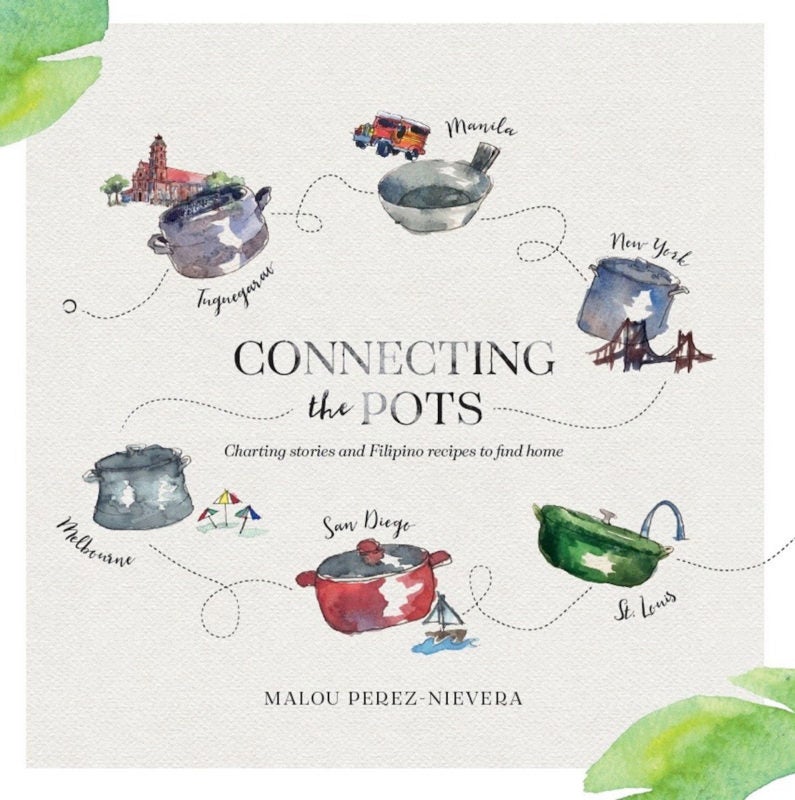 “I think my avid followers who come to my series of pop-up dinners love my belly-chon, fresh lumpia and my Ibanag dishes such as batil patung (Tuguegarao version of pancit) and sinanta (also an Ibanag noodle dish),” Malou shares.

Malou relates that she “accidentally” launched her culinary career by teaching classes in culinary schools in St. Louis, Missouri and nearby cities when their family moved there in 2011. Her cooking class has around 30 students.

“There are not as many Filipinos here in Saint Louis compared with major cities in the US.  There’s a handful of Filipinos enrolled, but mostly I have non-Filipinos,” Malou says.

Food reminds us of home

Growing up in Tuguegarao, Malou says some of her childhood favorites were: Ibanag longganisa for breakfast, pinataro sticky rice balls with caramelized latik (coconut crumbs).

But the food that best remind her of home are lomo-lomo and calderetang kambing (goat stew).

Malou confides that her culinary journey started by remembering her father. “My father took pride in cooking and serving the food of his culture,” Malou recalls.

Lomo-lomo is pork sautéed in ginger and seasoned with bagoong monamon (anchovy sauce) and vinegar.  The dish is typically served for breakfast with a steaming platter of white rice.

In college, Malou often traveled for 10 hours from Manila to Cagayan.

“The bus left Manila after dark, and just as the sun started to rise, I would arrive in Tuguegarao. And there was Papa in the kitchen, cooking lomo-lomo. This was his official welcome home banner! It was his language of love. It was his tight embrace,” Malou reminisces.

Foods brought by migrants to their adopted countries have contributed to cultural diversity.

“Our food is part of our culture and our culture should be passed on to the next generation. Bringing our food to our adopted country is a symbol of identity; a symbol of pride.  Our food mirrors our culture, our history, our values and beliefs,” Malou says.

Malou also believes that sharing food with other nationalities is important.

“When my daughter’s boyfriend’s family joined us for dinner, my go-to introductory food goes beyond the conventional adobo, pancit and lumpia. I love to start with sinanta, lechon pork belly, beef morcon and seafood paella, as my take on Filipino food is to highlight the eclectic flavors from Southeast Asia and Spain.”

Malou compares herself as a person to calamansi (Philippine lime). “It has its own distinct citrusy notes that come strong and very fragrant. A squeeze of calamansi over your dish brings out an authentic Filipino flavor. Or you could squeeze it and make a refreshing drink. Just like me: small yet could fill up a room,” she laughs.

Malou does not plan to hang up her apron yet. She will continue cooking, writing and vlogging.

Every time you eat dinuguan, sisig, adobo and the food of your childhood in a foreign land, Malou has this to say:

“Embrace your uniqueness.  Be proud of yourself, where you come from —  your family, food and culture.”