The Spectre of Shattered Lives

The Spectre of Shattered Lives 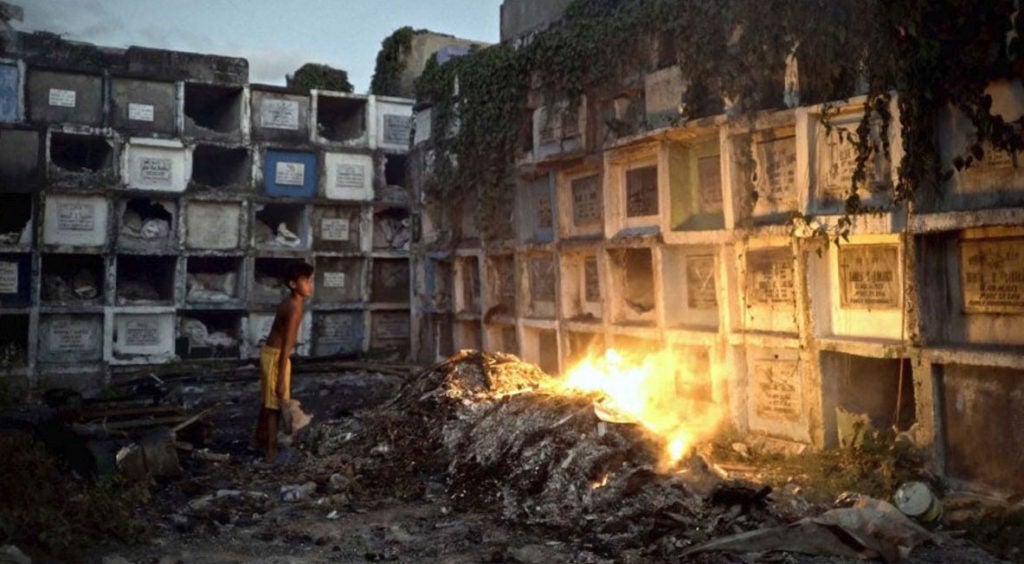 A scene from “Aswang.”

NEW YORK —As part of the recent Doc Fortnight International Festival of Nonfiction Film held annually at the Museum of Modern Art, two documentaries were included that dealt with different and depressing aspects of Philippine life: Overseas, by Brussels-based Sung-A Yoon, and Aswang, by Manila-based Alyx Ayn Arumpac. Two views on the human, or I should say, inhuman, conditions, that afflict the majority of Filipinos.

Aswang, a term that in the local folkloric imagination can apply to a variety of demonic, shape-shifting creatures which prey on humans, captures accurately and, often, poetically, the enervating mood of despair and helplessness infecting the marginalized urban-poor communities of Metro Manila. Their residents are almost always the targets of extrajudicial killings in the Dutertean war on drugs that neither addresses the drug crisis (if in fact it does exist) nor the root cause behind the dependence on oblivion-inducing substances.

A friend who’d seen the film remarked, “What a powerful, depressing and harrowing film. I admired the main characters who still haven’t lost their humanity and zest despite their horrific predicaments. Amazing how much bravery it took for the young filmmaker and how she even managed to summon some outraged lyricism while shaping her work.”

His is an accurate summation of the emotions stirred up by Arumpac’s unflinching examination of this senseless war and how it has impacted the lives of several individuals. One is a street kid, both of whose parents are imprisoned at various times, and who bravely soldiers on, alert to the vagaries of the dreary labyrinthine alleys and filthy canals that make up his world. At one point, the filmmaker buys him flip flops and a Lakers jersey, reminding the viewer that for all his bravado he’s still a kid, and somewhere in him lies a reservoir of innocence one hopes will serve him well. 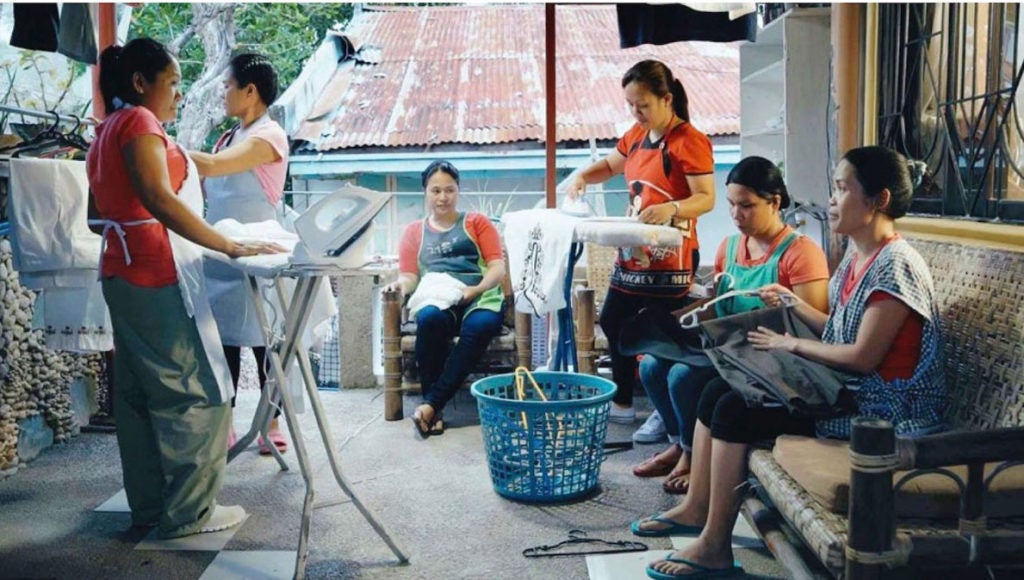 A still photo from “Overseas.”

One Kafkaesque scene sure to enrage the viewer is the discovery at a local police precinct of a dank, dark holding cell, hidden behind a cabinet, where hapless men and women—needless to say, all are poor—are imprisoned with no charges, to be released only on payment of what amounts to ransom. Tipped off by an informant, human rights activists and reporters converge on the precinct, demand that the hidden cell be opened (the precinct commander laughingly says he had no idea) and proceed to interview the hostages, for that is what they are. The whole matter underscores the cruel absurdity and senselessness of the drug war, whose only beneficiaries seem to be the police and those who command them.

Overseas is not as gut-twisting but nevertheless reveals the quiet desperation that drives so many to seek better lives abroad—a Faustian bargain, with the rather steep cost of broken families and forsaken dreams.

While studying film in Brussels, the director would always see Filipina nannies taking care of other people’s children.  She then chanced upon a study that documented how many of these women were mothers as well, and how, ironically, their own children grew up missing them, and were being cared for by relatives. She said she identified with the situation as she herself had grown up not seeing her father for some 20 years.

During the Q&A, the director did mention that she went and observed in about 20 training centers in Manila and elsewhere, before settling on one in a city that isn’t identified but I suspect was either Iloilo or Bacolod due to Visayan being spoken.  At this center, in a large, comfortable house with rooms designated for training purposes, she found a group with strong dynamics of support and the sharing of cautionary experiences.

A few of the women (and they were all women) had worked overseas before. The novices hear tales of sexual molestation, excessive work demands, substandard living conditions, and dispiriting loneliness—more prevalent, it seemed, in the male-dominated Middle East. An instructor warns her charges, “Never be alone in the master bedroom with the master!”

Reference is made to the government slogan that our overseas foreign workers are the country’s new heroes (mga bagong bayani), which the women dismiss as propaganda, the implication being, if it is deemed heroic to earn a living wage, what does that say about the larger society—and the government?

If the challenge in Aswang is for the luckless souls to keep from dying at the hands of the cops or their surrogates, the dilemma faced by the women in Overseas is to earn a decent living while maintaining their dignity and keeping their dreams and families intact. Copyright L.H. Francia 2020