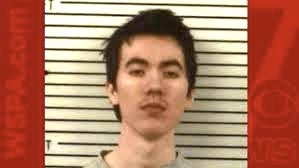 ASHEVILLE, North Carolina — A North Carolina man accused of plotting a U.S. terror attack that he discussed with a member of the Islamic State group received a life sentence on Tuesday, June 27.

Justin Sullivan, 21, (a Filipino American) pleaded guilty in November. The Morganton man is also accused of killing his neighbor and stealing his money so he could buy an assault rifle to carry out an IS-inspired shooting at a concert or club.

A doctor will observe Sullivan to determine if he’s predisposed to schizophrenia.

The defense argued that being placed in a high-security prison could trigger schizophrenia.

Prosecutors asked for a determination on the Clarke murder, but the judge only ruled on the acts of terror. The judge said he didn’t need to make a decision on the homicide case because that is the state’s responsibility.

Prosecutors say Sullivan spoke with Junaid Hussain in June 2015 via social media about making a video of a terrorist attack in the U.S. to be used by the militant group. Hussain was killed in a U.S. drone strike in Syria in August 2015.

Prosecutors said in a statement that Sullivan pleaded guilty to attempting to commit an act of terrorism – planning to kill hundreds of innocent people to prove his allegiance to the terrorist group ISIL.

Prosecutors say Sullivan also admitted to regular contact with Junaid Hussain, one of ISIL’s prominent members in Syria, who asked Sullivan to make a video of the deadly attack.

“It is frightening to know that the defendant in this case was able to use social media to contact and seek advice from ISIL, a murderous organization,” Rose said.

Prosecutors said Sullivan watched violent ISIL attacks on the Internet, including beheadings, expressed support for the group and destroyed religious items that belonged to his parents.

His father, retires US Marines Capt. Rich Sullivan, reported his son to the police.

The young Sullivan also told an undercover FBI employee that he planned to buy a semi-automatic AR-15 rifle at a gun show and tried buying hollow point ammunition to use with the gun in June 2015.