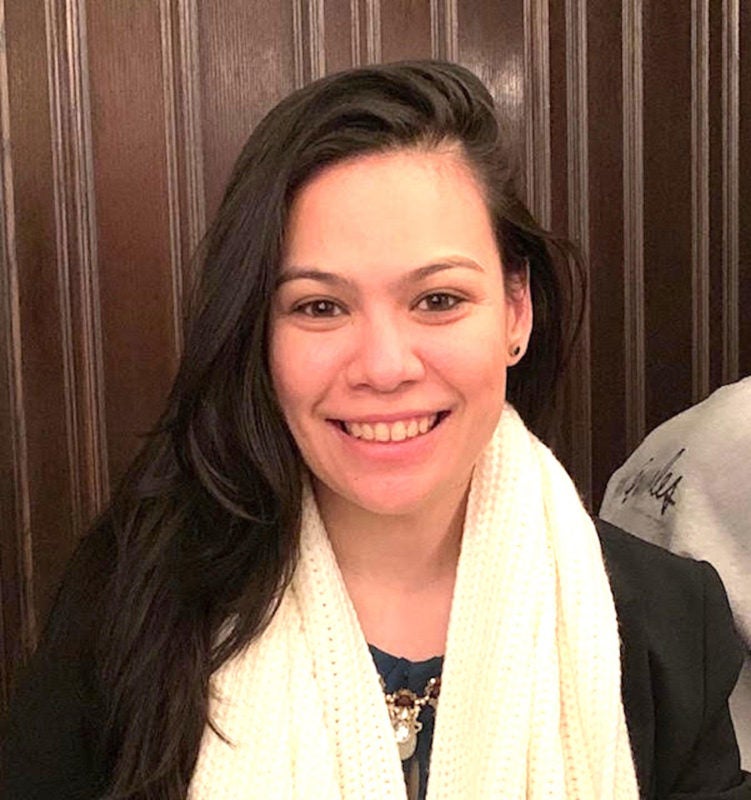 Brooklyn City Council candidate Deirdre Levy: “I am not a career politician, I am a Special Education teacher.” CONTRIBUTED

NEW YORK — When special education teacher Deirdre Levy told her parents over dinner that she was running for a council seat in New York City’s District 35, they eagerly gave their blessings. Her Filipina mother’s backing came with an affectionate reminder to not forget to pray.

“My mom always tells me to pray,” said Deirdre in an interview with The FilAm.  “Whenever I’m feeling discouraged or if I have something to be grateful for, I should always pray.”

Her parents, father Steven Levy, Esq. and mother Thelma Samson Levy, a retired nurse, from San Carlos, Pangasinan, have always been supportive of whatever decisions she embarks on. They are aware that politics is a long-held dream of their only child and this election is a fulfillment of that dream.

Deirdre, 31, is running in the April 28 special election for the position of council member for District 35 or Central Brooklyn, an area that encompasses parts of DUMBO, Fort Greene, Clinton Hill, Crown Heights, Bed-Stuy.  She wants to be the candidate that represents the “change and open-mindedness that New York is looking for.” 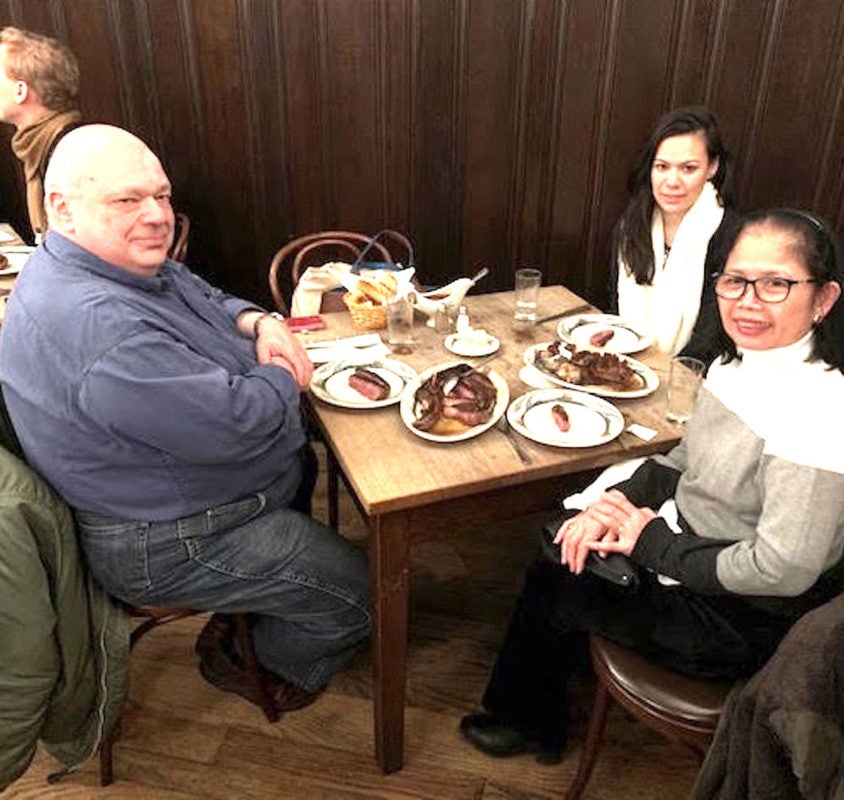 Dinner with dad Steven Levy, Esq.  and mom Thelma Samson Levy: “They always tell me to work hard and to expect nothing from anyone.” CONTRIBUTED

As to be expected, education is the pinnacle of her campaign.

“Rarely is there a candidate for city council that has teaching experience,” said Deirdre, who teaches children with autism and severe disabilities at PS 9. “I know what happens at schools, particularly for our most vulnerable populations. I want to ensure that all students have access to quality education and that schools and students have equitable outcomes.”

She broke down her platform into three segments:  1) equity in education, 2) affordability in NYC, and 3) food and nutrition.

“These platforms are directly correlated with the United Nations Sustainable Development goals,” she said. “In order to be successful in life, we need to educate people, have adequate shelter and nutritious food. If given this opportunity to serve Brooklyn, I will do the best that I can to ensure that all New Yorkers will have their needs met.

The district’s population is portrait of diversity, comprising Orthodox Jews, Russians, African Americans, Asians, and Latinos. “It’s a mix of people of different ethnic backgrounds, people who have been in the neighborhood for over 30 years and others that have been there for five years or less,” she said.

A few thousand Filipinos live in Brooklyn, a borough with a population estimated at 2.6 million. Deirdre, who considers herself a “multiracial candidate,” is counting on the votes of more than just her mother’s compatriots

As a young girl, Deirdre recalled “feeling isolated” attending elementary school in Queens where she grew up.

“I felt isolated because nobody I knew had the same multiracial identity. In elementary school, I was the lightest skinned person and was often called, ‘pale girl,’” she shared. The school had mostly Latino and Filipino students.

In high school, she felt as though she was in the minority because she identified closely with her Filipino roots. She had an extraordinarily tight relationship with her grandmother who is now 97 years old and lives in California. “I call her Nanay and I try to visit her whenever I have time off from work.

She longed for a Jewish cultural connection, a part of her identity that remained unexplored growing up. Her father, a civil court lawyer, is Jewish. His parents came through Ellis Island from Poland and Israel. He was born in the Bronx and grew up in various parts of Brooklyn. “He was the first in his family to put himself through law school, working during the day and studying at night,” she said. 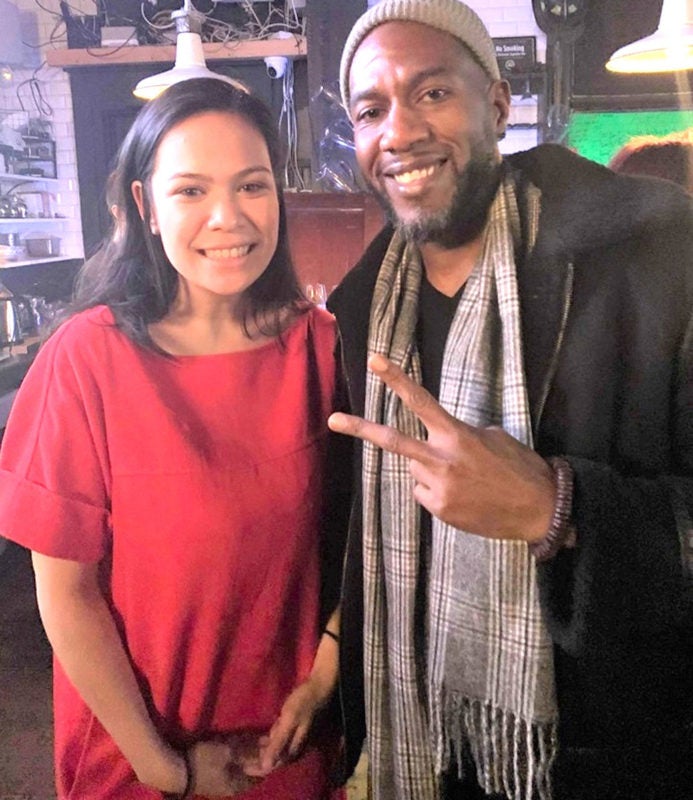 Steven Levy and Thelma Samson met in the 1980s when he was a young attorney at the Manhattan District Attorney’s office and she was a registered nurse at Calvary Hospital in the Bronx. A friend introduced them. The young family lived in Queens where Deirdre attended elementary school (St. Michael’s School) and high school (John Bowne High School). Her parents continue to live in Queens to this day although Deirdre had moved to Brooklyn seven years ago.

Deirdre is able to embrace her multi-racial identity by connecting with as many people as she can.  In college, she became active at La Liga Filipina and worked as a Jewish Life liaison for Hillel, an organization where young students devote their time to study and commit to Jewish life. “I’ve even created cultural programming at the school, like, ‘A Taste of Asian Etiquette’ and ‘Agreeing on Hummus,’” she said proudly.

“New York is a tough city to live in,” stressed Deirdre on why she would be honored to serve as a council member. “I would like the city to be more accessible for New Yorkers and anyone that wants to come here and make a life for themselves.”

She may be representing Brooklyn, she said, but she will be making decisions for all New Yorkers. @The FilAm