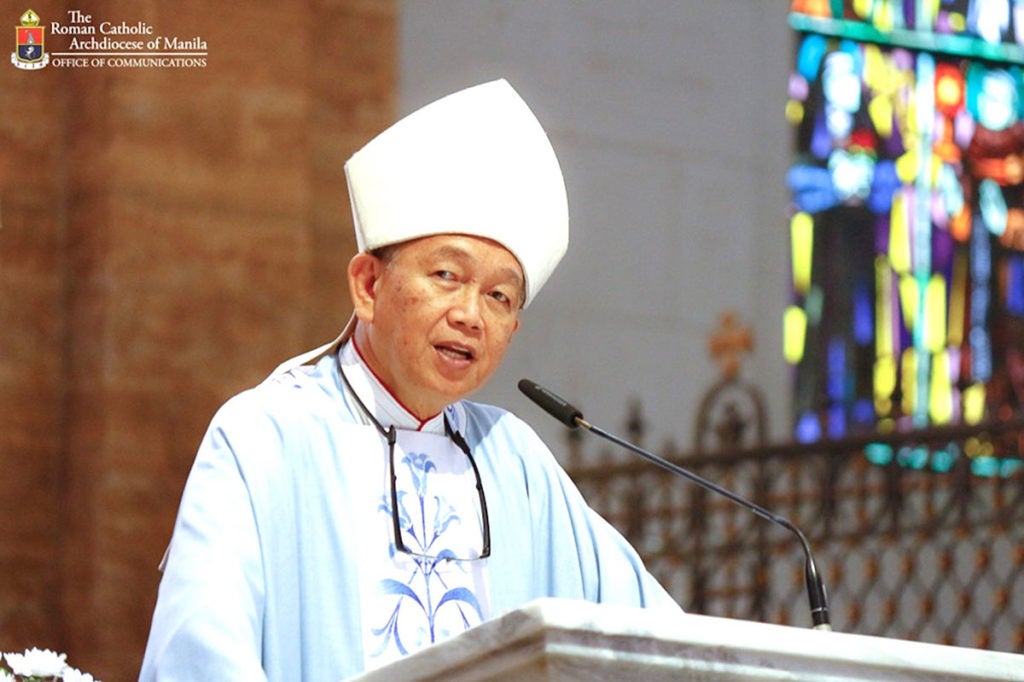 In a case of sede vacante, the Vatican has designated as Manila’s apostolic administrator Bishop Broderick Pabillo, whom the Catholic News Service (February, 10, 2020) described as a “Duterte critic.”

That Bishop Pabillo speaks up when the moral dimension is sidelined or trampled by a presidential pronouncement is correct, but the good bishop is more than that.

I’ve known Bishop Pabillo up close since 1977 in Canlubang, Laguna, when he was a Salesian cleric, who later finished theology at UST, and was ordained by Jaime L. Cardinal Sin in 1982.

After finishing biblical studies, he taught theology and the scriptures at some houses of formation, and every now and then presented scholarly papers at local and international conferences.

In 1999, he requested incardination from Most Rev Pedro D. Arigo, Vicar Apostolic of Palawan, and asked to be assigned to a remote parish. And to Macarascas, a little barrio of Puerto Princesa, Pabillo was sent.

A missionary at heart

Without the usual amenities and steady supply of electricity and running water, Macarascas is a wilderness compared to the urban landscape of Metro Manila or the upscale resorts of El Nido, Dos Palmas, and Amanpulo in the same province.

Macarascas was where Pabillo learned to identify himself with the poor, eating their food, mostly fish and vegetables, residing in a nipa hut, which shook with every wind and got soak with every rain.

There God taught him to share the poor’s insecurities like getting sick or badly hurt, aware that no help would come from any nearby physician. The missionary spirit in Pabillo taught him to ride a motorbike and traverse dangerous curves to visit far-flung chapels and celebrate the Eucharist with isolated communities. And true enough, hitting a dog with his speeding motorbike one day, he crushed down the unpaved road and got a badly wounded knee and a broken finger.

I remember one beautiful verse that I read from the diary Journal of a Soul of St. John XXIII, the great country priest. According to the Good Pope, “a vigilant effort to reduce everything, principles, addresses, positions, business, to the greatest possible simplicity and calmness; with attention always to prune from my vine all that is only useless foliage.”

I can say that Bishop Pabillo has learned to live on “essentiality,” pruned from all useless foliage, intentionally detached from all forms of trappings and frills. Ordinariness, which presumably includes voluntary poverty, means a willing decision “to follow Jesus all the way and not by half measures.”

He who made a choice to embrace voluntary poverty has more trust in God our Father, nabubuhay sa awa ng Diyos. He is more people-oriented rather than money-oriented, allowing the lifestyle of the poor to influence his ministry. When one learns to live on “essentiality and austerity,” cut-free from the tiniest string attachments, Pabillo explained during the 2010 Clergy Congress in Manila, the priest is actually more liberated than liberty itself. Thus, evangelical poverty and freedom are not strange bedfellows.

Pope Gregory XIII made Manila a suffragan diocese of Mexico 1579 with Fray Domingo de Salazar, O.P. as the first bishop. When Manila was made an archdiocese, Salazar, OP, was succeeded by a Franciscan, Fray Ignacio Santibáñez, OFM (1512-1598).

In our time, the Apostolic Succession continued up to Most Rev. Gabriel M. Reyes, the first native Filipino to head the metropolitan archdiocese and, fast forward to His Eminence Antonio Luis Tagle, the 32nd Archbishop of Manila, appointed by Pope Francis as the Prefect of the Congregation for the Evangelization of Peoples.

The temporary apostolic administrator of Manila is ready to go when summoned, to be assigned anywhere, even in the most impoverished suburban parish where the total Sunday collection is 4,750 pesos and 25 centavos, including a half-dozen eggs and green mangoes in a woven basket. At the end of the day, freer than a bird, any detached bishop or priest has nothing but God. Meanwhile, we fervently pray:

Heavenly Father…
Send us a good, holy, learned, and wise man
to become our next archbishop.
Inspire us, the clergy, religious, and laity
to work generously with him
so that we might grow together in your love
and continue the good work you have begun in us… Amen.