‘Parasite,’ anti-speciesism and love at the Oscars

‘Parasite,’ anti-speciesism and love at the Oscars 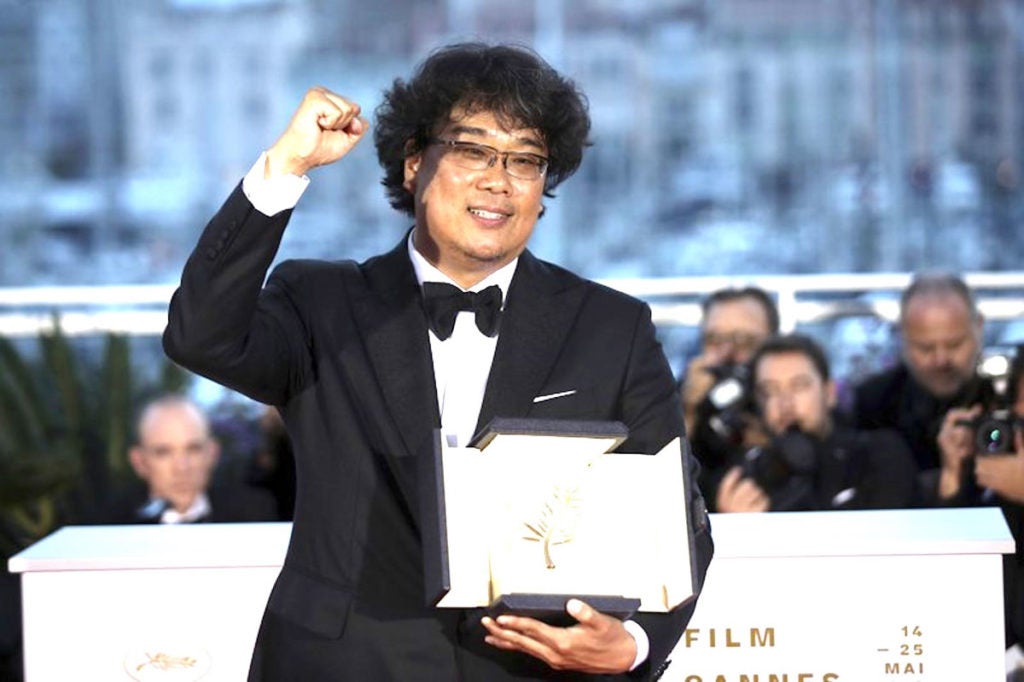 The Filipino movie industry should take a cue from the Koreans. America and the world want our stories. They’re not “foreign” anymore. Not with WiFi and streaming cutting through borders when immigration won’t.

That’s the lesson from the Oscars. Once again, the Oscars had no host. But it sure had a “Parasite.”

The South Korean film was the first-non-English-language movie to win Best Picture. But by also winning the Best International Film honor, it made a mockery of all the divides and categories that keep us separated and apart.

What better inclusionary, pro-diversity message. Excellent is just excellent, right? This is the year that the best film was the best film, universally, no matter what race, ethnicity, or country of origin.

If we’re all in this together, why should there be distinctions, anyway? “Parasite” was that good, and in doing so made history at the Oscars by tearing down a few walls.

So, of course, the film also won two other Oscars for original screenplay and for direction by  auteur Bong Joon Ho, who said upon winning that he would “drink until next morning.”

It wasn’t direction of a foreign film. Or writing of a foreign screenplay. Good is just good in everything. All the time. Or should be. (Unless you want award inflation, like Ivy League grading).

For film, this was more like baseball’s recognition that there was real talent in the Negro Leagues. Maybe “Parasite” will open up everyone’s eyes to stories of both Asians and Asian Americans.

For me, the movie was love at first sight. I have since watched it repeatedly for its look, style and dramatic sense. I was also consciously looking at Asians. They weren’t on the bus, on the street. They were on the screen. The movie’s actors won no Oscars, but they were certainly watchable all the way through (the men and the women). All of them Oscar worthy. It’s one thing to watch a foreign soap on TV. But it’s quite another see a top feature film from Seoul. It didn’t matter whether they were from Korea or Queens.

Nor did their Asian ethnicity matter. I saw me. If we are not immigrants ourselves, we relate to the immigrant way as Asian Americans. When a character in “Parasite” claims to have been a Korean art student who studied  at Illinois State, that’s relatable. We know that person, this story, this family—as both Asian and Asian American.

Not quite with all the dark twists, of course. But that’s where the imagination and vision of the filmmaker comes in to make for a compelling, watchable work of art.

I have seen Asian films at the different Asian film festivals around the country. And film is big business in Asia when you think about the genre films from Hong Kong, Bollywood, Manila or Tokyo.

To see “Parasite” win, was a recognition that global tastes and sensibilities are changing. And it’s not just because of immigration and global travel. It’s that, sure, but it’s also our stories are so darn universal. We know that, but Hollywood too often puts up barriers and categories and other marketing devices. The thinking is the audience wants to see themselves.

That was the beauty of “Parasite.” When you see class dramas in the U.S., race always comes into the equation. Or in Hollywood storytelling, it’s the absence of race.

“Parasite” is a dark comedy because it depicts a universal condition of class struggle. It makes you look beyond the Asian faces and see their living conditions and what they do to survive. In a country where the rich and poor all look alike, there are fine distinctions. For example, the poor in “Parasite” definitely smell worse, as the movie notes wryly.

And yet they live together in a parasitic relationship, until one day, dark secrets surface. Worth seeing. And afterwards, you’ll want some Ram-Don. But without the sirloin.

Move over racism. Speciesism is the bigger, badder, all-encompassing evil that must unite the world against all wrongs—if we’re all to survive intact.

It’s the message of the moment delivered by Joaquin Phoenix, who had just won the Oscar for Best Actor for his role as the villainous Joker. But now he wasn’t joking.

On an Oscarcast that typically reaches  30 million on a bad year,  this was Phoenix speaking not just truth to celebrity, but to the world.

As if with a camera’s zoom lens, he went from an extreme tight shot–the “me” in his victory–to the widest shot possible. We’re all in this together. So be kind. To all. Sentient. Living. Things.

“I think the greatest gift that it’s given me and many of us in this room is the opportunity to use our voice for the voiceless. I’ve been thinking a lot about some of the distressing issues that we are facing collectively and I think at times we feel or are made to feel that we champion different causes. But for me, I see commonality.

“I think that we’ve become very disconnected from the natural world. And many of us, what we’re guilty of is an egocentric world view: The belief that we’re the center of the universe. We go into the natural world and we plunder it for its resources. We feel entitled to artificially inseminate a cow and when she gives birth, we steal her baby, even though her cries of anguish are unmistakable. And then we take her milk that’s intended for her calf and we put it in our coffee and our cereal.

“And I think we fear the idea of personal change, because we think we have to sacrifice something, to give something up. But human beings at our best are so inventive and creative and ingenious. And I think that when we use love and compassion as our guiding principles, we can create, develop and implement systems of change that are beneficial to all sentient beings and to the environment.

“I just – I want to – um – When he was 17, my brother wrote this lyric: He said ‘Run to the rescue with love and peace will follow.’ Thank you.”It was the night’s broader message of unity. The big script in the sky might say, “Enter Lovingly.” Phoenix’s speech complemented the message from the night’s “Parasite.” Or you can say the Joker leached on to it.

Because “Parasite,” the best movie also was about love. One critic I saw said he didn’t get the movie’s twist at the end. Funny coming from a writer in violence ­­­­­­­­­ridden America. But as a Filipino American who has struggled to the middle and who writes under the moniker “Emil Amok,” I understood “Parasite” completely.