‘Perception is real; truth is not’ – perpetuating a fallacy

‘Perception is real; truth is not’ – perpetuating a fallacy 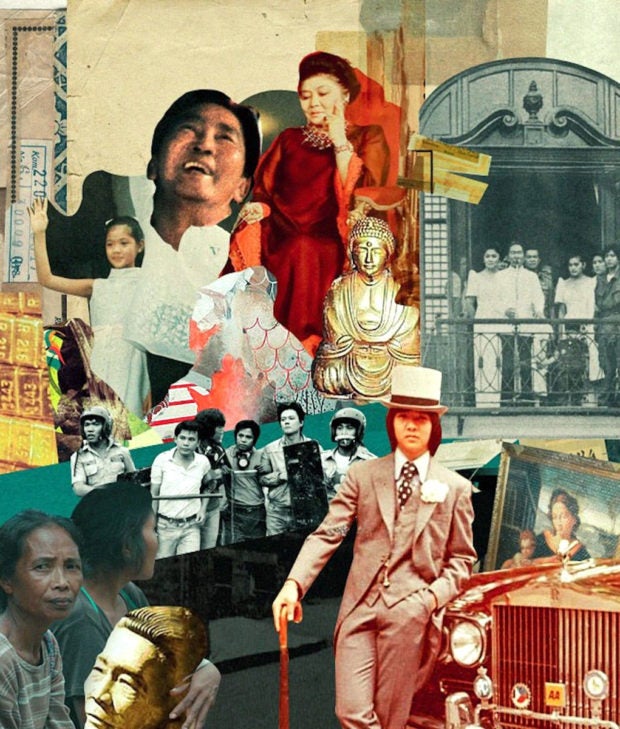 Newsweek  paints a picture of Imelda R. Marcos as one of the “greediest people of all time;” Washington Post describes her as one of the “greatest plunderers in history,” and the Guinness World Records reveals her and her husband as the biggest-ever thieves from a government. Does it hurt?

Pretending not to have bilked the nation out of billions of dollars, always in self-denial, the Iron Butterfly remarked without a quiver, “They went into my closets looking for skeletons, but thank God, ALL THEY FOUND were shoes, (2,700) beautiful shoes.”

Is this kind of statement a subjective reality, a perception that she did not steal anything at all, an illusion that she was completely innocent? Her son, Bongbong, was likewise deceitful when he responded to restitution demands during a televised debate with “I cannot give what I do not have.”

Cambridge English Dictionary defines “perception” as “a belief or opinion, often held by many people and based on HOW THINGS SEEM.” It also defines “reality” as “the way things or situations really are and NOT THE WAY YOU WOULD LIKE THEM TO BE.”

On November 9, 2018, Imelda Marcos, then 89, was convicted of the high crime of funneling $200 million to her Swiss foundations by the Sandiganbayan and was sentenced to 42 years in prison.

Planeloads of strong evidence, her “Michelangelos and Picassos,” her “diamonds hidden inside those diaper boxes,” and a protracted series of formal hearings with eye witnesses,  these and many more incriminating circumstances molded the rock-solid foundation of that criminal conviction beyond reasonable doubt. That’s reality, the objective fact, and nothing but the truth.

Perception is subjective, which means it occurs entirely in the mind of the one who perceives, in which case a series of mental gymnastics of sort (“the way you would like them to be”) can easily turn anything into a make-belief or an illusion. On the contrary, reality is objective, which means it actually exists completely outside of the perceiver’s mind and therefore not subject to any kind of mental manipulations. For that reason, perception and reality are not the same. They are polar opposites and, therefore, to say that “perception is real” is a fallacy.

In 1962, Ferdinand Marcos made a preposterous assertion, that is, he was the “most decorated war hero” who earned almost every medal and decoration of valor, 27 all in all. Jeff Gerth’s investigative report entitled “Marcos’ Wartime Role Discredited in U.S. Files,” published by the New York Times in 1986, says otherwise.

Based on official U.S. files, the report says that what Marcos claimed were “fake and delusional” and that his public assertions were his perception of himself, a hero, and by which he wanted others to perceive him. Precisely, that is how a perception or a “subjective reality” works, according to the Cambridge English Dictionary.

Consider the televised interview on September 20, 2018, with Bongbong Marcos, where the 93-year-old Juan Ponce Enrile narrated the events “the way he would like them,” saying that “during Martial Law, it was only the drug lord Lim Seng who was executed and no one was arrested for criticizing then-President Marcos.” The documented reality is the opposite of what he said: 70,000 people were incarcerated, 34,000 tortured, and more than 3,200 from 1965 to 1981, according to Amnesty International.

So why did Imelda allow self-deception to govern her conduct all her adult life, adorning herself with ruby and diamond studded gold jewelry, and wearing a loud scarf to look like a queen? Why did Imee and Bongbong, the proverbial apples not falling far from tree, live lives of self-deception? Imee lied about her educational attainments, her non-involvement in a well-documented Trajano murder case, about her age, and a long list of etceteras, while her brother Bongbong lied about Oxford University and Wharton School of business.

The answer is perception, perception in its crudest form that aim to project a better self before others. Other people do that. What is scary – and socially and morally unacceptable – is not that they perceive things wrongly but that they intentionally produce subjective realities (“the way they would like them to be”) as factual with the intention to deceive others, to continue to wield more power, and finally to see her son “Bongbong become President of the Philippines.”

When the Marcoses were certain that their ultimate aim was to change the Filipino mindset in accordance with their own perception, they mastered the worst type of the science of manipulative influence. Their mastery of manipulation consisted of setting up an expensive PR department, backed up by a well-oiled army of trolls and humongous fake-news agencies. Henceforth, with one focus aim, their eternal quest to revise history began.

Problem is, so many Filipinos still believe someone who says “Truth is not real.”