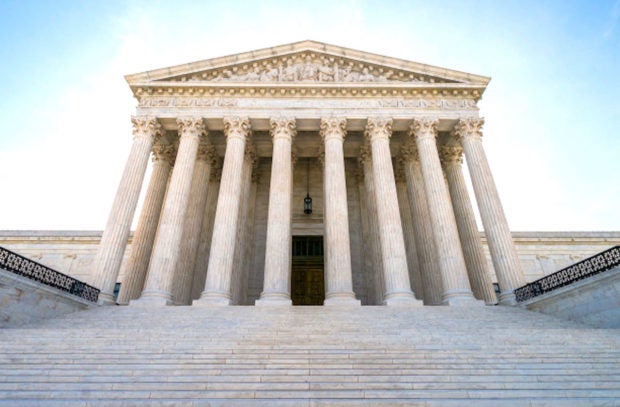 The Supreme Court, via its conservative majority, ruled that the Trump administration can make it harder for public benefits recipients to obtain visas and green cards. AP PHOTO

WASHINGTON, DC — A divided Supreme Court on Monday ruled that the Trump administration can make it harder for public benefits recipients to obtain visas and green cards.

The 5-4 vote overturned a nationwide freeze put in place by lower courts, which blocked enforcement of changes to the “public charge” rule.

The policy expands the number of programs whose recipients could be denied immigration assistance. The rule previously only covered cash benefits but is now expanded to those receiving food stamps, housing vouchers and certain Medicaid benefits.

The justices’ order reversed a ruling from the 2nd US Circuit Court of Appeals in New York that had kept in a place a nationwide hold on the policy following lawsuits that have been filed against it.

Federal appeals courts in San Francisco and Richmond, Va., had previously overturned trial court rulings against the policy. An injunction in Illinois remains in effect, but applies only to that state.

The lawsuits will continue, but immigrants applying for permanent residency must now show they wouldn’t be public charges, or burdens to the country.

In a separate opinion, Justice Neil Gorsuch urged his colleagues to confront the “real problem” of so-called nationwide injunctions, orders issued by a single judge that apply everywhere. In this case, even though the administration won rulings in two different appellate courts covering 14 states, its policy could not take effect.

“What in this gamesmanship and chaos can we be proud of?” Gorsuch wrote in an opinion joined by Justice Clarence Thomas.