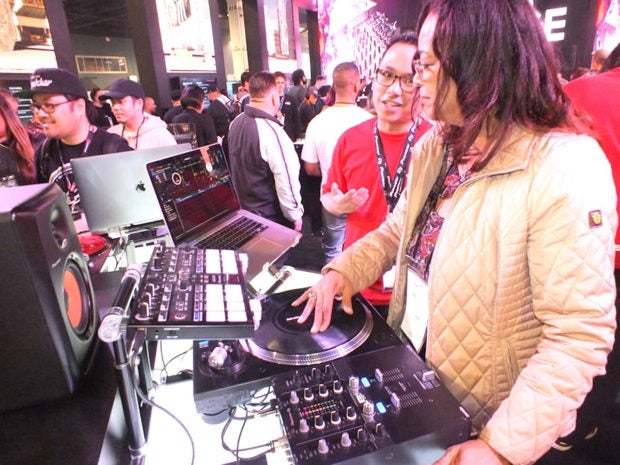 Young Pinay DJs perform what they learned from the United DJ Mixing School at the World Famous Beat Junkies Booth at NAMM. Among the faculty are well-known Fil-Ams DJ Icy Ice and DJ Q-Bert. INQUIRER/Florante Ibanez

At the Pioneer turntable/DJ booth area, “PJ” Prianjoni Villaflor, who describes himself as a music artist and full-time YouTuber, taught newbies the art of turntable scratching, which requires both patience and coordination.

PJ has worked for Pioneer for a couple of years, this being his 2nd NAMM Show. His father was a musician. PJ started off playing guitar and piano before turning to DJ-ing and music production in his late teens.

He also was the first person in the world to win the Red Bull Freestyle, and was able to go to Berlin to make music at the Red Bull studios there in July 2019. PJ lives in Detroit. but is originally from Des Moines, Iowa. He was able to quickly teach his “friend and drummer from Detroit, Jeannine Gardner-Washington, the basics of DJ “scratching.” 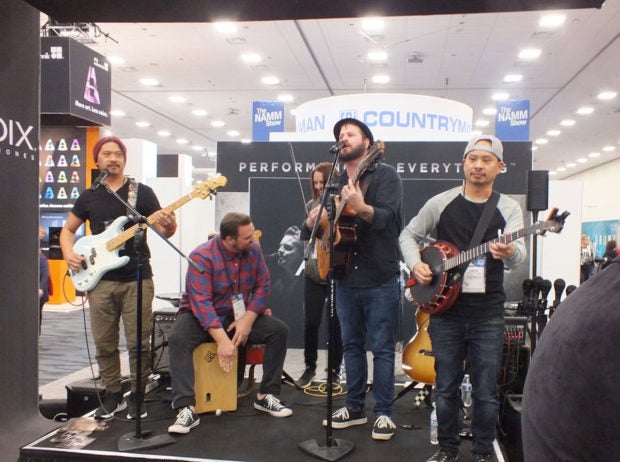 Across the way at the World Famous Beat Junkies Booth, well known Fil-Am DJ and radio personality  Icy Ice observed the latest crop of young Pinay DJ artists learning the art at the United DJ Mixing School, where Ice serves as one of the faculty. Ice has served as a role model for many upcoming Fil-Am DJs.

At the AUDIX Corp. booth, playing in the band Quel Bordel! were Pinoy brothers Allen and Aaron Dela Rosa from San Diego. Both had to switch from playing guitar for years to banjo and bass guitar when they formed the band.

Fil-Am Mike Inez, now with Alice in Chains and former bass player for Heart and Ozzie Osborn was interviewed in a Q & A session at his sponsor Fishman booth on Friday. 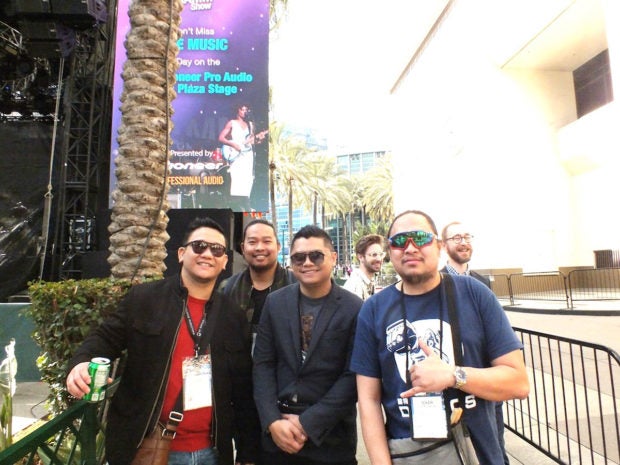 Jamming outside the convention hall in the warm sun with instruments from Kala Brand Music Co. were Fil-Ams Lenny San Jose aka “ukulenny,” who is an education specialist with Kala and in charge of the on-line Kala ukulele lessons.

Alongside with ukulenny were Lawson Navarro, who recently produced his CD “Jazz by the Bay,” and multitalented musician and former music director- drummer for Philippine-born jazz vocalist Charmaine Clamor.

Returning to NAMM again was creative luthier-owner of Elgee Custom Guitars, from the Philippines, Jon G. Dela Cruz who created another stir among bass players with his beautifully hand-made custom bass guitars of exotic Philippine woods.