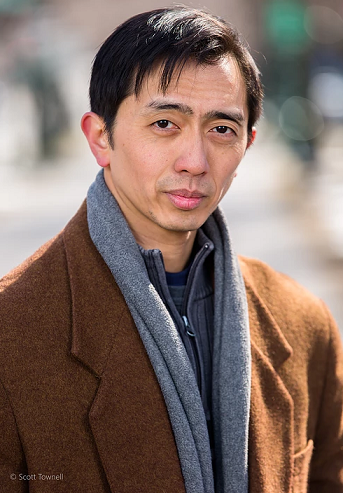 NEW YORK — It’s hard to pinpoint exactly where Vincent Veloso is now in his career path because he seems to have accomplished a lot of things. This artist with labyrinthine talents in music, music education, martial arts, ballroom dancing, filmmaking and writing said he is currently focused on producing his video series for Amazon Prime.

The horror series “Changelings,” which he wrote, produced and directed, was released in 2014. Vincent described “Changelings” as a “supernatural detective series,” and takes pride in its multi-ethnic cast.

“Changelings” is a series of science fiction, fantasy and horror stories about the dark side of social media. It follows two NYPD special spectral division officers who are on a dangerous search for a deadly secret and confront a unique cast of antiheroes including the Filipino folk vampire, the “aswang.”

“We’ve been fortunate in both the making of the series and then with assistance from Amazon’s processes and standards of releasing material through Amazon Prime Direct,” he told The FilAm in an email interview.

Seasons 1 and 2 are now available on Amazon Prime, which is the subscription platform of Amazon, possibly the world’s largest e-commerce site. Prime members pay a yearly fee of $99 or $10.99 a month if one is on a month-to-month subscription plan.

In Season 2, the “Aswang” episode stars Catherine Curtin (“Orange Is the New Black”), Eric Roberts (“The Dark Knight”), Playboy playmate Stormi Maya and Vincent himself who had acting parts in “Daredevil” and “Doomsday.”

Originally from New Jersey, Vincent was interested in music and acting at a young age, eventually attending the NYU jazz studies program. He studied music with jazz instrumentalists Ted Nash and Ralph Lalama, among many others. He was a professor at the Academy of Music of Ramapo College from 1999 to 2006 where he taught wind instruments and music theory. He is currently assistant director for the New York Crimson Kings Drum, Fife & Bugle Corps, comprising high school students from Chinatown.

He learned acting from stage and film actor Ronald Rand and acting coach Wendy McKenzie. After appearing in several short films in the late ‘90s, Vincent began a more serious acting career in 2009 after a friend invited him to play bass on a commercial audition. Vincent has since made several TV and film appearances, and has directed films like “Watson” (2014) and the new series “Changelings.” 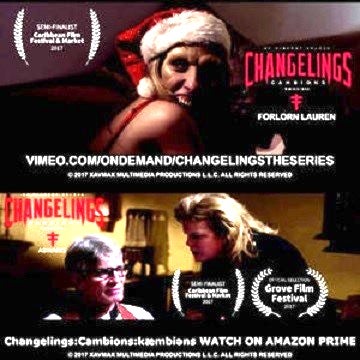 “Changeling” posterHe is also a trained martial artist specializing in judo and aikido.

“(Being a) musician opened doors for me to films and TV,” he said. “As an actor, one of the best ways to ensure yourself a good part and make opportunities against being typecast (and against stereotypes) is by writing yourself a part and making your own work, so I got into writing. I like writing parts that allow for multicultural opportunities and whose themes are not necessarily dependent on a particular background or culture but deal with all areas of the human condition.”

As a director and producer, his philosophy is “Surround yourself with people from every background who are better than you are and the best at what they do in their respective fields and work together to create.”

In “Changelings,” he is involved in every phase of the film process — from creation all the way to promotion, including obtaining locations and feeding cast and crew in between.

“All have their unique challenges and situations to work through,” said Vincent. “But as long as you keep your vision on the end result that is good for everyone, you’ll figure out ways to surmount challenges in a beneficial manner.”