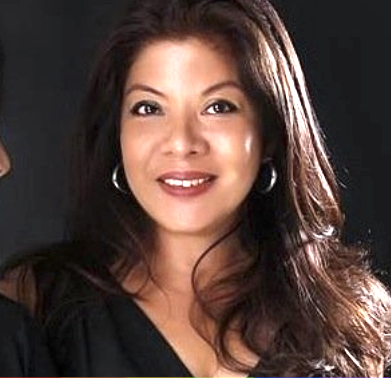 From her public statements, it would seem that Assistant Social Welfare Secretary Lorraine Badoy is a staunch and outspoken defender of President Duterte.

But is she really a hardcore Duterte supporter? I’m starting to have doubts.

Take Badoy’s recent social media assault on Vice President Leni Robredo in which she called her “basurera” after the vice president recalled helping her daughter Aika retrieve secondhand items for her apartment at Harvard University.

As many Filipinos who lived or studied in the U.S. have shared, it’s common practice for undergraduate or graduate students to pick discarded furniture and appliances for dorm rooms and flats. In other words, what Robredo disclosed wasn’t a big deal.

In fact, attacking her for teaching her daughter the importance of frugality and simple living was bound to backfire — as it eventually did. It contradicts the image Duterte supporters have been trying so hard to paint, that Robredo is a power-hungry and corrupt vice president with expensive tastes.

Still, Badoy took the lead in one of the most nonsensical and bizarre social media assaults against Robredo.

“When I attend international conferences, I am at my best,” she wrote in her blog. “Feeling ko nasa Ms. Universe pageant ako. Someone ought to sit this woman down and give her some clue. So give that basurera act a rest, Leni. It sickens.”

You can imagine the confusion this line of attack created among Duterte’s hardline supporters.

“Teka muna, di ba pinapalabas nating maluho at corrupt din itong si Robredo? Aren’t we supposed to portray her as a hypocrite who loves luxury and is just hungry for power? So why are we attacking her for teaching her daughter to be frugal?”

And so they did, parroting the Badoy line: “Leni basurera! Ay, Leni ang cheap mo talaga!”

But Badoy’s “basurera” offensive was so over-the-top, it appeared to be aimed at discrediting and weakening the vile social media campaign against Robredo.

It is also puzzling because of who is leading that offensive.

When she was appointed to a government post, the Duterte administration highlighted Badoy’s credentials as a medical doctor who took part in relief efforts to help Yolanda-affected families and a human rights advocate. Badoy even describes herself as a feminist — and occasionally, this actually comes across.

Consider her response to last year’s controversy over Duterte’s 1989 joke when he said he wished he had been able to join rioting prisoners in raping an Australian hostage.

Badoy was among those who defended Duterte. But she also wrote this in a Facebook post: “Out of the 10 closest girlfriends I have, 9 of us have, at some point in our lives, been sexually assaulted. Some of us, repeatedly. By priests, uncles, stepbrothers, cousins, teachers, ‘friends,’ total strangers.

“This is what it’s like to be girl/woman in this world. And it’s what’s made me feminist even as a young girl: when I finally figured the whole thing out: this rape culture that the patriarchy enables and that we all enable when we look away. …So perish the thought that I will ever side with Digong Duterte here. The indefensible cannot be defended. Full stop.”

Badoy’s tirade was certainly consistent with Duterte’s anti-West rhetoric. But it was also a baffling display of mean-spiritedness that seemed unnecessary and counterproductive even from the Duterte administration’s point-of-view. 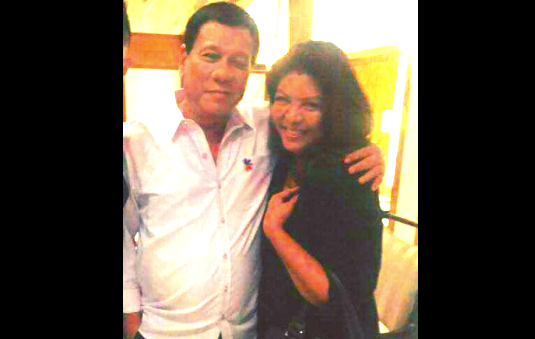 Badoy could have picked other ways to hit back at and even insult the EU: “Why should we listen to these white people whose ancestors enslaved millions in countries like the Philippines?”

Or, if she was looking to impress the hardcore DDS, she could have played into the typical stereotype of Europeans in the eyes of Filipinos: “Itong mga hindi naliligong puti, puro kagaguhan ang pinagsasabi.”

Why make a statement so brazenly insensitive against an organization known for combating all forms of exploitation of children, including child pornographty? Could it be to help enhance a picture of the Duterte government as a crass, clueless and spiteful administration?

Even Badoy’s blog’s title sounds like it was meant as a joke: “Digongmylabs: My Rodrigo Duterte Journal.”

Sure, a blog called “Digongmylabs” would endear Badoy to the most hardline Duterte fans and to Duterte himself. But “Digongmylabs” could also prompt an exchange like this:

In a moving Facebook post, her sister Gang Badoy, also offered a different picture of the assistant secretary whom she described as a caring and compassionate person, not the annoying and arrogant bully portrayed by many in social media.

“Gusto ko lang i-share na never, not once niya akong binully,” Gang Badoy wrote. “I wonder what the Vice President did or is to her to merit her constant disdain? Mere politics? It can’t be personal, I don’t think they ever met. Except when she campaigned/endorsed for Leni with a formal portrait under ‘Women for Leni.’ I am not even part of this Women for Leni campaign. I don’t even have that formal portrait thing going, hindi ako kasama doon, siya oo. Ang strange.”

A feminist would not tolerate jokes about rape. A human rights advocate will not stay silent in the face of the slaughter of thousands of poor Filipinos executed without due process.

Unless … unless she understands that there’s more than one way to oppose and defeat a fascist regime, and that rejecting the jokes and condemning the killings, which is what others have been doing, aren’t the only tactics to be employed in a very important and very complex struggle.

The stories of courageous women who secretly aided the resistance against invaders and the dictatorship of Ferdinand Marcos underscore the importance another kind of bravery.

We should all reflect on their stories the next time Badoy unleashes another tirade in defense of Duterte. And perhaps, we should even consider thanking her for her courage and sacrifice for the nation.