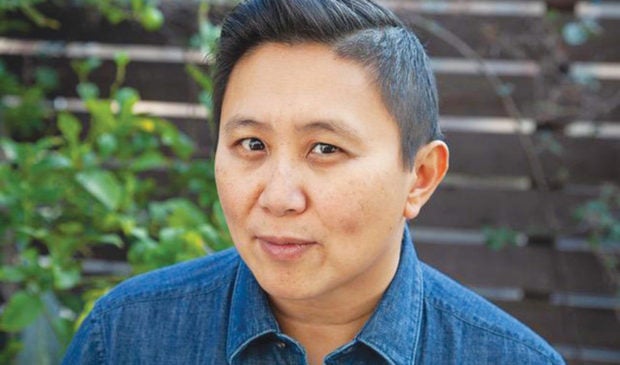 Filipina American Karen Tongson on January 7 became the first woman of color to be promoted as a full professor in the University of Southern California’s English department. CONTRIBUTED

LOS ANGELES — A Filipina American this week became the first woman of color to be promoted to the rank of full professor within the University of Southern California’s English department.

Karen Tongson, who was been at the university’s Dornsife College of Letters, Arts and Sciences since 2005, announced the news on her Twitter account on Tuesday, January 7.

“As of today, I am the first woman of color to have ever been promoted to the rank of full professor in the USC English dept. I promise I will not be the last,” she wrote. “Thanks to everyone who wrote for me, mentored me, drank w/ me. It took not only a village, but a world to make it happen.”

The promotion process weighs the contributions the candidate has made in the field of study and that he or she should be considered an expert in the field at a national and international level, according to USC’s website. “Evidence of excellence in teaching and mentoring is expected,” it added.

In an email to the Asian Journal, Tongson said it was a “profound honor” to represent the Fil-Am community at USC and through her work.

“When I’d heard from a senior colleague that I would be the first woman of color promoted to full in our department, I was shocked. Then I paused to reflect a little longer and realized that my situation is not in the slightest bit exceptional, but par for the course in U.S. academia,” she said.

“Because of the fundamental lack of diversity on a majority of U.S. college campuses in general, students of color, and female students of color, look to us for mentorship and support more frequently and more intensely,” Tongson said, adding that faculty of color carry a greater obligation because of this.

The English professor intends to use her new rank to continue mentoring students and scholars of color at USC and at different institutions.

“I will make sure to fight for the resource and research support they deserve to help them make progress to tenure, as well as to full,” Tongson vowed. “And I will be a powerful advocate for their work, and contributions to departmental and university leadership.”

Though culturally Filipino families tend to push medical, finance or engineering fields, Tongson said that Fil-Am students who want to study the liberal arts should go ahead and do it if they’re passionate about it. “Learn as much as you can about the system and how the process works before committing yourself to this life,” she advised. “Like those other fields favored by your parents, this world has its own rules, and the more you understand them and are prepared to navigate them, the better chances you’ll have at achieving your goals.”

She will still teach the same courses in English, gender studies and American studies both at the undergraduate and graduate level, including a food politics and culture seminar that allows students to travel around different communities in California and Las Vegas.

As an educator, Tongson comes into her courses with a sense of humor and trust and allows students to have some freedom to be “expressive and creative, with a mix of assignments that aren’t simply formal, but that also tap into the range of their skill sets,” she said.

Tongson published her second book, “Why Karen Carpenter Matters,” in 2019 about her connection to the late singer and growing up in the musical Katindig family of the Philippines. That same year, she won the Lambda Literary Jeanne Córdova Award for lesbian/queer nonfiction. She is also the author of “Relocations: Queer Suburban Imaginaries” (2011) and co-editor of the award-winning book series, “Postmillennial Pop (with Henry Jenkins)” at NYU Press.

In addition to her new rank, she is working on two books “one on karaoke, queer cultures, and aesthetics, and another on television and its ‘spectacles of normalcy,’” she said. She also plans to launch the second season of “Waiting to X-Hale,” a Gen-X themed pop culture podcast she co-produces and co-hosts with Wynter Mitchell-Rohrbaugh.