Give De Lima a swift, credible trial or release her – US Sen. Durbin

Give De Lima a swift, credible trial or release her – US Sen. Durbin 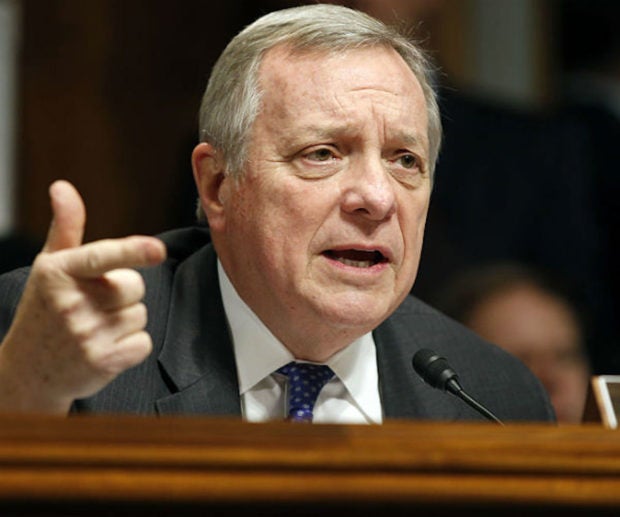 In a privileged speech on the Senate floor, Sen. Durbin also called on Pres. Duterte to stop threatening the travel of Filipino Americans and others traveling between the US and the Philippines.

Last month, Durbin, along with Senators Patrick Leahy (D, Vermont and Ed Markey (D, Massachusetts) were barred from travel to the Philippines by Pres. Duterte in response to an amendment in the State and Foreign Operations funding bill that denies US visas for those involved in Sen. de Lima’s incarceration.

“There’s an easy and honorable way forward,” he said. He noted that Sen. De Lima has already spent a thousand days in jail without clear prospects of movement in trial.

“The Duterte regime should stop threatening the travel of Americans and so many others who travel between our nations and instead ensure a quick and credible trial for Senator de Lima,” Sen. Durbin said.

“In the end, these will be important tests of whether cherished democratic norms we share with our longstanding Filipino allies will be respected by President Duterte.”