Missionary work brought this Fil-Am back to PH

Missionary work brought this Fil-Am back to PH The airplane landed at the Ninoy Aquino International Airport in June 1989. Aboard were a young couple, Al Tizon and his American wife Janice, and their two young kids, Candace and Christian.

While in the taxi, Al felt he had been there before. The smell, the sound, the humidity were all familiar. Maybe it was because of the fading photographs his mother displayed on the bureau.

“It was a ‘déjà vu,’ moments of which I had many, when suddenly I would feel like I had been at a certain place before. Very strange!” recalls Al, 55, an author, professor, activist and a Christian missionary.

The Al and Janice were missionaries of Action International Ministries. For the next ten years, they worked in different depressed communities and established church-based community development ministries in Quezon City, Zambales and Olongapo City. Their two other kids, Corazon and Zoey, were born in the Philippines.

Son of a diplomat

The Tizon family immigrated to the United States in 1964 when Al was two years old. Al’s father worked for the Philippine government and became a diplomat to the United States. One of the benefits of the position was being able to bring family members to the States.

As a commercial attaché, Al’s father saw to it that the VIPs from the Philippines who were visiting were taken care of. The family also moved every two to three years from different consulates across America. 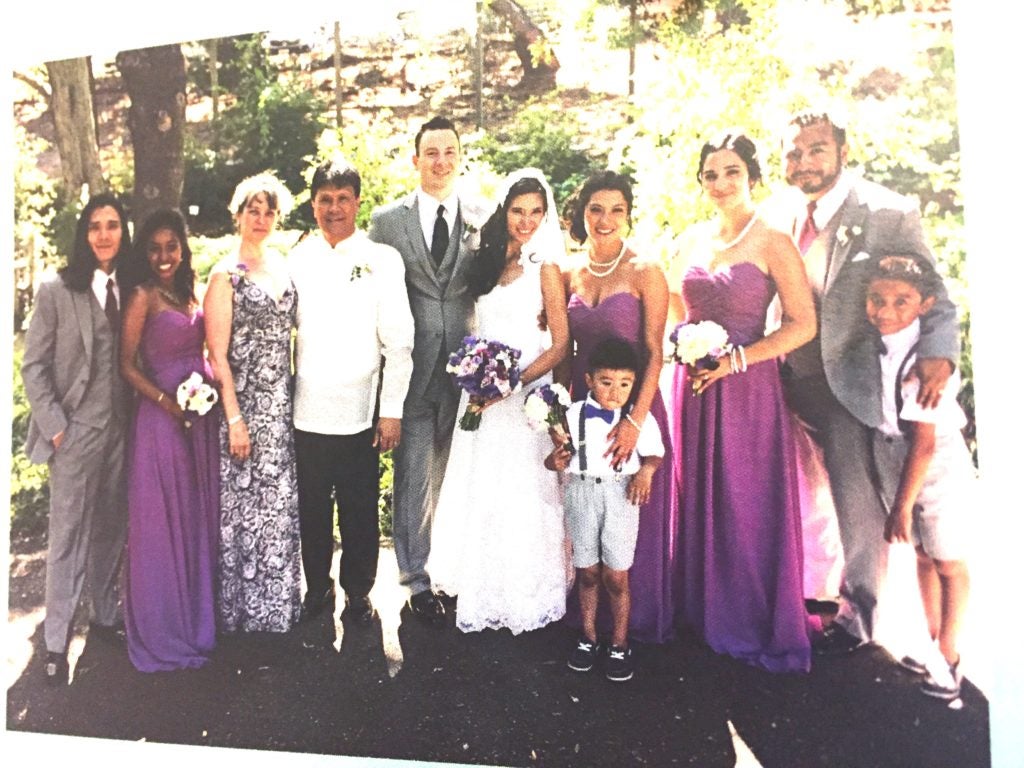 “Before I graduated from elementary school, we had lived in Los Angeles, Seattle, Honolulu and New York City,” Al says.

Growing up in the late ‘60s proved to be a daunting period for an immigrant like Al. The Tizon siblings were exposed to the “tumultuous 70s” where women, African Americans, gays and lesbians fought for equality. This was also a time of protest against the US aggression in Southeast Asia, particularly the Vietnam War.

Every day was a struggle for a Filipino household. It was living in different worlds where cultures collided outside. The children were sent out to negotiate and balance these influences to be able to define themselves as Filipino Americans.

Early in life Al realized that America is not the land of opportunities and equality, at least not for everyone equally. Like most immigrants, the need to work “doubly and triply” hard to succeed was instilled in them. If an Anglo-American worked for an hour, a colored immigrant must put in two.

“Dominant North American culture would often make us feel like our culture was strange and inferior—eating with a spoon and fork or sometimes with our hands, parents with accents, the smell of fried fish, bagoong, rooms filled with Filipino-style furniture, etc,” Al explains.

Al’s parents and their Lola spoke Tagalog and Ilocano among themselves, but not to the kids. Al believes that his parents were committed to Americanizing them. Although he developed an ear for Tagalog, he could not speak it. Thus, when he went to the Philippines in 1989, he formally studied Tagalog for a year.

When Al studied the checkered history of Filipinos and Americans, he went through an intense period of anger, realizing that part of the story of America becoming “a land of opportunity” was its taking advantage of others, including Filipinos.” 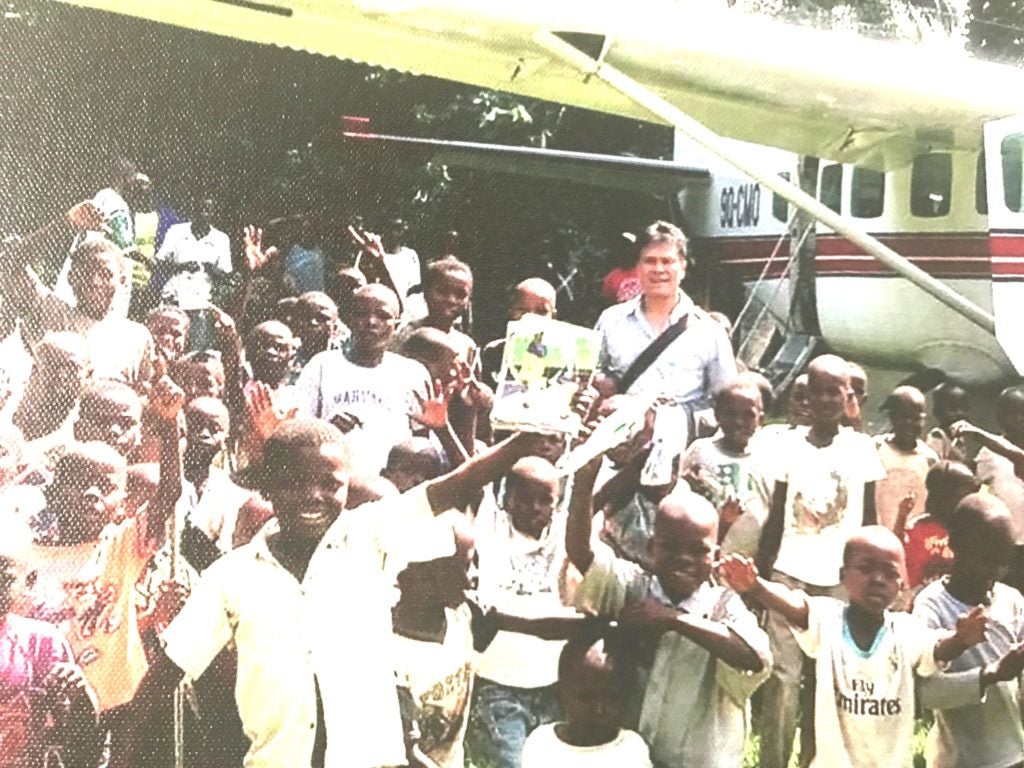 Al on missionary work with the children, also in Africa. CONTRIBUTED

It was also during the difficult years that Al decided to change path, from the usual route of Filipinos who wanted to carve a niche in America. He decided to study theology and become a missionary.

“Coming to know God’s forgiveness and love at the age of 17 was a life-changing experience, saving me from a life of despair and self-destruction. Based on my own profound experience, I wanted others to experience God’s mercy and love too,” shares Al.

Al has a BA in Religious Studies (1984) and Master’s in Church Leadership Studies in (1987) from Vanguard University of Southern California. In 2005 he received his PhD in missiology—the study of the church across cultures—from the Graduate Theological Union in Berkeley. He became an associate professor of holistic ministry at Palmer Theological Seminary of Eastern University and president of Evangelicals for Social Action in Wynnewood, Pennsylvania.

While enrolled in a course called “Current Issues in Missiology: Latin American Practicum,” Al was exposed to poverty, oppression and political volatility, so that he and Janice decided to commit to mission work. They had intended to do this in Central America; but during the four- year-preparation, they decided to go to the Philippines instead. They spent almost 10 years engaging in community development, advocacy and urban ministry there.

Since then, Al has assumed several positions in the United States as pastor, professor and activist. Currently, he is the executive minister of Serve Globally, the international ministries of the Evangelical Covenant Church. He travels to many different countries around the world to lend guidance and support to all that the ECC does around the world.

Yet, his status does not spare him from the stereotyping of Asians as nerds, who speak pidgin English and do karate. In an essay entitled “I am an Asian, Hear Me Roar” Al wrote his experience as a professor. On the first day of one of the courses he taught, a student asked whether he was the professor.

“I don’t embody the look of leadership—large physical presence (read: tall), white, gray-haired, and whatever else.”

Even today, Al is often described as a “young, up-and-coming, and aspiring minister and/or scholar” despite being a grandfather.

Al owes his successful stay in the Philippines to embracing both the positives and negatives of Filipino culture. But the positives most likely stand out. Al mentions the strong sense of extended family, kindness to others, hospitality, the ability to adjust and the ability to forgive.

Al advises Filipino American families to be proud of their mixed cultures. He encourages visiting the Philippines regularly and speaking to the kids in Tagalog or the native languages of their provinces.

Whenever there is a birthday party ,the Tizons sing “Maligayang Bati.” Yes, Al still eats rice with a spoon.