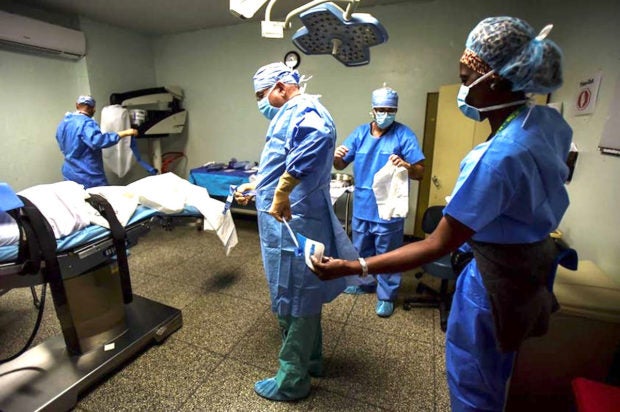 HONOLULU — Hawaii is experiencing an ongoing physician shortage as the number of doctors leaving the state increases, according to a report submitted to the state Legislature.

The report by the Hawaii Physician Workforce Assessment Project found more than 150 doctors left the state in 2019, The Honolulu Star-Advertiser reported Wednesday.

Another 91 physicians retired while 123 decreased their work hours, with the highest shortages happening in primary care, the report said.

The decrease represents about 8% of Hawaii’s physician workforce.

Hawaii needs to add as many as 820 doctors to a pool of 3,484 physicians actively providing care to satisfy the need for services, the report said.

The physician population in Hawaii is aging. Not enough new doctors are being recruited, with about half of active physicians aged at least 55 while nearly 1 in 4 are age 65 or older, the report said.

The shortages mean people throughout the state are waiting longer for health care and at times facing life-threatening consequences, said Dr. Kelley Withy, lead investigator for the report.

Doctors leave Hawaii for a variety of reasons, including the high cost of living and lower average pay, limited job prospects for spouses and dissatisfaction with the medical community, Withy said.

The University of Hawaii John A. Burns School of Medicine would need to double or triple its class size and residencies to train enough doctors to make up the shortfall, Withy said.

“The dean is trying to do that by expanding training on neighbor islands which is really exciting, but it is expensive and labor intensive,” Withy wrote in an email.

Positive developments in the report included the easing of Hawaii’s shortage of cardiologists through a fellowship at the medical school to train heart specialists.

The Hawaii Island Family Medicine Residency program has added to the pool of doctors specializing in family medicine, the report said.