BREAKING: A woman gives birth to the Son of God (Part II) 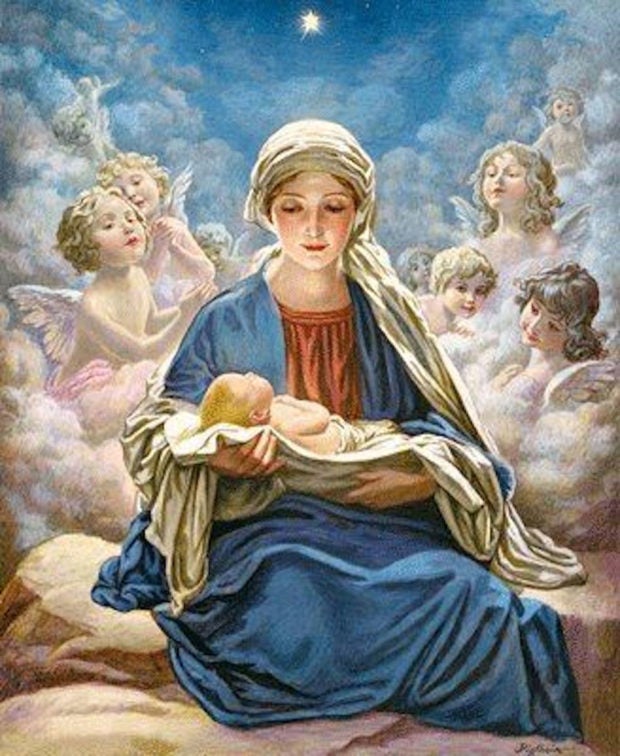 When YHWH God finally decided that the Second Person of the Blessed Trinity would assume the human nature (the Incarnation) to save humankind, He chose Mary, 16, a maiden from Nazareth, daughter of Joachim and Anne, as the best person for the most unique role of the Mother of God. As St. Paul captures in one line: “When the fullness of time came, God sent His Son, born of a woman, born a subject of the Law…” (Galatians 4:4).

I begin to suspect, if I may, that the Law mentioned by St. Paul refers not only to the Jewish Law but also to the law of nature, particularly the natural law of human pregnancy and birth. It includes Mary’s uterus, the placenta shared by both mother and Child, and the umbilical cord of the prenatal Jesus. The Second Person of the Blessed Trinity who can scan the heights of the heavens and the width of the universe obeyed the biological process and stayed in Mary’s womb for nine solid months – from March 25 to December 25.

Let’s focus at the placenta for a moment, and discuss three motives that make it so remarkable.

First, YHWH God, the Creator of the universe, so designs that the placenta is the only organ in human biology that is made by two persons, together, in a remarkable cooperation at the stem-cellular level.

Second, as a vital feto-maternal organ, the placenta is partly of the mother and partly of the growing baby. The placenta, according to the “Human Placenta Project” (HPP) of the US-based National Institutes of Health, “influences not just the health of a woman and her fetus during pregnancy, but also the lifelong health of both mother and child.”

When the advances in prenatal imaging and the field of immunology is applied to Mary’s pregnancy, Christians all over the world now pay attention to how Mary’s maternal organs through which she and her prenatal Child interfaced in the most astonishing sync of integration known as feto-maternal microchimerism. It is most astonishing in five ways.

First, Dr. Kristin Marguerite Collier, Assistant Professor of Internal Medicine at the University of Michigan Medical School, said that Jesus Christ (True God) redeemed every stage and aspect of human pregnancy and birth, a natural process through which He has developed as a human person (True Man).

Third, in feto-maternal microchimerism, we can infer that some of Jesus’ cells transferred across the placenta into the Blessed Mother.

Fourth, I should mention the deduction made by the Redemptorist Founder and Saint Alphonsus de Liguori, CSsR (1696–1787): Caro Jesu caro Mariae est. It means “the flesh of Jesus is the flesh of Mary” one hundred percent because Jesus was conceived by the Holy Spirit in the uterus of the Virgin who “knew no man.”

Finally, even after His Virgin Birth, when Jesus physically left His Mother’s womb, part of Him remained in her and remains in her forever. It means that, after birth (a very Merry Christmas to all!), Mary kept a pregnancy souvenir, just like all mothers, consisting of stem cells that are not her own. Hence, like Jesus, YHWH God didn’t allow Mary’s body to suffer corruption of the body but both her body and soul were assumed into heaven at the end of her earthly life.

Why do I love thee, Mary, the Mother of my Lord? Let me count the ways. On the first day of the New Year, I salute thee in the words of the Archangel Gabriel: “Hail Mary, full of grace, the Lord is with you. Blessed are you among women and blessed is the fruit of your womb, Jesus.” We declare our belief in her divine maternity as we say “Holy Mary, Mother of God…” (Luke 1:26-38).