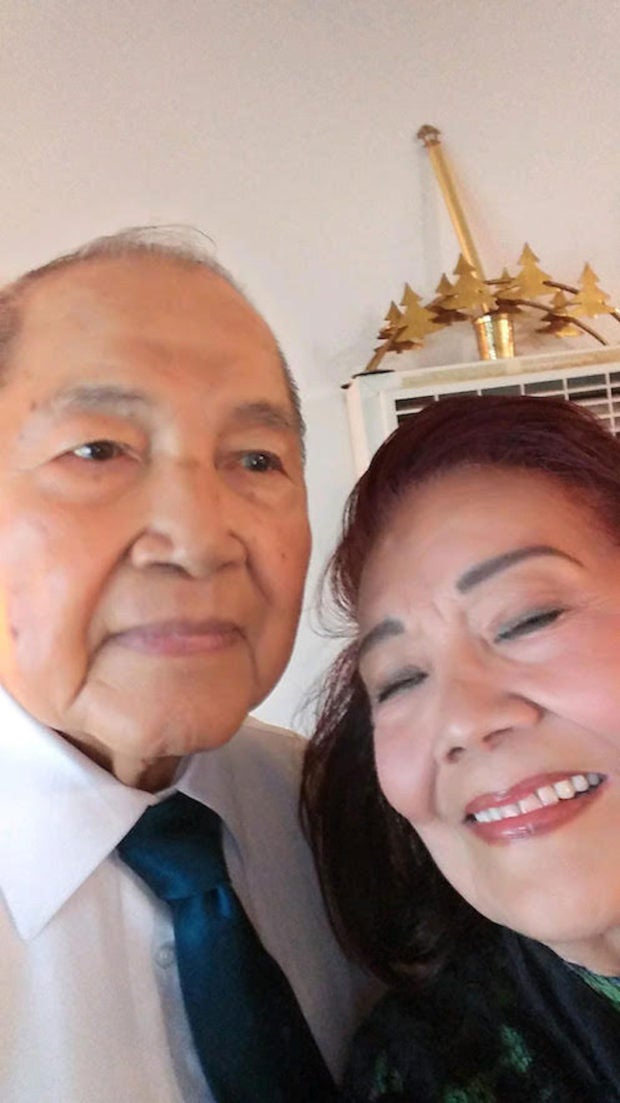 Blessed with good health and great energy, near-nonagenarians Aurea and Rosauro Cruz plan to continue serving the community in 2020 and beyond. INQUIRER/CM Querol Moreno

SAN FRANCISCO – A couple nearing their 90s has been unexpectedly spending the holidays at the intensive care unit of this city’s county hospital, after a worrisome mishap that interrupted their dedicated volunteer work for children and fellow senior citizens.

Zuckerberg San Francisco General was the last place Aurea Cruz had expected to celebrate her 88th Christmas, but that’s where she has been counting down to 2020 since the week before Christianity’s biggest day. She had kissed her husband of 53 years goodbye as he alighted their rideshare at their Colma residence to Burlingame some 20 minutes away in central San Mateo County.

Rosauro Cruz often took public transportation on his shift as a Foster Grandparent, a volunteer program placing older adults as mentors and caregivers to children with special needs.  He was assigned to assist teachers at a school on 87th Street in Daly City, a bus ride from home.

December 17 was an extra-special day for the retired civil engineer originally from Batangas outside Metro Manila.  After 10 years, he was graduating from the program coordinated by Senior Focus of Mills-Peninsula Health Services.

The gig was gratifying, with perks of a tax-free stipend, transportation and meal reimbursements; but at 89, Rosauro was looking to take a break with his loving life partner, herself a bundle of energy.  Besides, they were scheduled to fly to the Philippines in March for a wedding.  Perhaps they could savor the warmth and company of relatives and childhood friends longer than the month-long vacations they had taken every year, he thought. 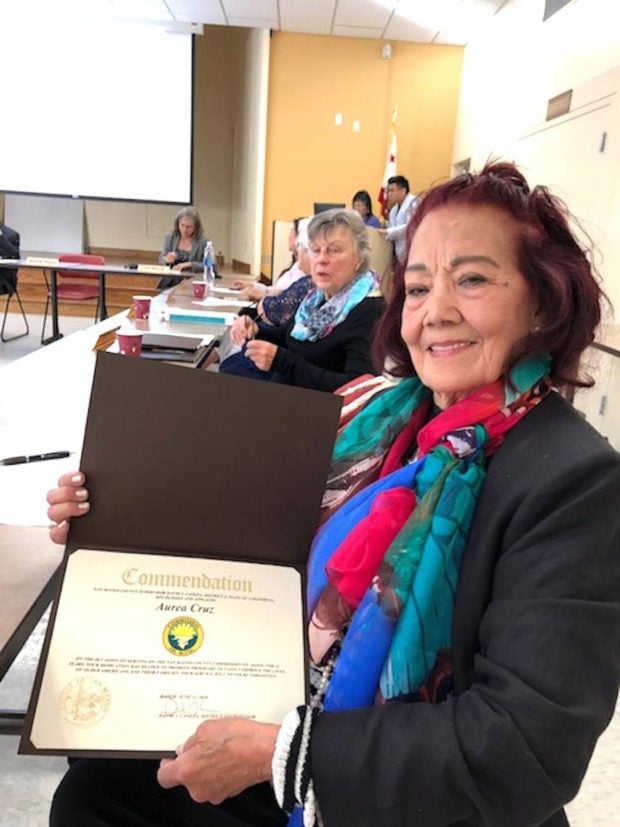 Aurea would check in on her husband occasionally via text while attending to her own commitments as president of the Legion of Mary at Church of the Holy Angels, a Catholic parish a few strides away from their home.  In her last contact afternoon of December 17, she confirmed he had boarded the SamTrams bus with co-volunteers, and should be home soon.

Rosauro never arrived at San Pedro Commons, the four-story building where the Cruzes have lived for 16 years and are known for sharing information about resources for the newly-arrived or in-need.  His peers had disembarked at their stops and recalled their elder waving at them in anticipation of his own destination, Aurea learned in follow-up texts to his fellow Foster Grandparents.

“I was getting frantic because it’s not like him to be late or not advise me of his plans,” Cruz told INQUIRER.NET.  She had recently concluded 12 years as a Commissioner with the San Mateo County Commission on Aging, one of 17 volunteers officially advising the County Board of Supervisors on issues facing her generation, specifically Filipinos and residents of North County.

She was aware of fragile older adults unconsciously wandering off, which she was confident was not a concern with her husband.  Like her, he enjoyed good physical and mental health, the envy of the juniors in their circle.  He copes with anemia, however, that he manages by making sure to eat regularly.

Their landline suddenly rang.  The caller asked if he had reached the home of “Rosario Cruz.” More than her annoyance at the misnaming of her husband, Aurea was irked by the timing of what she suspected was a scam attempt. Again, her heightened vigilance to the vulnerability of older adults as a former Commissioner kicked in.

“No hablo Espanol, pero entiendo,” she replied to the next question before hanging up abruptly.

“This is the home of Rosauro, not Rosario Cruz.  What is this about,” the normally unflappable Aurea was losing patience.

The response shook but did not stun her.

“I’m calling from San Francisco General Hospital.  Your husband is in our emergency department.  You need to come here right away.”

Others probably would have dropped the phone and rushed over, but Aurea demanded assurance.

She wanted to verify the legitimacy of the call.  Then the identity of the caller: Nurse? Doctor?  Her main question:  Is my husband conscious?

Rosauro was awake and sharp as ever, she was told.  But he was unclear about the circumstances that led him to Emergency.

“A Good Samaritan may have taken him in,” Aurea surmised, always looking on the bright side. She was informed of the 911 report stating that the emergency was in response to the patient accidentally falling.  There was no evidence of foul play, she was told, and police were not involved.

“Thank God he suffered no trauma,” Aurea said of the results of tests at the facility that touts itself as the only state-of-the-art Level 1 Trauma Center or provider of the highest level of such care in San Francisco and Northern San Mateo Counties, thanks to an endowment from the world’s richest millennial couple.

She stationed herself close by as he lay in intensive care with 24-hour coverage by general surgeons and later when he was released to a room on the regular floor.

At press time Rosauro was about to be moved to a physical rehabilitation facility in Millbrae near the offices of Senior Focus.

California Department of Health statistics show that falls caused 41 percent of injury deaths and 70 percent of injury-related hospitalizations in 2014 among older adults in California.  Over 1,700 Californians 65 years and older died as a result of a fall in 2013.

The Cruzes’ hour of uncertainty brought out acts of kindness.  From the unidentified person who had called 911 to the maintenance worker at their residence who had insisted on driving her to the hospital instead of hailing a rideshare as she urgently requested after she got the first call. Colleagues at their church and volunteer organizations offered encouragement. The physicians, clinicians and hospital staff were attentive. The outpouring of support and encouragement strengthened the couple. The pair is not unlike many older couples who had immigrated after retirement, a bold move considering their their children live with their families across the globe in Australia and Manila.

Aurea came to this country in 1999.  She ended her employment as HR head at the Hyatt Regency in Manila upon approval of her brother’s petition to join him in the United States. Rosauro followed her in 2003, and the pair has been living independently, building their extended family and network of confidantes, becoming pillars of their community.

“God is always watching over us,” she shared her gratitude for the outcome of the mishap that is often life-threatening.

The incident has inspired rather than discouraged Aurea, who is constantly looking for more opportunities to serve.

“I hope what happened is not a sign for me to stop and instead focus on your ‘Kuya,'”‘ she referred to Rosauro, who admires his wife’s community engagement but is more the homebody than she.

“I’ve tried to step down from my commitments, but when I’m elected to lead, how can I turn my back on the call to share my gifts?” Aurea says.