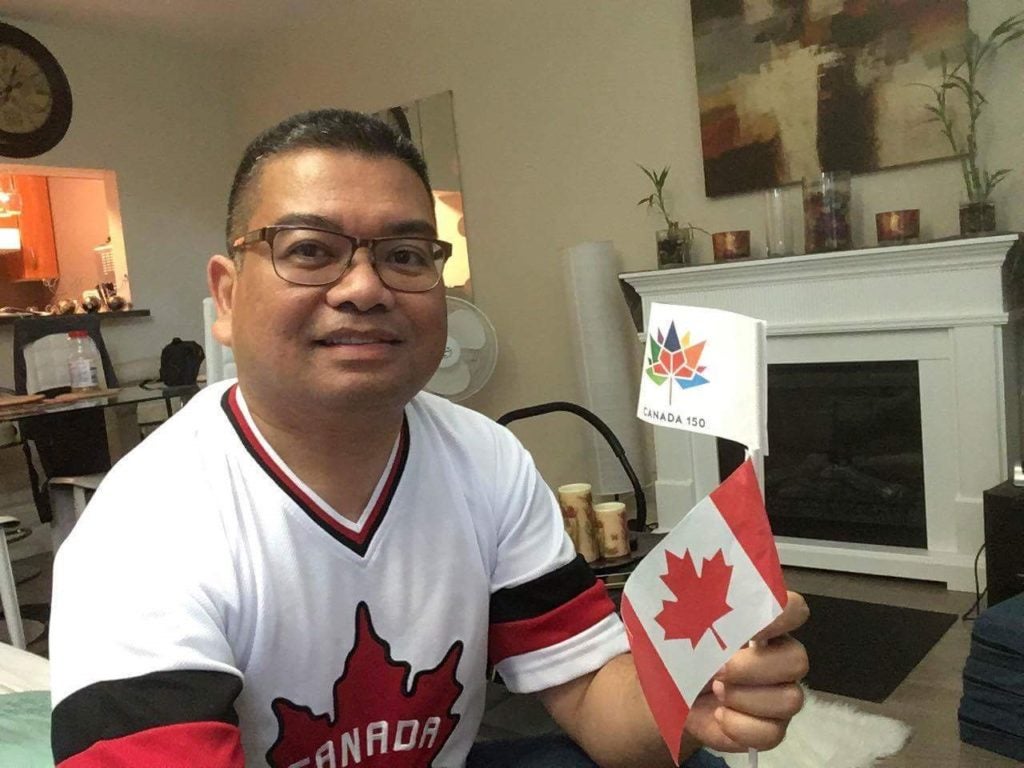 WINNIPEG, Manitoba — July 1st marked 150 years of the Canadian Confederation. It’s celebrated as Canada Day. For Filipino Canadians, immigrants, newcomers and international students, Canada Day also means the acknowledgement of the country as a tapestry of varied cultures and races co-existing with each other.

In 1971, Canada became the first country to declare multiculturalism as an official policy. According to Immigration, Refugees and Citizenship Canada (IRCC), Canada affirms the “value and dignity of all Canadian citizens regardless of their racial or ethnic origins, their language, or their religious affiliation.”

Canada’s policy of multiculturalism ensures that all citizens are equal, can keep their identities, take pride in their ancestry and have a sense of belonging. Canada recognizes the potential of all Canadians, encouraging them to integrate into their society and take an active part in its social, cultural, economic and political affairs.

Max Tuazon, Jr., who works as a logistics specialist in Vancouver, acknowledges and appreciates Canada’s multiculturalism. Max came to Canada in 2003, became permanent resident in 2006, and Canadian citizen in 2010. He says, “Canada Day for me is a celebration of diversity and inclusiveness. People of different cultures, ethnicity, religion and sexual orientation can actually co-exist in harmony with each other.”

Canada’s liberal immigration and cultural policies have made a huge impact on Filipino immigrants. According to Statistics Canada, Canada was home to about 6,775,800 foreign-born individuals in 2011, which means one in five people were immigrants. The number of Filipino immigrants almost doubled (95%) from 232,665 in 2001 to 454,335 in 2011, ranking Filipinos among the largest foreign-born groups in Canada.

Filipinos are currently the third-largest Asian Canadian group, after the Indians and Chinese, and the largest Southeast Asian group in the country. Regions with significant Filipino populations are mostly in urban areas in Toronto, Winnipeg, Calgary, Edmonton, Vancouver, Ottawa, and Montreal.

In Canada, Filipino immigrants have contributed to the economic growth of the country—as teachers, technicians, office workers, doctors, garment workers, nurses and caregivers. Currently, approximately up to 20,000 immigrants come to Canada annually.

With the immigration policy in limbo in the United States, Canada seems to be the better alternative to Filipino immigrants. While teachers have saturated the Canadian labor market, healthcare professionals, knowledge and IT workers will continue to be needed by a society whose population is aging.

In 2016, those aged 65 and above made up about 16.5% of the population. By 2060, this group will form about a quarter of the population. In comparison, the population between 15 and 30 years old will decrease from 19.3 % to 16.9 % over the same time frame. This means, the demographic changes will impact Canada in a big way. The declining work force will necessitate an increase in immigrants to fill that gap. For Filipinos, this could serve as an opportunity.

How do Filipinos thrive in Canada? Filipinos turn to groups and associations for support and camaraderie. In Manitoba alone, there are about 60 to 70 Filipino associations representing schools, geographic regions, religious groups, linguistic ties, among others.

For instance, the University of the Philippines Alumni & Associates in Manitoba, Inc. (UPAA), founded in 2008, is a loose organization with its own constitution and bylaws. It has about 60 members and organizes sports festivals, fundraising events, and picnics in Manitoba’s favorite parks.

The 204 Filipino Marketplace, a Facebook group established in November 2015, has about 21,000 members. It connects Filipinos in Manitoba and serves as venue for members to interact, share experiences and post news about businesses. 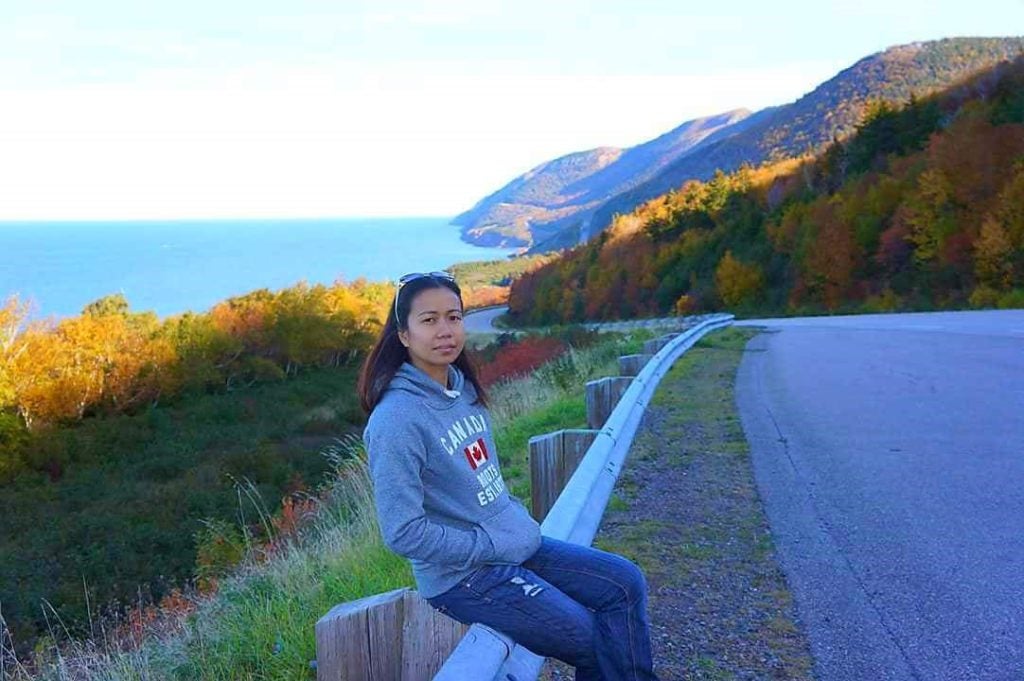 Vivian de la Cruz prefers the laid back lifestyle in Nova Scotia to the frenetic pace in Toronto and looks forward to becoming a Canadian citizen soon. CONTRIBUTED

Filipino food, which is almost the first item missed by Filipino immigrants, fueled the opening of Filipino restaurants in the country. These include La Mesa Filipino Kitchen, Casa Manila, and Lola’s Kusina in Toronto; Max Restaurant in Toronto and Vancouver; Junior, Pinoy Pansitan, and Fiesta Pilipino in Montreal; and Jollibee in Manitoba.

Jollibee, noting the high density of Filipinos in Manitoba, opened in Winnipeg in December 2016; it serves thousands of Filipinos who have sentimental feelings about the home-grown restaurant, best known for its chicken, sweet spaghetti, and yes, langhap-sarap hamburger.

As Canada continues to be a viable and attractive haven for Filipinos, its citizenship law was recently amended to cater to immigrants. Bill C-6, an act amending the Canadian Citizenship Act received parliamentary Royal Assent in Ottawa, the nation’s capital, on June 19, 2017.

Significant changes include: removal of the age requirement for citizenship (allowing minors under 18 years to apply for citizenship without a Canadian parent); provision of reasonable measures to accommodate the needs of persons with disability; requiring physical presence of applicants in Canada for three out of five years (rather than the previous four out of six years); inclusion of time spent by temporary residents on a work or study permit towards the physical presence requirement for citizenship; and considering statelessness as stand-alone ground for a discretionary grant of citizenship.

The amendments to the Citizenship Law are certainly welcomed by Filipino immigrants. Vivian Oclarino dela Cruz, a food service staff in a homecare facility in Nova Scotia, became a permanent resident in 2013 under the provincial nominee program. Eligible for Canadian citizenship this year, she has no regrets about immigrating to Canada six years ago. She previously worked in the food industry in Taiwan and decried the fact that Taiwan has no policy to integrate workers or offer permanent residency.

She became attracted to Canada primarily because of its liberal immigration policy, and secondly, because of the accommodating, welcoming and helpful nature of its citizens. She prefers the laid back lifestyle in Nova Scotia to the frenetic pace in Toronto, and looks forward to becoming a Canadian citizen soon.