But the tech-rich Nasdaq Composite Index gained 0.1 percent to wind up at 8,952.88, yet another all-time high.

Investors have been in a cheery mood most of the fall as the outlook for US-China trade talks improved, reducing uncertainty, and most economic reports have been good.

I'm gonna tell my kids this is the first pick-up pic.twitter.com/RyNcYfIZ33

The day before Christmas is usually the start of a “Santa Claus rally” in stocks, a traditionally robust period for equities when many traders are off for the holidays.

“Investors must feel as if they were extra good this year,” said CFRA Research Chief Investment Strategist Sam Stovall, who noted that both stocks and bonds rose solidly in 2019.

But the sleepy session was punctuated by some big developments. 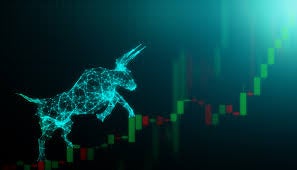 The documents “appear to point to a very disturbing picture” about Boeing’s response to safety issues regarding the 737 MAX, an aide to the US House Transportation Committee told AFP.

The company sent the documents to the committee late Monday, hours after announcing it had ousted Dennis Muilenburg as chief executive and installed Chairman David Calhoun in the post. Shares had rallied on the leadership change.

Meanwhile, Uber co-founder Travis Kalanick on Tuesday severed his last ties with the ride-hailing giant, announcing he would exit the board of directors at the end of 2019.

US financial markets will be closed Wednesday for the Christmas holiday.