Authorities said they will begin the process to exonerate a Houston man who was convicted in a 2010 fatal stabbing that investigators now believe was committed by someone else.

Lydell Grant, 42, was freed on bond last month after a new analysis of DNA found on the victim’s fingernails pointed to his innocence in the killing of 28-year-old Aaron Scheerhoorn.

Authorities undertook a new investigation, and the Harris County District Attorney’s Office said Friday that Grant has been eliminated as a suspect and another person has been arrested in Scheerhoorn’s slaying.

The new analysis ruled out Grant as a suspect, and instead, pointed to Jermarico Carter, according to @HarrisCountyDAO. After months of searching, Carter was located in GA. @Atlanta_Police traced him to a local business and brought him into custody on unrelated charges. (2/2) pic.twitter.com/NNK1GbPqqx

“We are relieved that Lydell’s wrongful conviction has had this important breakthrough.

We look forward to his full exoneration at the Texas Court of Criminal Appeals,” said Mike Ware, who is the executive director of the Innocence Project of Texas and one of Grant’s attorneys.

Grant has served seven years of a life sentence. 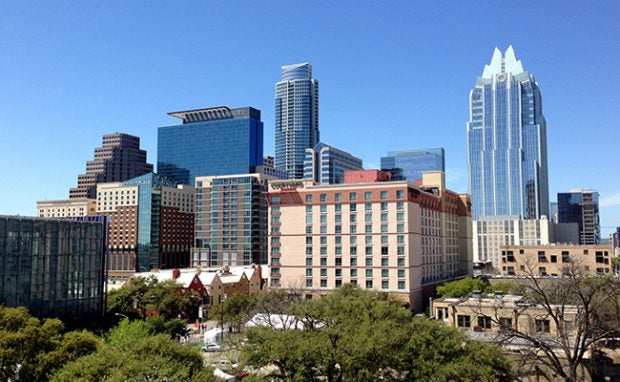 Houston police detectives learned Carter had been near the club where Scheerhoorn sought help after being stabbed.

Police say Scheerhoorn was turned away from the club and witnesses at the time told investigators they saw Grant stab him several more times before fleeing. Grant was convicted in 2012.

Police tracked down Carter in Georgia, where he was arrested Thursday.

“The highest responsibility of a prosecutor is to see that justice is done and ensuring that we have the correct individual charged is a baseline responsibility,” Ogg said in a statement.

“On behalf of the Houston Police Department, I want to extend an apology to Mr. Grant and his family as they have waited for justice all these years,” Acevedo said in a statement.

The fingernail evidence was retested with more advanced technology than had been available during the initial investigation.

The retesting resulted in a hit on the FBI’s Combined DNA Index System that pointed to Carter.

“We look forward to presenting this new evidence in court and obtaining justice for Scheerhoorn’s family.

We will begin the exoneration process for Lydell Grant immediately,” Ogg said.

While the new evidence will be presented before a judge in Houston, the Texas Court of Criminal Appeals will have the final say in declaring Grant innocent of murder.

Mistaken eyewitness identifications contributed to more than 70% of the more than 360 wrongful convictions in the U.S. that have been overturned by post-conviction DNA evidence, according to the Innocence Project.