US Pentagon is “Prepared for Whatever” From North Korea

The Pentagon’s top general said Friday the US military is ready for anything from North Korea in the face of Pyongyang’s ominous promise of a “Christmas gift” if Washington does not act to ease tensions.

“Korea is one of those places in the world where we’ve always maintained high levels of readiness,” said General Mark Milley, the chairman of the Joint Chiefs of Staff.

The US alliance with Japan and South Korea is “rock-solid,” he said.

“I think it’s prepared to defend the interests of the United States, Japan, and South Korea at a moment’s notice,” he told reporters.

Milley declined to say whether US and allied forces in the region had stepped up readiness in the face of the possibility that North Korea could test a new nuclear-capable missile in the near future.

“North Korea has indicated a variety of things. And I think you’re aware of all those. So we are prepared for whatever,” he said.

Speaking next to Milley, US Defense Secretary Mark Esper said the US was ready “to fight tonight” if necessary, but stressed the need for diplomacy with North Korea. 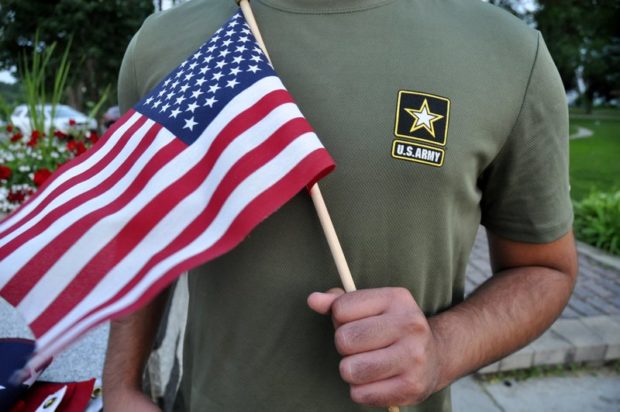 “I remain hopeful that we could get the process started again and remain on the diplomatic path,” Esper said.

Pyongyang has shown frustration at the lack of sanctions relief after three summits with President Donald Trump.

Earlier this month it promised a “Christmas gift” if the US does not come up with concessions by the end of the year after it placed a moratorium on long-range missile tests.

US-North Korea negotiator Stephen Biegun — just confirmed to the number two position in the State Department — visited Seoul, Tokyo, and Beijing this week for discussions on the regional security situation.

In Seoul, he called Pyongyang’s comments “so hostile and negative and so unnecessary.”

“It is time for us to do our jobs. Let’s get this done. We are here and you know how to reach us.”

A provocative missile test, he added, “will be most unhelpful in achieving lasting peace on the Korean peninsula.”