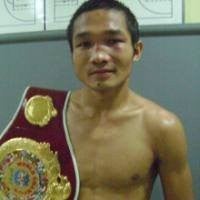 Both fighters, who are managed by SMG and Platinum Timing (owned and operated by Germaine Gillies), are scheduled to make their Star Boxing debuts in early 2017.

A former world title contender, Farenas (41-5-4, 33 KOs), who started his career as a bantamweight, will now be campaigning at lightweight.  Trained by Marvin Somodio at Freddie Roach’s Wild Card gym, Farenas is a stablemate of superstar Manny Pacquiao.

Having won his last two fights, the Philippine-born fighter has not been in the ring since October of 2015.  With his new management team and promoter, his goal is to get back into world title contention with the possibility of fighting for a world title by the end of 2017.

“I’m very pleased to be fighting under the Star Boxing banner,” said Michael Farenas. “I want to thank my co-managers, Bill and Germaine, for believing in me.  I know I have a lot of fight left in me and I know that I’m fighting at lightweight (135 lbs.). I’m a stronger fighter today and I’m looking forward to a new beginning with my new team in place.”

Pagcaliwangan (9-0-1, 7 KOs), who is of Philippine decent, but born in Ontario, Canada, will be campaigning at super-bantamweight.  His last fight was in April 2015, so he too will be looking to stay busy in the upcoming year.

“With all my fights, having been fought in Canada, I’m really looking forward to making my USA debut with Star Boxing,” said Marc Pagcaliwangan. “I have a solid management team now so I know I’ll have all the proper support to make my march toward a world title.  I plan to relocate to Oxnard, California, in the beginning of 2017 and start training with my new coach Robert Garcia.  I can’t wait to get back in the in the ring.”

“SMG is very proud to have two hard hitters, in Farenas and Pagcaliwangan, join our team,” said SMG’s Bill Halkias. “Both fighters possess the power, speed and skills to become world champions.”