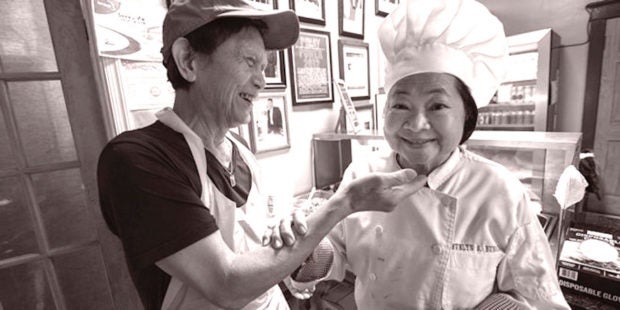 Evelyn Bunoan and her husband, Oscar, set up a foundation aptly called CHEW – Cancer Help Eat Well. For many years now, the couple has been serving people with cancer and others who have problems eating well. PAUL I. TAÑEDO

ARLINGTON, Virginia — Oscar and Evelyn Bunoan are well known in the community for the amazing food they serve at their modest grocery store in Arlington, Virginia – the Philippine Oriental Market & Deli. From the time it opened 42 years ago, the place has been constantly busy.

These days, it’s just the two of them running the store. There are long lines at lunchtime. And they get frequent calls for catered meals or large orders for birthday parties.

Chef Evelyn has won many awards for her cooking. And deservedly so. She goes on TV shows to talk about Philippine cuisine. And she gladly shares her recipes with Manila Mail readers in her column “Evelyn’s Kitchen.” 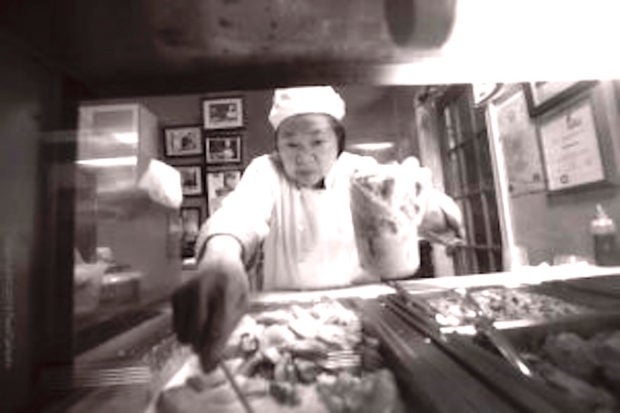 When a dear friend died of cancer, Evelyn Bunoan realized that cancer patients need to eat nutritious food during chemo. PAUL I. TAÑEDO

Oscar, for his part, is the ever-constant companion. He’s the all-around helper who does the driving and shopping, chopping and cleaning. When routines get stressful, he cheers her on with his smile and sense of humor. In turn, she makes sure his “green” jokes are always clean for publication.

But there’s something about Oscar and Evelyn not very many people know. Many years ago, someone they both loved dearly died of cancer. She was in her 30s. Evelyn watched her very close friend die as cancer took a toll on her frail body. She later learned that the chemo treatments affected her friend’s appetite as she struggled to eat. Her body wasn’t getting the nutrients it needed. 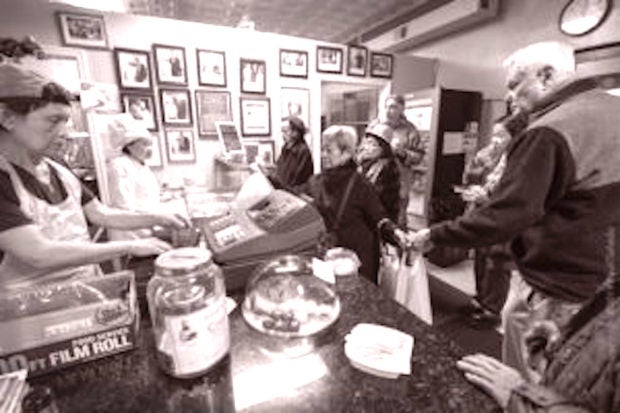 Paul I. Tanedo photographed Oscar and Evelyn Bunoan at their store one rainy Sunday afternoon, which was bustling with hungry customers. As he clicked away, Paul noted the couple’s generosity, inviting him to “eat first” before going to work with his camera: “I’m so touched and I realized that their spirit of kindness and giving is the music they dance to. It’s a happy dance and good food, made by these lovers.” PAUL I. TAÑEDO

The devastating loss was an eye opener. Months after her friend’s death, Evelyn and Oscar established a foundation aptly called CHEW – Cancer Help Eat Well. For many years now, the couple has been serving people with cancer and others who have problems eating well.

She cooks healthy meals, and they deliver them to patients who are too sick to cook. Many of them are people in the community they have known for years. And some are strangers referred by friends.

“We care that they eat well and stay healthy,” says Oscar. “If Evelyn’s cooking can make a difference, that means a lot to us. It’s very satisfying.”