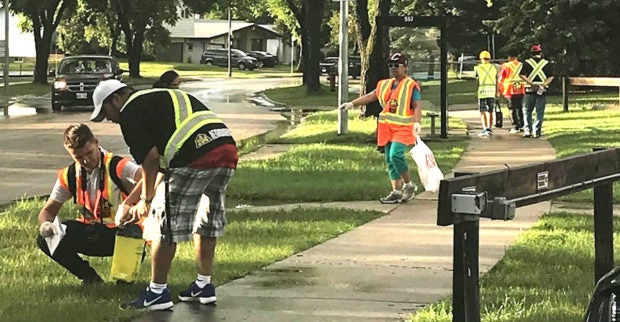 Members of 204 Neighbourhood Watch (204NW) on one of their weekly patrols. CONTRIBUTED

GARDEN CITY, Manitoba – After a 16-year-old Filipino girl in 2017 was threatened at her door by two men with machetes, the Filipino community came together to set up 204 Neighbourhood Watch (204NW).

“We wanted to plan something to increase safety,” founder Leila Castro told CHVNRadio.com. “We talked about it and we said, ‘We need a better home for our children and for every family in Winnipeg and Manitoba regardless of if they were Filipino or not.'”

Then, on December 9, 2019, the Crown Attorney’s Office asked the group to render psychological first-aid to the family of a Filipino man who was murdered during a robbery at a railroad track. 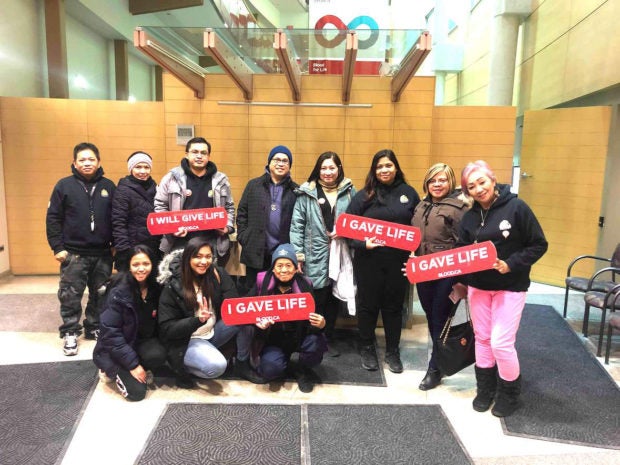 Some of the 204NW members after a blood donation drive event. CONTRIBUTED

Neighborhood watch members soon realized that the robbery-murder traumatized many families other than the victim’s. Seven members from the watch group received training in psychological first-aid over a two-weekend session.

Along with weekly patrols and psychological first-aid, 204NW hosts community events and volunteer at different organizations across Manitoba.

LATEST
Veteran broadcast journalist Rico Hizon joins CNN Philippines
‘I’ve been a doctor long enough to know that miracles do happen’
Quaran-things to note: Delivery options
Faces of the News: Charles, Prince of Wales
DFA: 4,000 Pinoy crew of cruise ship arriving
MOST READ
usa Fil-Ams braving frontlines against coronavirus
usa PH-born Filipina is state of Washington’s top adviser on COVID-19
usa Priests as COVID-19 frontliners
usa A day in the life, in the Age of COVID-19, Part 1
usa The power of lying
usa How we’re are coping with the pandemic across the globe
usa Loss of smell, taste, might signal pandemic virus infection