A Fil-Am’s ‘grand jete’ to success 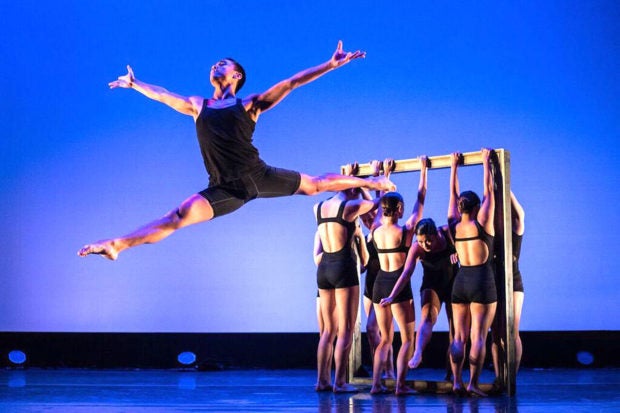 “Most of the time, people either assume I am an exotic dancer, or it’s only a hobby, so they ask for my ‘real’ job. I am a freelance dancer, instructor and choreographer!” Jestoni Dagdag exclaims.

It was September 25, 2005, three months away from Christmas day, when Jestoni Dagdag, then 14 years old followed his mother who was petitioned earlier to immigrate to the United States. His father and his siblings followed a few years later. Jestoni has not been back to the Philippines since.

“At the age of 14, I basically started a new life,” Jestoni says.

Like most immigrants, especially for an LGBTQ+ (lesbian, gay, bisexual, transgender, queer+) like him, trying to fit in had been a struggle.

Jestoni, now 28, admits that sexuality was a huge part of his struggle. In the Philippines, he was bullied for being effeminate and was always called “bakla.”

Later, he found a group of Filipino friends in school and in his local church. He said that it gave him a sense of belonging and community.

“I remember being my flamboyant self around them, but then at home, I was just a typical angry teenager. I didn’t know how to express my feelings because I couldn’t be my authentic self,” Jestoni says.

“In the U.S., there were occasions where I came across bullies in high school, but at that point I had learned to ignore or to not attract attention towards myself,” Jestoni explains. 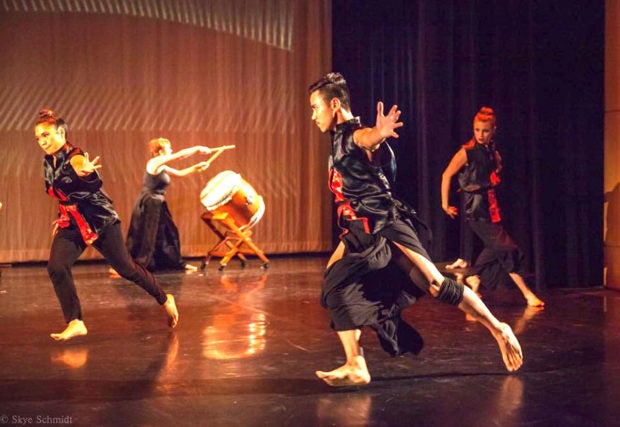 DAGDAG Dance in a performance. CONTRIBUTED

He says that despite the progress and changes in the American society, it is still tough being a gay in the U.S. He mentions that hate crime against the LGBTQ+ community is on the rise. He quotes a report of the Human Rights Campaign: “2019 has already seen at least 22 transgender or gender non-conforming people fatally shot or killed by other violent means.”

Life as a dance

His frustrations led him to music and the arts. “I was supposed to pursue nursing in college, but I knew it wasn’t for me. Out of curiosity, I

enrolled in a dance class for a P.E. credit, and I completely fell in love with it” Jestoni recalls.

Through dancing, he discovered a way to express himself through movements. Dancing gives him a purpose and a sense of adventure. Instead of hating his body and sexuality, he was finally able to share his struggles, vulnerability and joy through his choreography.

In 2015, Jestoni graduated from the University of California, Irvine with a BFA in Dance Performance. He then started a freelance career performing works by Shaun Boyle, Donal Mckayle, and Chad Michael Hall.  He also worked with contemporary dance companies in Southern California, like Re:born Dance Interactive, Palm Dance Collective LA, Kelly Alvarez & Dancers, and Fuse Dance Co. He trained in ballet with Southern California Dance Theatre under the direction of Paula Vreulink, performing lead roles in its full-length productions of The Nutcracker, Coppelia, Sleeping Beauty, and Cinderella.

“I seem to find myself inspired by different styles whether that is ballet, Filipino ethnic dance, jazz, modern, Latin dance, Butoh, etc. By taking little bits of these styles in my own choreographic works, I am able to create something that is personal to me. It becomes more contemporary rather than a strict singular foreign style,” Jestoni explains his favorite genre.

Contemporary dance combines elements of several genres like modern, jazz, lyrical and classical ballet. Dancers try to connect the mind and the body through fluid movements. Jestoni says that contemporary dance is an evolution of one’s life experience through movement.

“It is about un-conditioning the conditioned. It begs to break barriers and to welcome change.”

To become a professional dancer, one must be competitive. A professional dancer has to train like an athlete and live a certain lifestyle to keep up with both physical and mental demands. Only a few full-time dance companies offer salary and benefits, Jestoni says.

“You have to have a thick skin and learn to be creative to make the most of your dance career. On the bright side, dance as a job can also include being a choreographer, teacher, director, producer,

Dance is becoming popular in the United States. Dance programs are being offered in universities across America. According to National Association of Schools of Dance (NASD) an organization of schools, conservatories, colleges, and universities, there are approximately 83 accredited institutional members.

In 2017, Jestoni founded DAGDAG Dance in Long Beach, CA. Its website (https://www.dagdagdance.com/ ) states that the company “provides performance opportunities for local dancers and musicians to work closely in a collaborative and professional environment.” It also aims to produce works that touch the soul, stir emotion, and spark imagination. 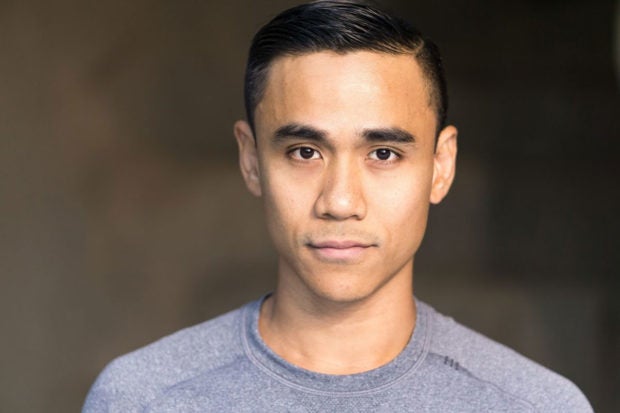 On November 16, DAGDAG Dance introduced its first full-length evening show, “Passage,” with two sold out performances at Diavolo Performance Space in Los Angeles. It consisted of several works that centered around human relationships and the search for identity, community and self-acceptance. The production was composed of 19 dancers and 3 musicians.

Jestoni best describes his dance career as grand jeté, a ballet term that means a jump. The dancer springs from one foot to land on the other. It also creates an illusion of flying. A dancer lands gracefully but also risks accidently spraining or breaking his legs.

“My parents took that big leap of faith to move here in the U.S. so we can have a better future. Now as an adult, I have had a few share of ‘grand jetés’ to realize my potential to become what I aspire to be in

He believes that dancing is for anyone who is willing to be trained and has a lot of self-discipline.

“Everyone has a special path and purpose. It’s important to cultivate your strengths and to recognize your weaknesses so you can patiently work on them as well,” he says.