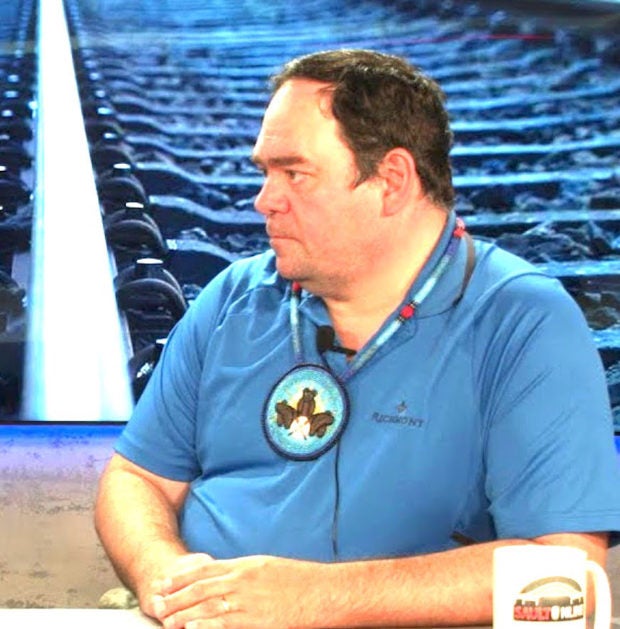 Missanabie Cree First Nation Chief Paul Gauthier attended the Filipino community Christmas party in Sault Ste. Marie, Ontario and announced that he will send a gift donation for a flag pole so that the Philippine flag can be raised at a city landmark. SCREENGRAB

Jason Gauthier, Missanabie Cree First Nation chief, a guest at the 8th Annual Filipino Canadian Christmas Party at the Marconi Multicultural Event Centre, announced the First Nation is donating $1,000 toward the raising of the Philippine flag among those of many other nations outside the Sault’s Civic Centre.

Rivera, a hospital worker and Sault Ste. Marie for 15 years, said there are over 100 people living in Sault Ste. Marie who come from the Philippines or are of Filipino descent. The Christmas party, attended by over 150 people, was open to all cultures to enjoy and included music, traditional Filipino singing and dancing along with Filipino food.