‘Warm’ hotlines give help before mental health crisis heats up

‘Warm’ hotlines give help before mental health crisis heats up 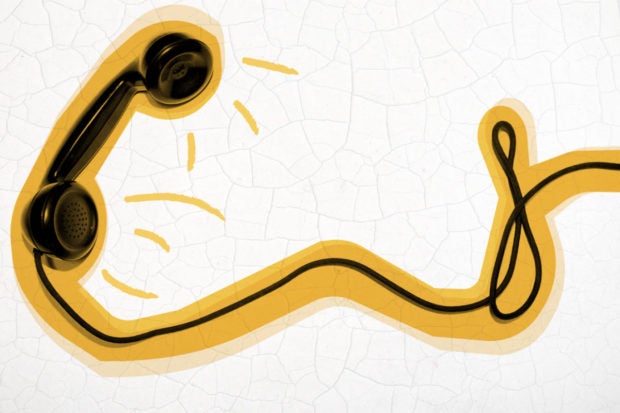 Unlike a hotline for those in immediate crisis, warmlines provide early intervention with emotional support that can prevent a crisis — and a more costly 911 call or ER visit. (Hannah Norman/KHN Illustration)

A lonely and anxious Rebecca Massie first called the Mental Health Association of San Francisco “warmline” during the 2015 winter holidays.

“It was a wonderful call,” said Massie, now 38 and a mental health advocate. “I was laughing by the end, and I got in the holiday spirit.”

Massie, a San Francisco resident, later used the line multiple times when she needed additional support, then began to volunteer there.

Now anyone in California who needs a little help — or even a referral to a professional therapist — can receive it by phone or instant message. In October, the San Francisco-based warmline expanded beyond Northern California to cover the whole state through a state budget allocation of $10.8 million for three years.

Unlike a hotline for those in immediate crisis, warmlines provide early intervention with emotional support that can prevent a crisis — and a more costly 911 call or ER visit. The lines are typically free, confidential peer-support services staffed by volunteers or paid employees who have experienced mental health conditions themselves.

“People pay attention when the biggest state in the union decides to say mental health services are not just for crisis,” said Mark Salazar, the San Francisco association’s executive director.

Such help lines aren’t limited to California, though. About 30 states have some form of a warmline within their borders, including in Salt Lake City and Omaha, Neb. Still, the loose network of call lines faces no regulation or standardization. They’re relatively new, so they haven’t been extensively studied. And their advocates admit quantifying results can be difficult.

Better known are the suicide crisis lines for those who need help immediately. This summer, the Federal Communications Commission proposed a 988 national hotline number for those considering suicide or having a mental health crisis. Yet mental health advocates say warmlines help fill another important health care gap.

“Warmlines help people who think, ‘I don’t know why I’m not feeling great, or who to turn to, or where to get care, and I don’t know for sure if I even need care,’” said Sarah Flinspach, a project coordinator for the National Council for Behavioral Health, which advocates for mental health care services. “It might be the call that helps someone go back to work that day.”

Since the San Francisco Peer-Run Warm Line began in 2014, it has answered more than 100,000 calls and served more than 5,000 people. Approximately 85% of callers were repeat users, said Salazar, and that’s just fine.

“Many people are housed, have jobs and function in society, but they’re struggling,” said California state Sen. Scott Wiener, a Democrat from San Francisco who backed the statewide expansion of the line. “They don’t necessarily need full intervention — they just need support. In the peer-to-peer situation, they can take from someone’s firsthand experience and learn how to navigate these problems.”

People often struggle to access basic mental health services without such help, according to Wiener. “They have the choice between nothing, a friend or going to the ER,” he said.

Warmlines can fill a need in rural communities where access to care is limited or provide after-hours support in urban areas, said Rebecca Spirito Dalgin, who has studied warmlines and directs rehabilitation counseling at the University of Scranton in Pennsylvania.

Advocates say they also can save public money by preventing simmering teapots from boiling over.

Angel Prater, a peer support expert, co-authored a federally funded report in 2015 of Oregon’s Community Counseling Solutions warmline that found the average cost of a single call to the line was about $10 over a five-year period, far less than the estimated $100 cost of a 911 call or a trip to the ER, around $700. By giving callers direct referrals to health care providers and helping them avoid higher levels of care, she added, the warmline saved approximately $1.2 million per quarter by 2016.

In addition, the warmline reduced crisis line calls and psychiatric hospitalizations, she said. It also gave police a resource if they encountered people undergoing a mental health challenge who didn’t require a higher level of services.

“We gave local law enforcement a little warmline card with our phone number,” Prater said. “They could pass it along if they felt someone needed no further intervention at that time.”

The Salt Lake County Warmline, begun in 2012, is part of an effective larger crisis intervention and diversion services program “that saves millions of dollars a year,” according to Barry Rose, crisis clinical manager at the University Neuropsychiatric Institute at the University of Utah. The line receives approximately 2,500 calls monthly, which includes repeat users.

“We’re making relationships as we get to know people and they get to know us,” said Rose, who is also a licensed clinical social worker. “Emotional support keeps us all healthy and establishes the kinds of connections we need in our lives.”

Safe Harbor’s state-funded warmline also began in 2012 and fields roughly 1,000 calls a month. An annual budget of $670,000 funds the line and a complementary on-site program for people to resolve their distress in person.

Calls Change A Day And A Life

A 2018 survey from the National Council and nonprofit philanthropy Cohen Veterans Network cited knowledge gaps as one of the primary barriers that prevent Americans from getting mental health care. It said 46% of those who have never sought treatment would not know where to go if they needed mental health services for themselves, a family member or a friend.

“It’s unimaginable, hard to conceptualize, for those who don’t work in this field, what the level of need really is,” said Quinn Anderson, who manages the National Alliance on Mental Illness HelpLine, which offers referrals to all sorts of mental health support.

Mental health advocates and users admit the warmline system isn’t perfect. Even people who are aware they exist may not get through immediately depending on the volume of calls.

Unlike some crisis lines, the network of warmlines doesn’t blanket the whole country, and many warmlines won’t take out-of-state calls. A caller out of geographic range may be directed to a line with closer resources. The quality of service offered by those who answer calls can be uneven, and few warmlines offer services in another language.

It can also be difficult to assess how effective the help is, said Spirito Dalgin, who authored studies about warmlines in 2011 and 2018.

“If services are funded on outcomes, how do we measure the outcome of these calls?” she said. “You need access to be able to follow a group of people using the warmline, and they need to self-report.”

Even then, quantifying results is tough. Brady said, “It’s hard to measure what doesn’t happen.”

The lack of tangible proof of success could jeopardize the widespread adoption of warmlines, even while basic and affordable mental health care remains hard to access. Still, some warmline operators are optimistic.

“We could see a national network for warmlines in about five years,” said Salazar. “That’s really needed since, day-to-day, no one really focuses on people who are not yet in crisis.”

How To Find A Warmline Near You