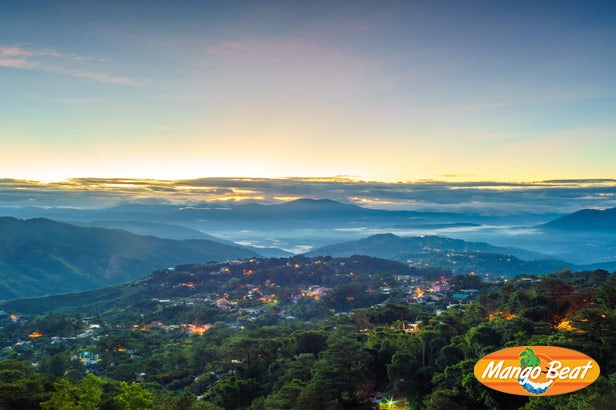 With 7,461 islands making up the archipelagic Philippines, many would think that the best way to cool down is as easy as driving to the mall or hitting the islands for a good refreshing swim or some cheery splashing at the beach.

How about trying something different for a change? The hills and highlands of many countryside destinations (where temperatures go lower than 16C) make the Philippines a cool, tropical place to be.

Located in the peaceful mountains of Northern Luzon, the Summer Capital of the Philippines, or the City of Pines, is a favorite escape from the hot, humid Metro Manila. A mere five-to-six-hour drive up the Benguet Province takes you to the city of pine-clad hills where locals and foreign tourists enjoy the cool climate and natural attractions. Its recent recorded lowest temperature was 7.3C in February this year; not bad for a tropical country!

During the American regime, Baguio served as a retreat for weary and homesick officials of the U.S. Armed Forces. The former capital of Benguet was designed and developed as an American town recognized as the summer residence of the American governor-general in 1909.

There are three major reasons why Tagaytay is among the country’s major tourist destinations. First, it’s only a short drive from Metro Manila. Second, it offers unadulterated views of the world-renowned Taal Lake and Volcano (yes, a volcano on an island within a lake on an island). Third, the climate is cool. Given its strategic location and advantages compared with other nearby provinces, Tagaytay has experienced rapid urban development, particularly with industrial estates.

While its natural and serene ambiance makes it a perfect haven for relaxation, it also thrives as a destination for weddings, honeymooners, food trips (the all-time favorite is bulalo, a hearty beef soup) and outdoor adventures.

With temperatures dropping to as low as 4C (50F) after dark, Sagada is the next best stop after a visit to the City of Pines. Want to see the picturesque sunrises and the sea of clouds popularized by the local indie film “That Thing Called Tadhana”? Then Kiltepan awaits you! Not only does this highland boast of authoritative views, but it also draws travelers who experience some of its hidden wonders through sightseeing, eco-tours, rock climbing and spelunking. Though a five-hour ride from Baguio may seem long, Sagada is undoubtedly worth the time.

A traveler couldn’t be more right when he said that Banaue was “something out of a movie.”

Through the dedication, hard work and passion of Ifugao natives, five clusters of 2,000-year-old rice terraces – the Rice Terraces of the Philippine Cordilleras — have been listed as a UNESCO World Heritage Site. The relaxing cool mountain breeze, pinikpikan, tapuy, wooden bikes and of course, postcard-perfect staircases of rice plots make this more than just a destination for tourists; it’s also a wonder that’s worth every praise as the most interesting of all the coolest places in the country.

Head on over to the central part of the Philippines where an upland town is dubbed the summer capital of Negros Occidental – Don Salvador Benedicto (popularly called DSB by locals), which is 2,500 feet above sea level. It was named after the province’s former vice governor who played a part in the founding of its revolutionary government during World War II. With spectacular views of zigzag mountain roads, eco-parks and a stunning waterfall, all enjoyed at a chilly 16C (60F), DSB could be the next Baguio (with fewer crowds).