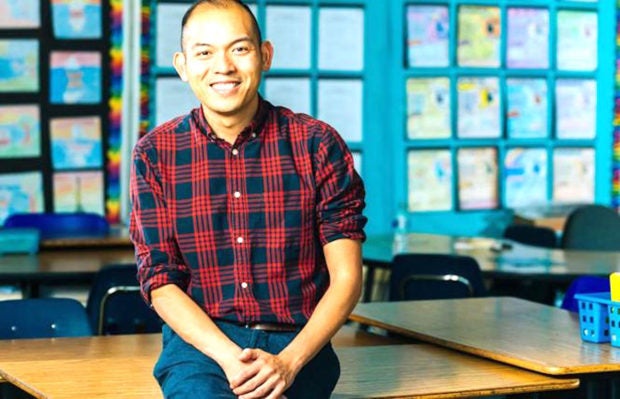 An underdog, Plata is running against incumbent Assemblyman Miguel Santiago (D-Los Angeles), who has held his 53rd Assembly District seat since first being elected in 2014. Santiago, the son of immigrants and the first in his family to graduate from college, won the endorsement of the state Democratic Party at its convention last month.

Plata, also from a family of immigrants, is challenging Santiago in a district where, Plata points out, 85% of the people in the district are renters yet only one renter serves in the Legislature.

The district comprises Koreatown (where Plata is a renter) Boyle Heights, Downtown Los Angeles, East Hollywood, Little Tokyo, MacArthur Park, and Pico Union as well as the cities of Huntington Park and Vernon.

Plata said incumbent Santiago has sponsored only one rent-related bill: “It was a rent tax credit he looked at and it failed,” he told The Bay Area Reporter. “He takes money from real estate groups and apartment owners associations. I was at the L.A. Pride parade and he was riding with the Greater Los Angeles Association of Realtors. It was their car he was riding in.”

Santiago has earned perfect scores five years in a row from Equality California, the statewide LGBT advocacy organization, whose policy is to support lawmakers who earn 100% on its scorecards in the two years prior to their election, according to The Bay Area Reporter.

“EQCA has been great at showing on their website who has been leading on LGBT issues. My incumbent, despite being endorsed by EQCA, is not a leader on LGBT issues,” said Plata.

Plata vows to bring much needed expertise on the issue of education to the Statehouse. He has worked as an educator the past 13 years, first as a middle school teacher, then an organizer, and now a trainer for incoming teachers.

Plata went to public schools including the California Academy of Mathematics and Science. He earned a full scholarship to the University of Richmond in Virginia, graduating in 2002 with degrees in theater and American studies with a focus on ethnic studies.

He joined the Teach for America program and was placed with a public school in Houston for two years. In 2008, he enrolled in graduate school at UC Berkeley, where he earned a master’s in performance studies.

On May 1 Plata officially launched his Assembly campaign. He told The Bay Area Reporter he has since raised more than $90,000, significantly more than anyone else who has run against Santiago, who reported having nearly $500,000 in his re-election account as of August 1.